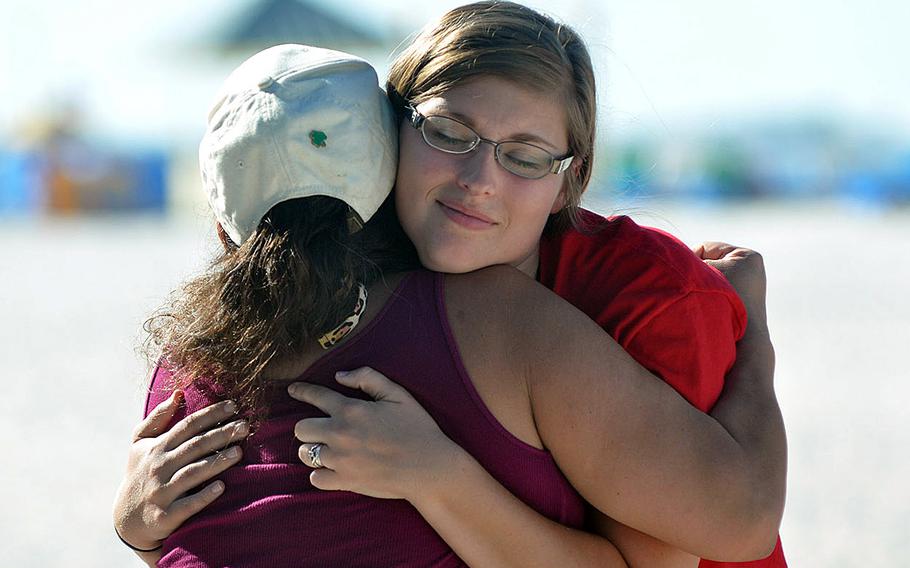 Two women hug at a remembrance ceremony during an October 2014 National Military Suicide Survivor Seminar in St. Petersburg, Fla. The program brings together survivors of service member loved ones who committed suicide. (Heath Druzin/Stars and Stripes)

Two women hug at a remembrance ceremony during an October 2014 National Military Suicide Survivor Seminar in St. Petersburg, Fla. The program brings together survivors of service member loved ones who committed suicide. (Heath Druzin/Stars and Stripes) 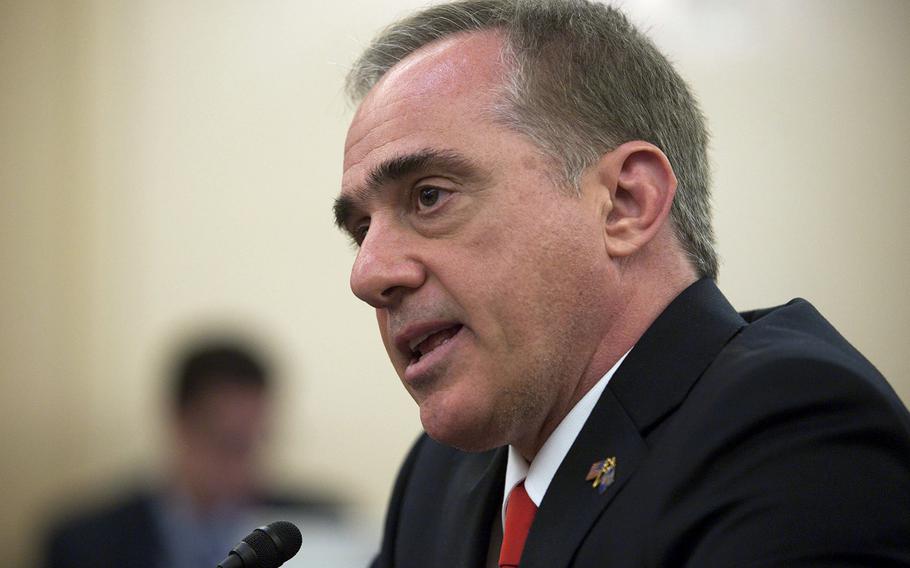 David Shulkin testifies before the U.S. Senate Committee on Veterans' Affairs on May 5, 2015. Shulkin, who subsequently became the VA's Under Secretary for Health, said Wednesday, March 9, 2016, that the VA will not stop looking for new approaches to counter suicides among veterans. (Robert Turtil/VA)

WASHINGTON — One month after a damning report about unanswered calls on a veterans crisis line, the Department of Veterans Affairs has announced a new effort to combat suicide, including automatically enrolling separating troops into the VA healthcare system.

As part of the effort, VA will guarantee same-day evaluations and establish national tele-mental health centers for veterans with urgent mental health needs.

VA is embroiled in a controversy over more than 800,000 pending applications for VA healthcare enrollment, including nearly 300,000 who died while waiting for an answer. Under the new plan, troops separating from the military who are eligible for VA care and do not opt out will be automatically enrolled.

“What’s important to recognize with this is the VA takes this as a top priority of ours and that every suicide that is not prevented is a tragedy,” VA Undersecretary for Health Dr. David Shulkin said Wednesday. “Until we can get this number down to zero we are not going to stop looking for new approaches and new solutions.”

A dearth of reliable veteran suicide data has been a persistent problem for the VA. The oft-cited statistic that 22 veterans commit suicide each day is based on a four-year-old report that cautioned the number might be inaccurate. A more recent study put the rate of suicide among Iraq and Afghanistan veterans at roughly one per day, still 40 to 50 percent above the rate of the rest of the country.

A VA Office of Inspector General report released Feb. 11 found calls to the VA’s Veterans Crisis Line were unanswered or sent to voice mail. The problem was blamed on a contractor and VA officials said it has been fixed.

A group of employees at the Phoenix VA Health Care System also have recently raised concerns that suicidal veterans there are not receiving proper care and highlighted four specific cases in a recent letter.

The VA’s newest effort includes a study of Iraq and Afghanistan veterans’ deployment experiences as they relate to suicide, as well as using data and predictive models to prevent suicide, according to a VA news release. VA officials said they have been working with the Department of Defense and the national Centers for Disease Control and Prevention to come up with definitive suicide statistics from 1979 to 2014, which they hope to release in June.

Dr. Jackie Maffucci, research director for Iraq and Afghanistan Veterans of America, was part of the summit and applauded VA for moving swiftly after the meeting to improve their suicide prevention office.

“It’s an office that we feel has been wholly under-resourced for a long time,” she said.

Lawmakers have introduced a bill in the House of Representatives that would require VA to offer initial mental health care assessments and urgent health care services to veterans with less than honorable discharges.

“If we are given the legislative authority, we would welcome the ability to help them,” Shulkin said.