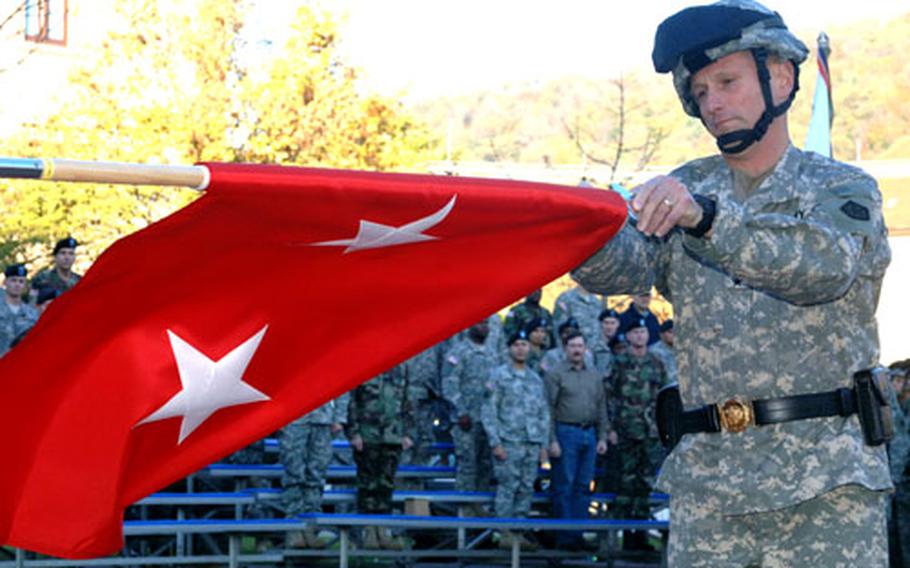 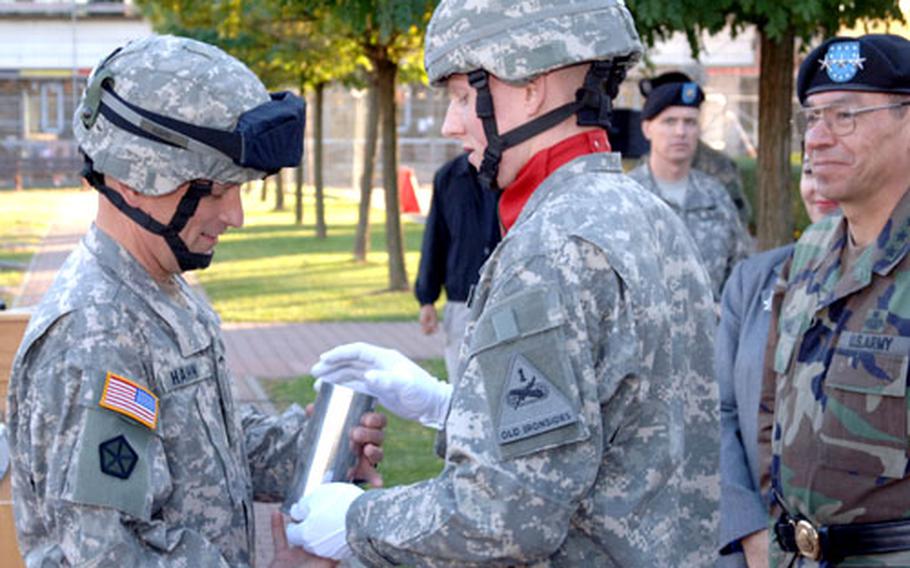 Hahn, who was named deputy commander in April, will return to Iraq &#8220;early next year&#8221; when V Corps headquarters returns to Iraq and assumes command in Baghdad.

V Corps will take command of the Multi-National Corps-Iraq and be responsible for all tactical and operational ground operations throughout the country, including security, helping integrate Iraqi security forces and reconstruction, officials have said.

Hahn was the V Corps chief of staff for combat and reconstruction during its first tour in Iraq in 2003, officials said.

Lt. Gen. Ricardo Sanchez and Hahn&#8217;s wife, Carol, pinned on his new star during the ceremony.

A 32-year veteran of the Army, Hahn said he never expected to make the rank of major general and credited the officers and soldiers who mentored him during his career, according to a V Corps news release.

Hahn is a 1973 graduate of the U.S. Military Academy at West Point and was commissioned as a field artillery lieutenant. Among other assignments, he deployed to Operations Desert Shield and Desert Storm as commander of the 3rd Battalion, 1st Field Artillery in Bamberg; commanded V Corps Artillery in Wiesbaden; was a 1st Armored Division plans officer; and was V Corps deputy chief of staff for operations.

Sanchez, the V Corps commander, will not deploy to Iraq with the corps headquarters when it returns to Iraq, officials have said.