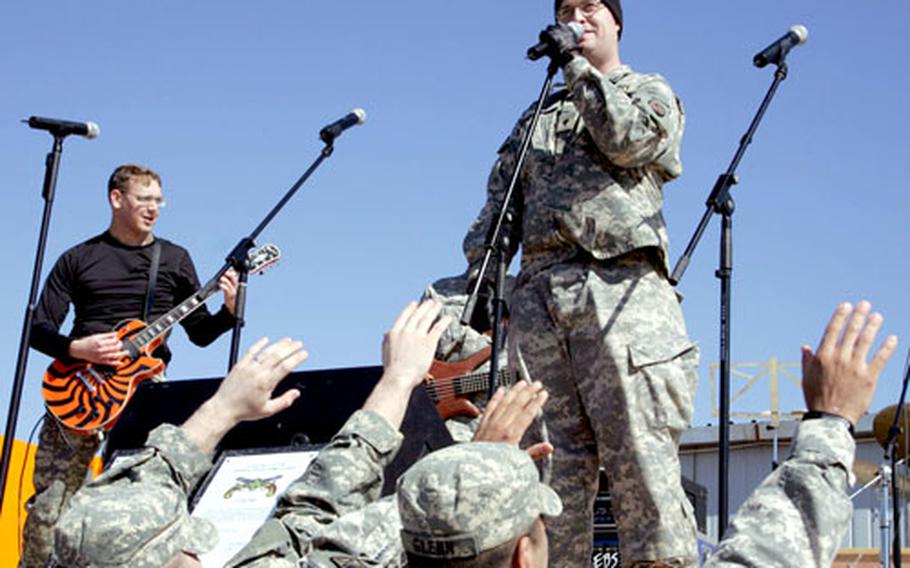 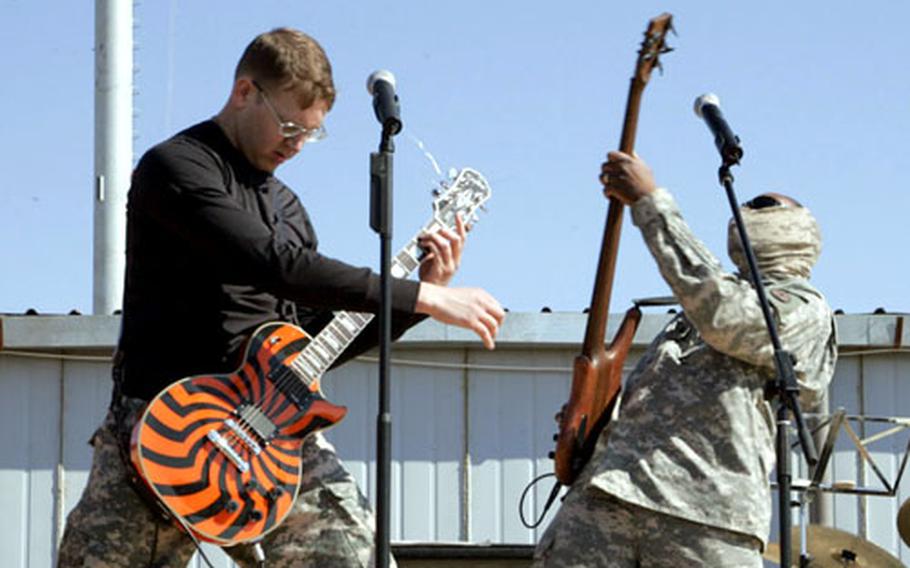 Sgt. Terrel Henckel, left, and Sgt. Stephen Edgerton entertain the troops at Camp Echo. Article 15’s performacnes were the only outside entertainment the small camp had seen since August 2005. (Bryan Myhr / U.S. Army) 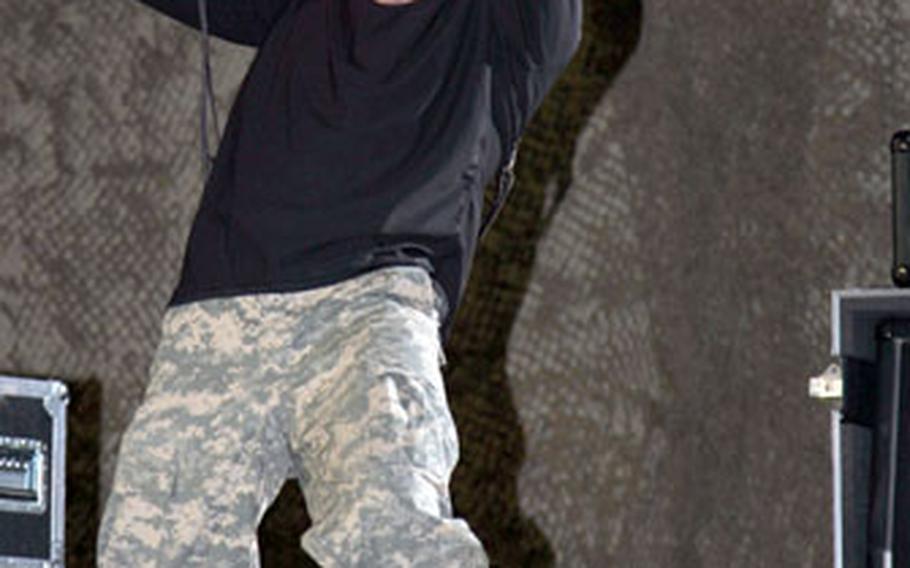 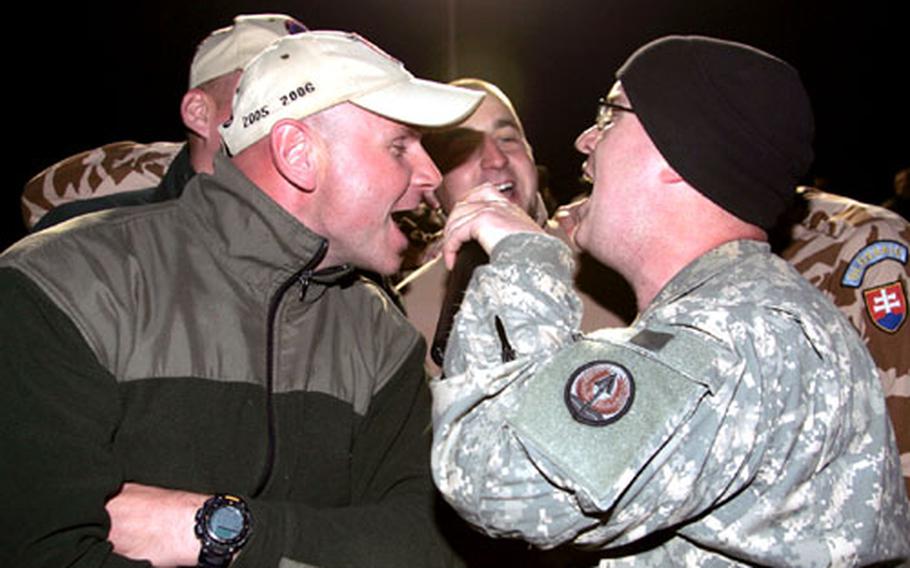 Sometimes they&#8217;ve even wondered themselves.

Spc. Jeffrey Long, also a saxophone player and a vocalist, wasn&#8217;t sure at first, but he found out soon enough. He was on stage at Camp Echo near Diwaniyah, singing in a language not his own, to coalition soldiers from Poland and Slovakia. He was belting out, in Slovak, an &#8217;80s-style rock lament that had been a huge hit in Bratislava about the tortures of &#8220;love addiction.&#8221;

The crowd, as they say, went wild.

The Polish and Slovakian soldiers, he said, sang along uninhibitedly.

Based in Mannheim, the 40-some band members are spending a year in Iraq, just as any other V Corps unit that deployed in January. When they&#8217;re not performing, practicing or traveling to some out of the way base in their mission to boost morale, they also are tapped for &#8220;escort&#8221; duty.

Escort duty is a favorite with few units, even mechanics who, you might think, would like to get out of the motor pool. Those assigned the detail must accompany foreign workers on Camp Victory, starting at 6 a.m. and lasting many hours. As the worker works away, or takes a smoke break, the soldier is required to watch him, standing at the ready with his weapon.

But even the dreaded escort duty didn&#8217;t deter 14 band members from re-enlisting while in Iraq. The ceremony was overseen by Lt. Gen. Peter Chiarelli, the commander of Multi-National Corps-Iraq, who told the band members he had never re-enlisted so many people at one time. Chiarelli mentioned that he knew that the tax-free re-enlistment bonus &#8212; more than $20,000 for one musician &#8212; wasn&#8217;t the reason why.

But it wasn&#8217;t the only reason why. Most of the musicians were new to the Army, Myhr said. Only six had deployed before. And many of them are glad to be able to work as musicians, where in civilian life many of them would have to teach to make a living.

The band has a variety of incarnations: rock band, jazz combo, woodwind/brass quintet &#8212; and its members have played at Victory&#8217;s dining facilities, church services and palace functions. And they&#8217;ve also traveled, loading their instruments and sound equipment onto Black Hawks, headed to some out of the way bases to entertain the troops. One base near Balad is so obscure that Super Bowl players and cheerleaders scheduled to visit never appeared, or even called to say what had happened.

They were happy to see the band arrive.