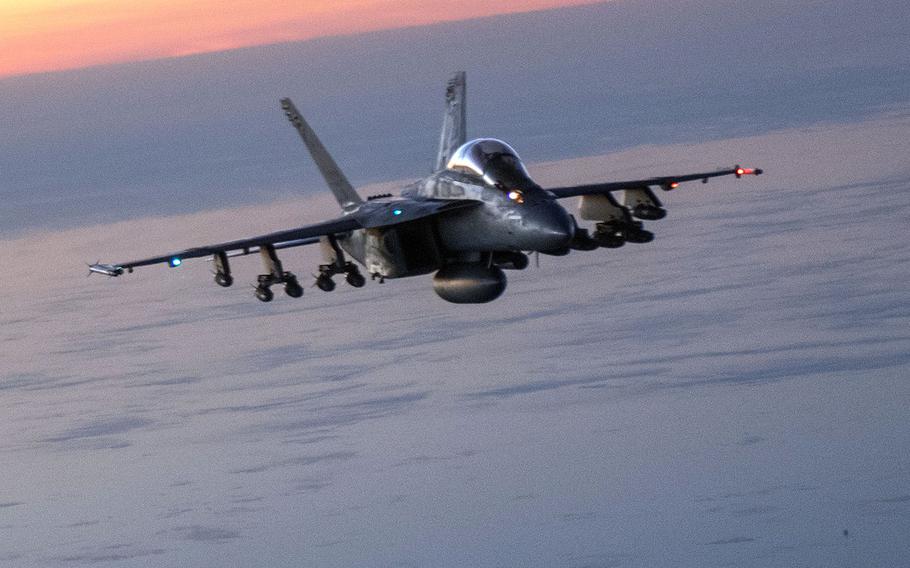 KABUL, Afghanistan — The United States military is on course to drop a record number of munitions in Afghanistan this year.

U.S. Air Force data released Friday showed that aircraft released 2,911 bombs and missiles over the country during the first half of 2018 — a higher number for that period than during the surge of 2010, when about 100,000 American troops were in Afghanistan.

Last month, 572 munitions were dropped despite an Afghan government cease-fire that ran from June 12 to 29. During that time, the U.S. suspended offensive strikes against the Taliban but continued counterterrorism operations, conducting more than 80 strikes against a local branch of the Islamic State group, the Air Force said.

Airstrikes resumed on June 30 after the Taliban ignored a call by the government to extend a ceasefire of their own.

“Until the Taliban show they’re willing to reconcile with the Afghan government, they will remain square in our cross hairs,” Lt. Gen. Jeffrey Harrigian, Combined Forces Air Component commander for U.S. Central Command, said in the AFCENT Airpower Summary. “We remain steadfast in our resolve to take Taliban fighters off the battlefield and decimate their revenue sources.”

The U.S. intensified airstrikes in Afghanistan last year as part of the Trump administration’s strategy to end America’s longest war, now in its 17th year. Under the new rules of engagement, the U.S. has been targeting drug labs used by the Taliban to generate revenue. The ultimate aim is to push the insurgents to the negotiating table.

The air war in Afghanistan reached a climax after the U.S. troop surge in 2010. In 2011, the U.S. released 5,411 munitions in Afghanistan, according to Air Force data. Coalition commanders claimed at the time that the Taliban had taken “a real pounding,” but the long-term effects of the bombing campaign were fleeting.

Six months into 2011, 2,458 munitions were released, nearly 500 fewer than the amount dropped during the first half of this year.

The recent uptick in strikes appears to have done little to end a stalemate with the Taliban. According to U.S. military data, the Afghan government continues to control or influences just 56 percent of the country.

Frustrated by the slow progress in the war, President Donald Trump has called for a review of the U.S. strategy.

The United Nations expressed concern in a report released on Sunday about the growing number of civilian casualties caused by airstrikes.

Aerial attack accounted for 353 casualties — including 149 deaths and 204 injured — during the first half of the year, a 52 percent increase from the same period last year, the report said. It attributed 52 percent of those casualties to the Afghan air force, 45 percent to international military forces — meaning the U.S. — and the remaining 3 percent to unidentified pro-government forces.