US conducts submarine drill in Arctic 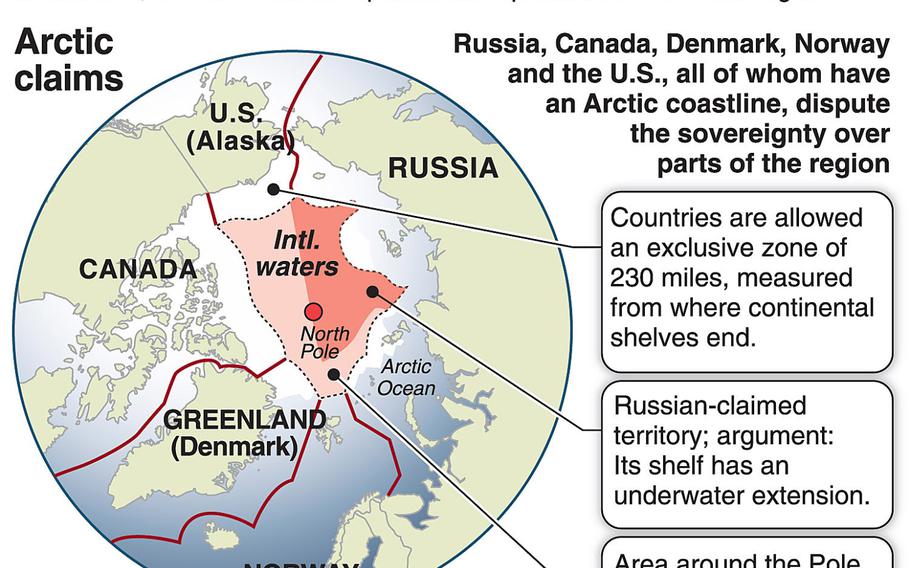 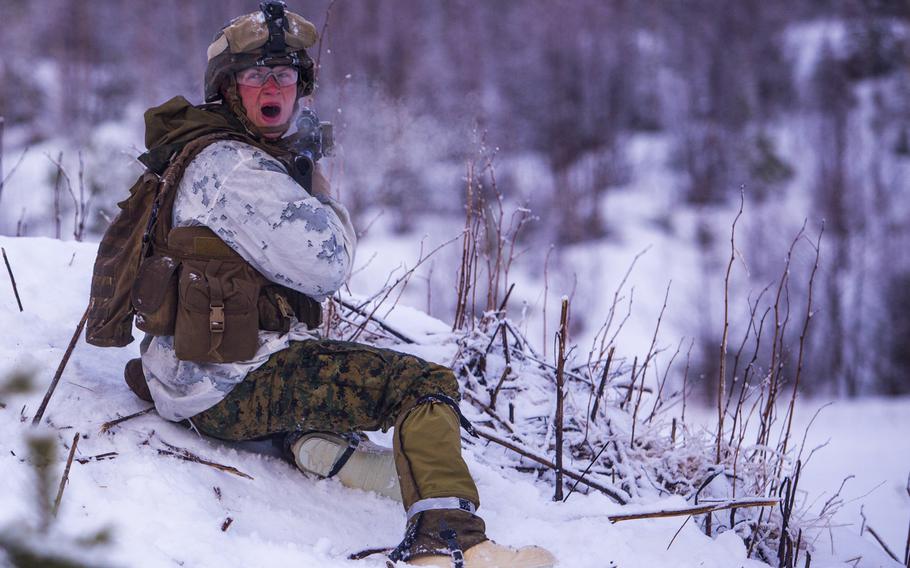 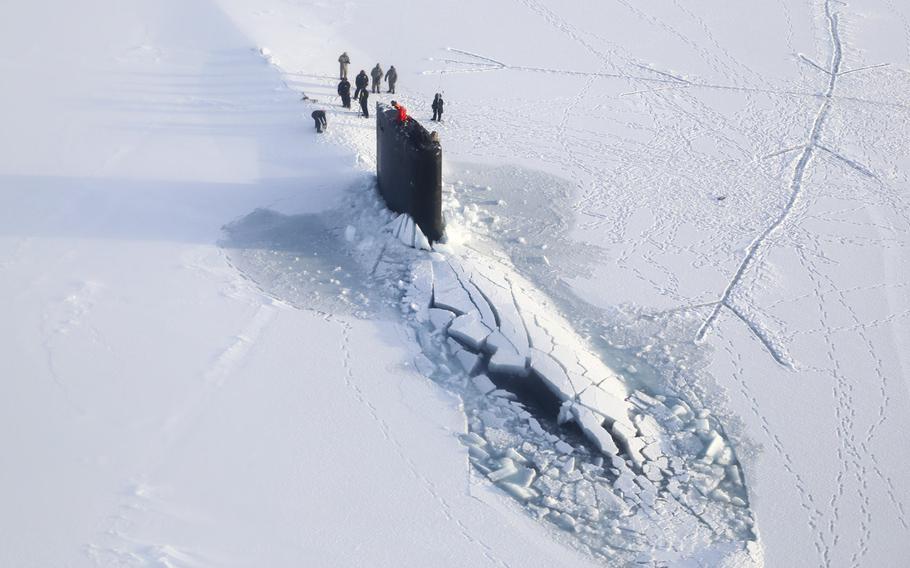 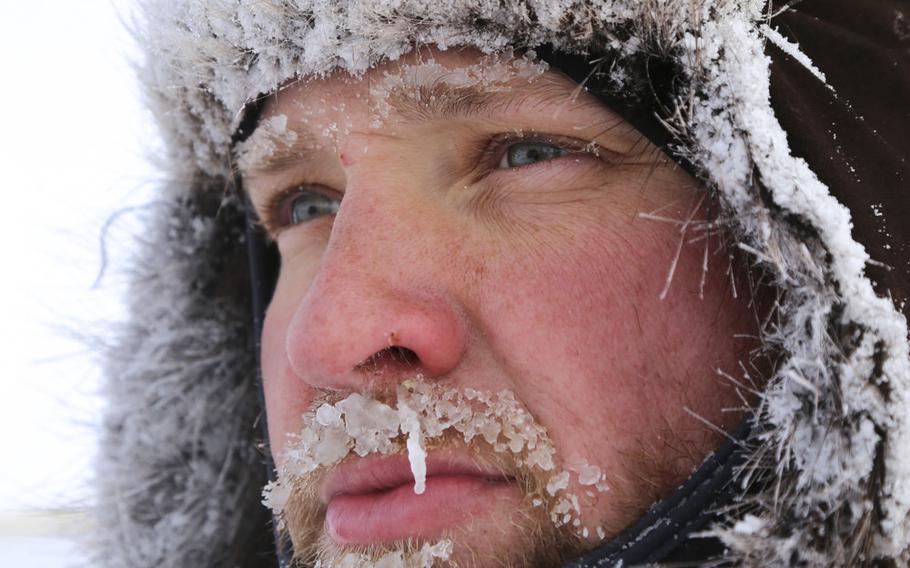 The U.S. Navy’s submarine force is setting up a temporary command center on a sheet of Arctic ice, where U.S. underwater capabilities will be put to the test in the increasingly strategic High North.

Together, the exercises underscore the emergence of the Arctic as an area of concern as melting ice caps raise the prospects for competition over vital undersea natural resources. The area could become a flash point between the U.S. and Russia.

“The Arctic environment plays a key role in national defense,” said U.S. Submarine Forces commander Vice Adm. Joseph E. Tofalo in a statement announcing the launch of Ice Exercise 2016. “With over a thousand miles of Arctic coastline, the U.S. has strong national security and homeland defense interests in the region.”

Then ICEX drill, which is being conducted in the Arctic Ocean, aims to evaluate the terrain and assess the readiness of U.S. submarines operating under ice. It does not explicitly address concerns of a growing Russian military presence.

Still, Russian activity in the High North has grabbed the attention of top U.S. military commanders.

“We are facing a very challenging situation in the Arctic,” European Command’s Gen. Philip Breedlove told lawmakers last week. “Many of our NATO allies, Canada and the U.S. are concerned about what we see as the militarization of the Arctic now by Russia.”

Since 2008, Russia has been steadily upgrading its forces in the Arctic: reopening air bases, restoring air-defense radar stations and building new submarines. The moves are all in response to new security challenges brought on by melting ice and the prospect of new shipping lanes.

Moscow’s actions reflect a focus on “goals beyond the Arctic region,” the Stockholm International Peace Research Institute said in a recent report examining Russian military capabilities and intentions in the region.

“Thus, the significant rise in Russia’s military activities in the Arctic in 2014–15 should not be seen as reflecting Russia’s ambitions for the region as such, instead it is, to a much larger extent, a manifestation of the long-term policy of modernization and restructuring of the Russian armed forces as a whole,” stated the February study.

Yet while deteriorating relations between Russia and the West have resulted in “forceful security rhetoric on the Arctic” by Russian officials, there is little sign that Moscow intends to spur conflict in the region. Russia also has sought out ways to cooperate, such as search-and-rescue operations, SIPRI said.

“Over the past seven years Russia has been a responsible and largely cooperative Arctic player, which appears to confirm its commitment to the international legal framework determining different aspects of Arctic governance,” the think tank said.

On Wednesday, a Navy team began work on a temporary camp that will include a command post and housing for more than 70 personnel. In all, the exercise will involve some 200 participants.

“ICEX allows us to assess our operational readiness in the Arctic, increase our experience in the region, develop partnerships and collaborative efforts, and advance our understanding of the Arctic environment,” Tofalo said.

Critics say the U.S. military is not preparing fast enough for the situation created by the melting ice, especially as other nations — including Russia, Norway and Canada — establish regional commands or send more warships to train in the Arctic. Few, if any, surface Navy ships are hardened for the region.

Still, U.S. nuclear submarines — the world’s most advanced — have operated under Arctic ice for decades and have significant combat capability.

Meanwhile, U.S. land forces have been busy working on their combat tactics in icy conditions. Marines and other troops are working in Norway with allies in a large-scale exercise designed to test warfighting skills.

As part of Cold Response, live-fire exercises have been on display during the past week, with Marines launching Stinger missiles at flying targets.

“In order to fire the Stinger missile there are a few steps, but it all comes down to you being able to find the target and firing the system,” said Marine Cpl. Justin T. Heslep, an air defense gunner taking part in the training.

The U.S. infantrymen will be training in the Norwegian snow through March. 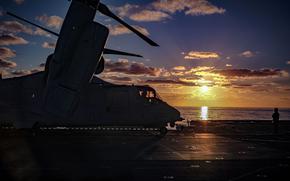