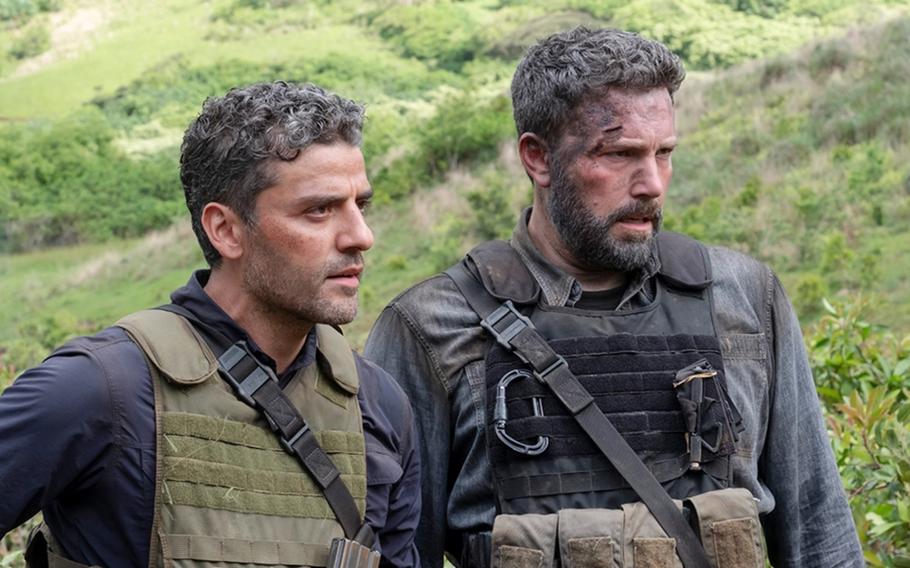 Get your popcorn ready. Here are a few military-themed entertainment options that are scheduled to come your way. (Schedules may change, this list will be updated periodically.)

Catch-22George Clooney and Kyle Chandler are among the familiar faces in the six-part Hulu series based on Joseph Heller's satirical World War II novel. On Hulu May 17.

1917Few details have been released about the plot of this World War I drama that will be produced by Steven Spielberg and directed by Sam Mendes. It's scheduled for limited release in December of 2019, with wider release in 2020.

GreyhoundA World War II commander (Tom Hanks) leads a convoy of allied ships that are being pursued by German U-boats. The movie's based on "The Good Shepherd" by C. S. Forester. In theaters in May of 2020.

Top Gun: MaverickThey apparently didn't feel the need for speed in getting this sequel to the 1986 blockbuster to theaters — the release date was recently pushed back about a year. Tom Cruise returns, this time as a mentor to the next crop of Navy pilots. In theaters June 26, 2020.

Da 5 BloodsSpike Lee's post-"BlacKkKlansman" Netflix project is a drama about Vietnam veterans who "return to the jungle to find their lost innocence," according to Variety. Chadwick Boseman, Delroy Lindo and Jean Reno are in talks to star. In theaters in 2019.

The Last Full MeasureThis film tells the story of William Pitsenbarger, an Air Force medic who refused evacuation to help save lives in one of the harshest battles of the Vietnam War, and the quest to have him awarded a posthumous Medal of Honor. The cast includes Samuel L. Jackson, Christopher Plummer and William Hurt. In theaters in 2019.

And he has his hands in his pockets, wrinkled pants and button issues in the photo he tweeted recently.

Journal for JordanJournalist Dana Canedy wrote a book about her fiance, First Sgt. Charles Monroe King, who was killed in Iraq in 2006. King kept a journal for their son, Jordan, who was just seven months old at the time of his death. Denzel Washington will direct the movie version, featuring "Black Panther" and "Creed II" star Michael B. Jordan. The release date isn't set yet.