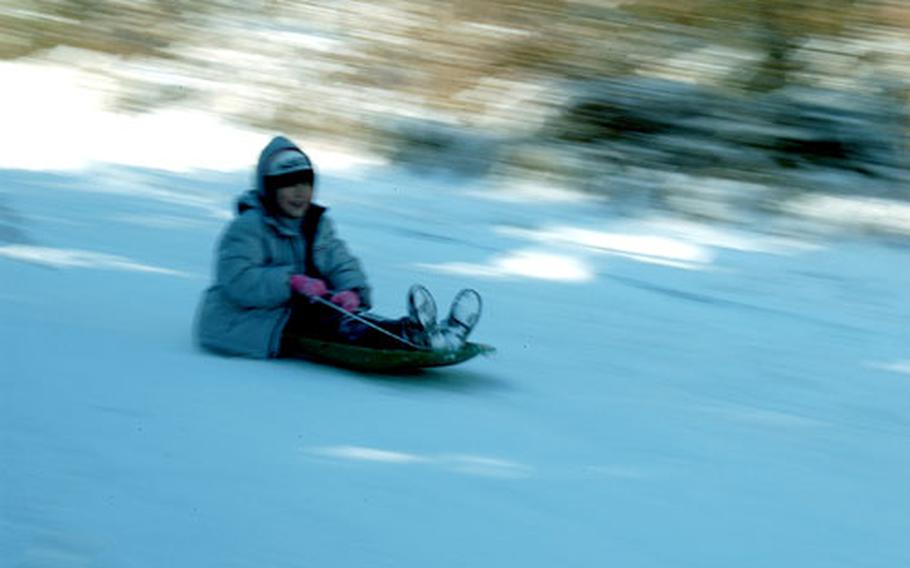 A child races along on a sled at snowy Namsan Park. (Teri Weaver / S&S)

A child races along on a sled at snowy Namsan Park. (Teri Weaver / S&S) 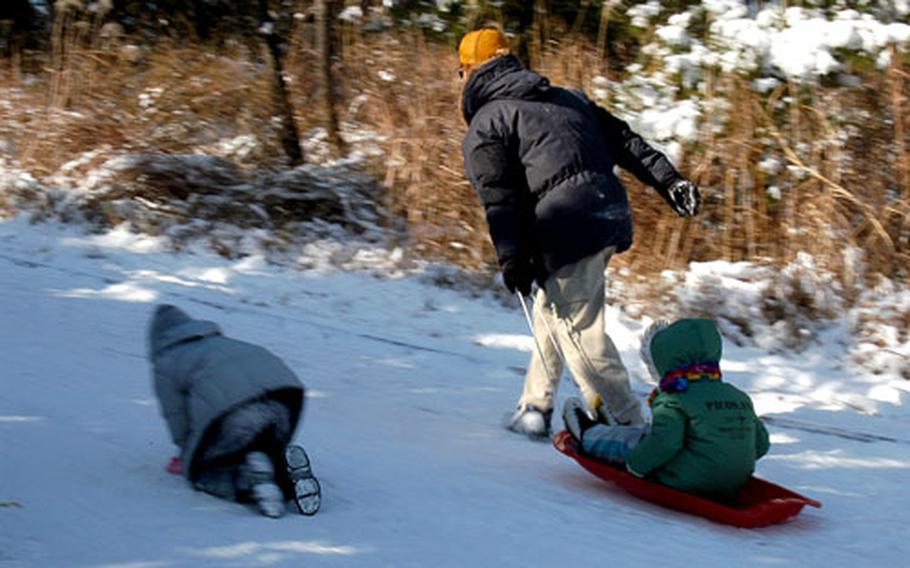 A family brought their sleds to Namsan Park on Sunday morning to celebrate the first snow of the season in Seoul. The early cold snap is expected to last for the next few days. (Teri Weaver / S&S) 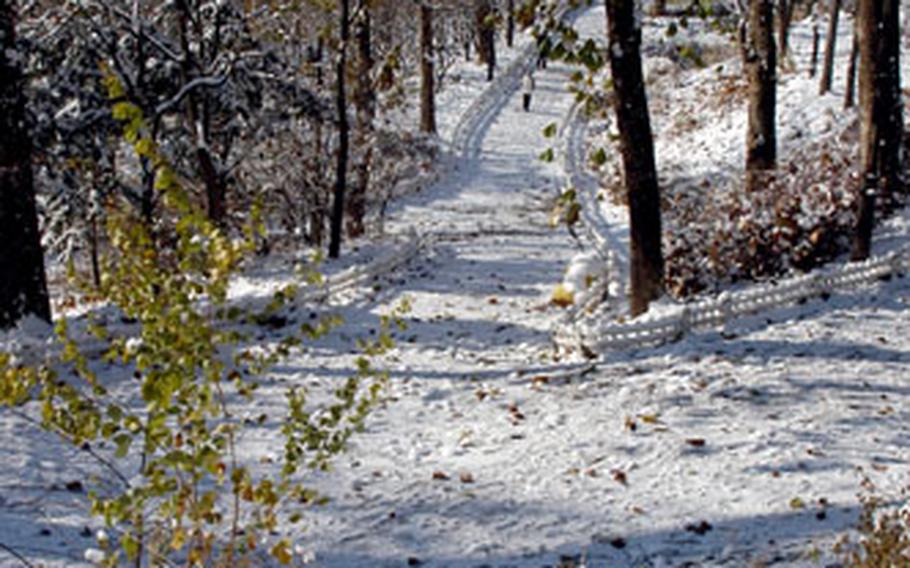 SEOUL &#8212; A weekend storm brought colder-than-normal weather to South Korea this weekend, dumping 18 inches of snow at Kunsan Air Base and blanketing much of the country in its first snowfall of the season, according to U.S. Air Force and South Korean weather officials.

The storm also kept temperatures well below freezing: On Monday, the low was recorded at 16 degrees, the coldest day of the winter season so far, according to Korea Meteorological Administration forecaster Lee Jae-yong. The wind chill made it feel like 3 degrees, he said.

The cold snap was expected to last through the middle of the week, but the early chill doesn&#8217;t necessarily signal an entire winter of more snow and ice than normal, said Air Force Capt. Brian Maes of the 607th Weather Squadron at Yongsan Garrison in Seoul.

The storm hit hard in the southwestern part of the country. Local schools were closed Monday, and officials blamed about 70 traffic accidents on the weather. In Seoul, 3&#189; inches of snow fell, according to the Korean weather service. Last December, the capital city received only a trace of snowfall.

Temperatures were expected to remain about 10 degrees below normal through at least the middle of the week, Lee said.