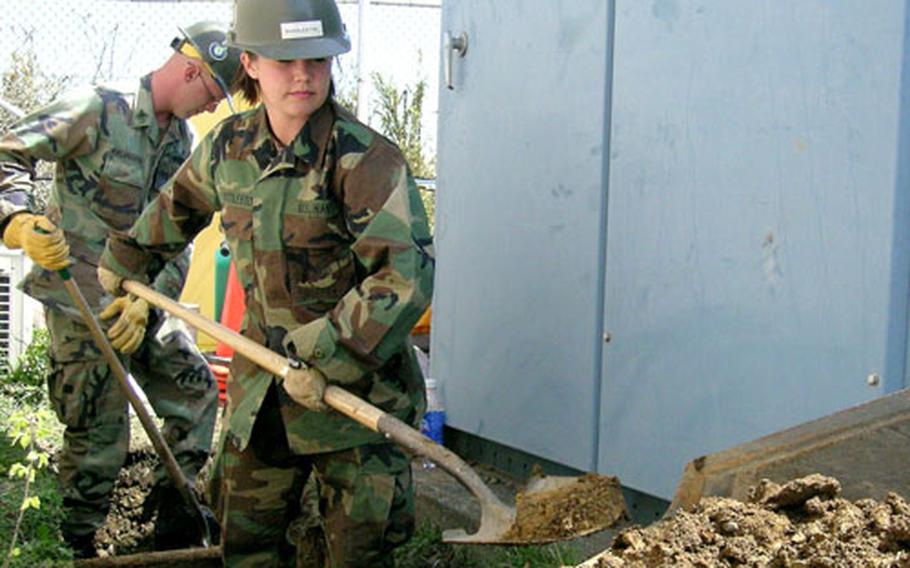 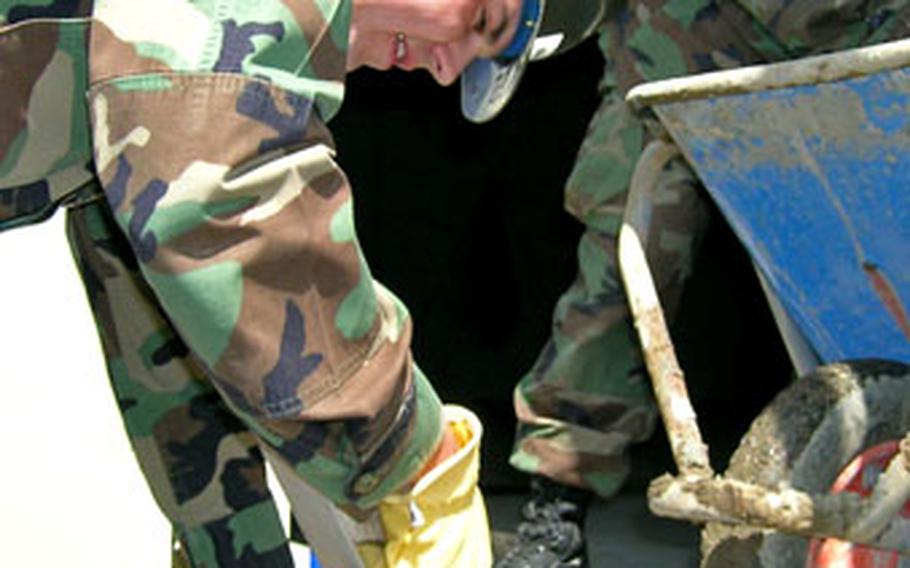 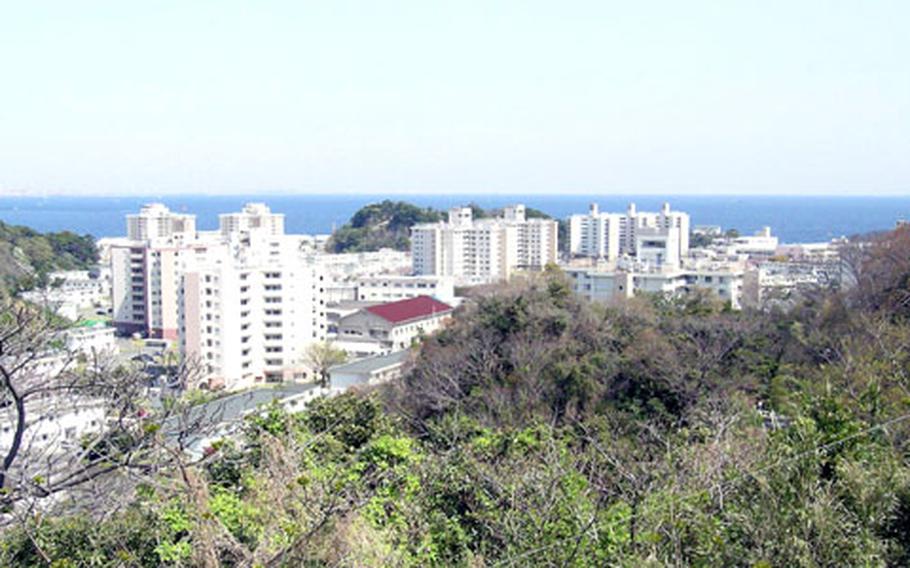 The view from atop Weather Station Hill. (Allison Batdorff / S&S)

YOKOSUKA NAVAL BASE, Japan &#8212; There are downsides to working hillside.

It&#8217;s difficult lumbering a cement truck up the steep, narrow grade and the wind whips unnervingly when you&#8217;re dangling from a rooftop.

But you can&#8217;t beat the view with a shovel, say the 10 worksite sailors of California-based Naval Mobile Construction Battalion 4, currently assembling a building near the top of Yokosuka Naval Base&#8217;s Weather Station Hill.

The detachment broke ground in January on a 2,200-square-foot prefabricated building for the Navy Center for Tactical Systems Interoperability.

Once it&#8217;s finished, the building will let NCTSI work closer to hilltop communication equipment, which should save some trips up and down the hill, said Petty Officer 2nd Class William Anderson.

But this project was unique in a few ways. For one, the two-story building is a Japanese design unlike any other the Seabees have worked with before.

&#8220;The construction blueprints were in Japanese and we had to get them translated,&#8221; Sasser said.

Pieces of the building fit together like Lego toys, Anderson said.

Hillside workspace is limited, too: On one side of the building, the Seabees are a mere two feet from the barbed-wire fence line.

Adding to the excitement was a cache of anti-aircraft ordnance found in February. The Seabees called base security, which cordoned off the area and got in touch with Explosive Ordnance Disposal, which removed the munitions.

This group of Seabees, based at Naval Base Ventura County, Calif., won&#8217;t see the final fruits of their labor: They&#8217;re here on a six-month contract that expires June 3. They said the next group, Mississippi-based NMCB 1, is to arrive later that month to finish the job by September.

In the meantime, the building quickly is becoming one of the high points in Seabee Apprentice Raymie Huddleston&#8217;s construction experience.