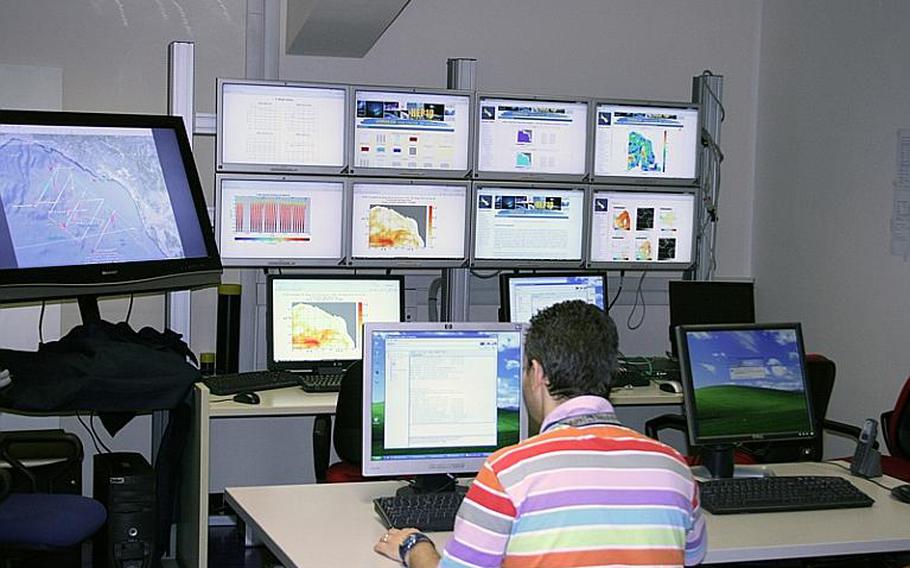 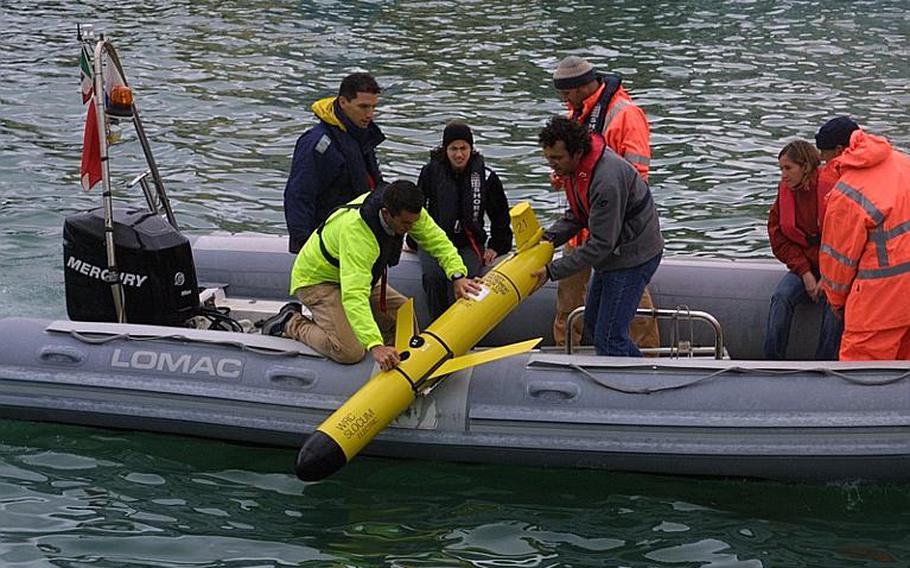 GRAFENW&Ouml;HR, Germany &mdash; Unmanned aircraft have been playing a major role in the wars in Iraq and Afghanistan for years. Now, the U.S. military is beginning to field unmanned submarines.

In a move that could dramatically cut the cost of undersea warfare, NATO is testing three Autonomous Undersea Vehicles, or AUVs, in the Mediterranean Sea this month as part of the alliance&rsquo;s largest annual anti-submarine warfare exercise.

The AUVs, dubbed &ldquo;gliders,&rdquo; have much in common with their flying cousins, including wings, according to Michel Rixen, a scientist at the NATO Undersea Research Center in Italy.

&ldquo;They are very similar vehicles although the dynamics are changed a little,&rdquo; Rixen said. &ldquo;What is peculiar to the AUVs are buoyancy controls.&rdquo;

The battery-powered gliders, which are about 6 feet long and weigh up to 130 pounds, can be launched from shore or from a small rubber boat. They move through the sea at less than 2 mph, using a pump that inflates and deflates an internal bladder to change the vehicle&rsquo;s buoyancy in the same way a scuba diver might inflate a buoyancy jacket, he said.

In 2009, a glider of the same type being used in this month&rsquo;s Proud Manta 11 NATO exercise completed a trans-Atlantic crossing that lasted 221 days.

The gliders will be at sea for three weeks during the exercise, traveling up to 300 miles collecting data on water salinity and temperature and relaying it to scientists on shore, Rixen said. The data is important because it allows sonar operators to calculate the speed of sound through the water &ndash; something that helps them detect enemy submarines, he said.

In the past, such data was collected by manned submarines or surface ships.

&ldquo;We are demonstrating that military oceanography can be conducted from the office, piloting the gliders remotely instead of sending a big submarine (in the case of covert operations) to do a couple of temperature and salinity profiles in the ocean,&rdquo; he said.

The cost of sending a research ship to collect such data runs at $25,000 a day or more, said engineer Richard Stoner of the research center.

The three gliders &mdash; which were manufactured by Teledyne Web of Falmouth, Mass. &mdash; participating in the exercise have been at sea collecting data since Jan. 24.

As Proud Manta kicks off in earnest on Friday with six submarines, 19 aircraft and eight surface ships from 10 nations participating, the gliders moved outside the exercise area east of Sicily, Rixen said.

&ldquo;We want to be careful in this first contribution,&rdquo; he said. &ldquo;We don&rsquo;t want to have a glider hitting a submarine or vice versa.&rdquo;

In fact, the Navy is gradually acquiring more than 100 gliders and fielding them to operational units through the Naval Oceanographic Office, he said.

Eventually AUVs are likely to be fielded with the same capabilities as large submarines, Rixen said. Weapons could also be added to the AUVs, something that has already happened with unmanned aircraft, he said.

&ldquo;These are some of the aspects that we are considering,&rdquo; he said. But he warned: &ldquo;If these toys end up in bad hands that could play against us. Someone could potentially put [weapons] on them. That is something we need to be careful about.&rdquo;