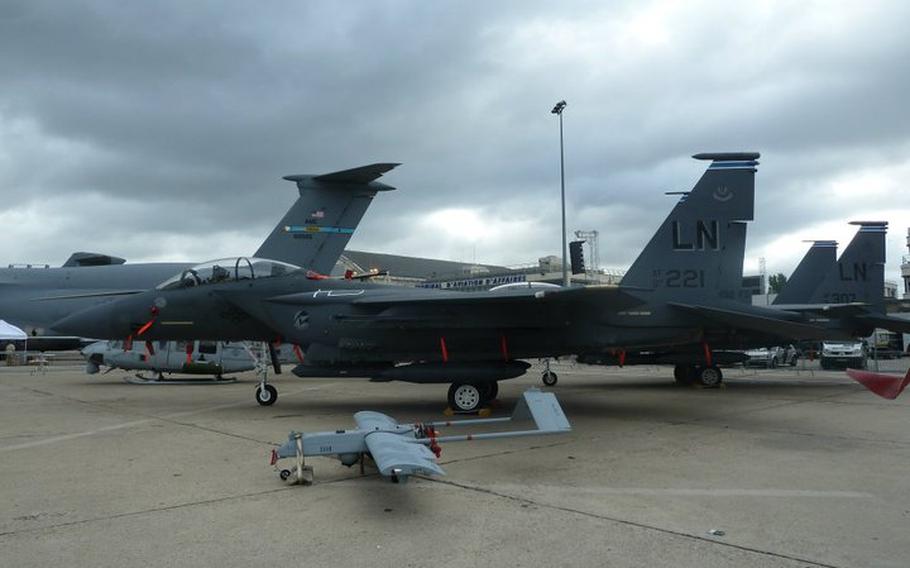 WASHINGTON — Although drones have done more shooting and surveillance in recent conflicts than piloted aircraft, the Air Force is having trouble finding pilots to fly them.

That’s because professional development opportunities and recognition are lacking in a service branch that still idealizes pilots soaring through the sky in traditional aircraft, according to a recent report from the Brookings Institution.

In 2012, the Air Force filled only 82 percent of its remotely piloted aircraft, or RPA, training slots, while virtually all manned aircraft slots were filled. And as of early this year, according to the report by Air Force Col. Bradley T. Hoagland, a command pilot, the Air Force Academy had only 12 volunteers for its 40 RPA training slots.

Among the problems, Hoagland wrote, is a promotion rate to major that is 13 percent lower than other Air Force pilots. Drone pilots likewise don’t get equal training and educational opportunities, he said.

The Air Force lacks personnel structures to identify and prescreen the best drone pilot candidates, the report said. That leads to an attrition rate during initial drone pilot training three times higher than for other pilots, Hoagland wrote.

There’s also a sense that drone pilots, despite their increasing tactical importance, aren’t contributing as much as traditional pilots.

“(L)ack of adequate or appropriate recognition is a factor for lower promotion rates, Hoagland wrote. “One of the controversies surrounding their historical lack of high level recognition is the viewpoint that RPA pilots were not risking their lives while operating their aircraft 7,000 miles away in Nevada.”

That sentiment played out in public early this year when Defense Secretary Chuck Hagel, a veteran wounded multiple times in combat, reversed a decision by his predecessor Leon Panetta to create the Distinguished Warfare Medal.

The medal, controversially ranked higher than the Purple Heart, would have recognized extraordinary achievements by drone pilots. Hagel’s move to replace it with a device affixed to existing medals drew widespread praise from veteran’s groups.

The problem needs quick attention, Hoagland wrote, because drones have become the weapon of choice to take out al-Qaida and other targets. Their importance in intelligence, surveillance and reconnaissance mission is likewise skyrocketing.

“The AF cannot wait another decade to ensure the RPA community gets professionally developed, recognized, and promoted on par with other officers in the AF,” Hoagland wrote.

In a response to the report, Air Force officials noted that the RPA career field has grown exponentially since the attacks of September 11, when a single CAP was flying.

The Air Force established RPA pilot as a career field just over three years ago, and is taking steps to work out the kinks and give pilots equal career development opportunities, spokeswoman Maj. Mary Danner-Jones said in a written statement.

“History has shown it takes approximately 20 years for new career fields to mature and stabilize,” she said. “It is not uncommon for promotion rates in these new career fields (comprised of individuals from varying backgrounds and expertise) to take time to stabilize.

“Accomplishing this manpower build-up, while responding to an ever-increasing wartime demand for RPA capability, has been difficult.”

To meet the growing demands, Hoagland recommended the Air Force institute standardized prescreening, including psychological testing, to identify the best RPA fliers from among all pilot candidates.

Assignment policies should also be changed so that volunteers for one pilot specialty can be required to operate any specialized aircraft the Air Force needs them to fly, he wrote.

“Basically, if a rated officer is more qualified to fly unmanned aircraft versus manned aircraft, then the AF should place them there,” Hoagland wrote. “The aviation culture in the AF is changing, and now is the time to test the waters on this policy change.”

The Air Force should ensure drone pilots receive equal promotion and educational opportunities, and mount an effort to overcome the perceived lack of status.

The Air Force needs a grass-roots communication plan that Hoagland said “highlights the growing commercialization and strategic importance of unmanned systems, and the high tech and savvy personnel that are required to fly these systems.”