Units with special skills could see a shift in war zones 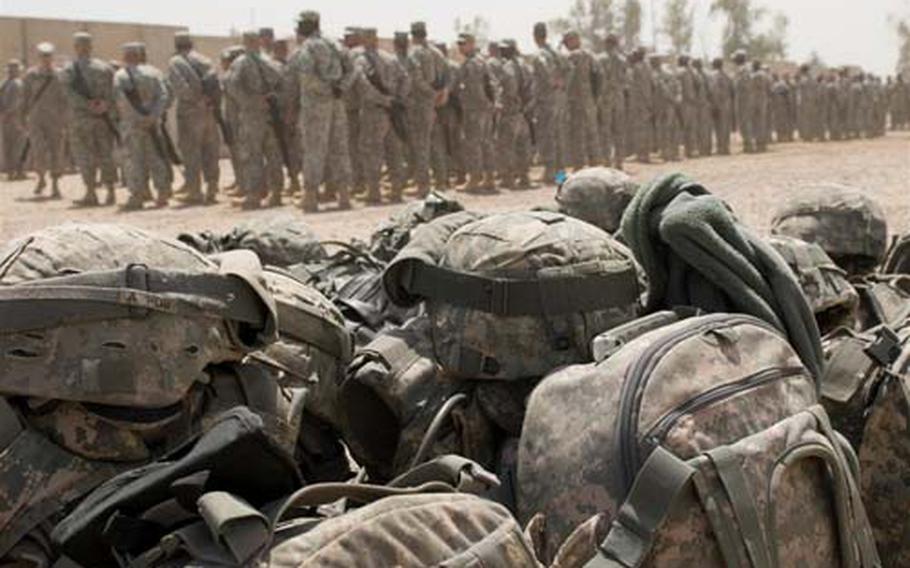 Soldiers of 154th Transportation Company from Fort Hood, Texas, stand in formation prior to leaving for Afghanistan at Baghdad International Airport. The 154th is the third Army unit in a month to move directly to Afghanistan from Iraq. (By Alex Snyder/Courtesy US Army)

Soldiers of 154th Transportation Company from Fort Hood, Texas, stand in formation prior to leaving for Afghanistan at Baghdad International Airport. The 154th is the third Army unit in a month to move directly to Afghanistan from Iraq. (By Alex Snyder/Courtesy US Army) 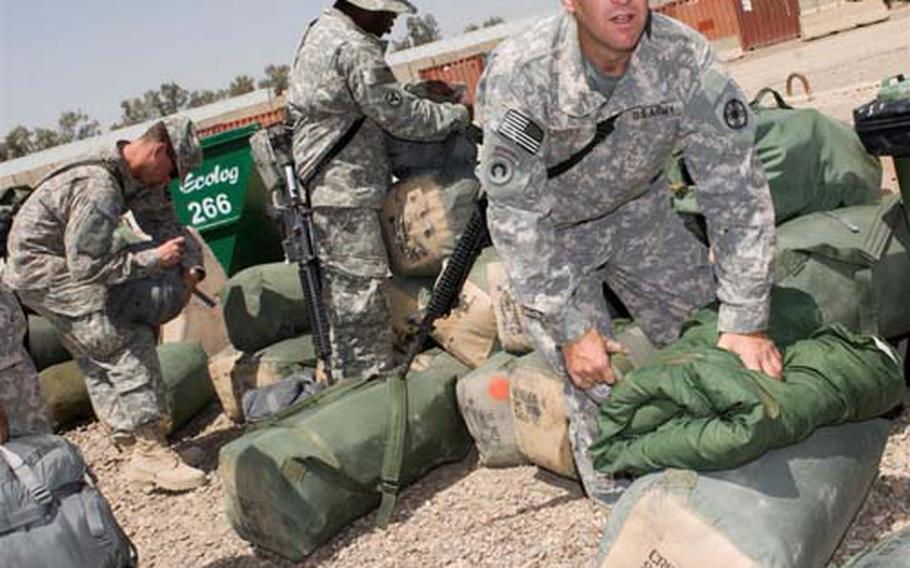 Soldiers of the 154th Transportation Company prepare to leave for Afghanistan from Baghdad International Airport. (Alex Snyder/Courtesy of the U.S. Army)

Military officials say more Army units with specific "enabling skills" could be shifted from Iraq to Afghanistan as the U.S. military seeks to provide forces for a promised escalation of troops this year.

For at least the third time in a month, the military announced this week it had shifted most of a unit directly from the war in Iraq to the war in Afghanistan &#8212; this time a transportation company from Fort Hood, Texas.

Responding to questions from Stars and Stripes, Pentagon spokesman Bryan Whitman said on Monday that "I think there is potentially like-smaller units as you&#8217;ve seen this past week that could have remission activity associated with them."

Units that could have their deployments shifted "are smaller units with some specific capabilities," he said.

Two other units that have moved already include an engineer battalion specializing in clearing roadside bombs and a brigade support battalion.

As the U.S. military draws down from around 132,000 servicemembers in Iraq, officials are looking for ways to fill President Barack Obama&#8217;s orders that could nearly double the U.S. military&#8217;s current 38,000-troops commitment in Afghanistan.

The latest unit to make the shift from Iraq is the 154th Transportation Company, which heads to southern Afghanistan. The 154th had arrived in Iraq in January and was stationed at Camp Liberty, operating under the 553rd Combat Sustainment Support Battalion. And while the terrain and tactics of Afghanistan will provide a sharp contrast to Iraq, unit leaders said they believe the soldiers are ready.

The unit has conducted weapons and first-aid training, along with creating a "gun truck" platoon to provide additional security for convoys in Afghanistan.

"They are fully prepared to execute that mission. They had months of extensive training prior to even coming to Iraq," Moree said.

According to officials with the 3rd Sustainment Command (Expeditionary), the 154th Transportation Company uses a specialized vehicle that reduces the need for forklifts and other equipment not readily available at smaller camps in Afghanistan.

The length of the unit&#8217;s tour will not be affected by the move, officials said.