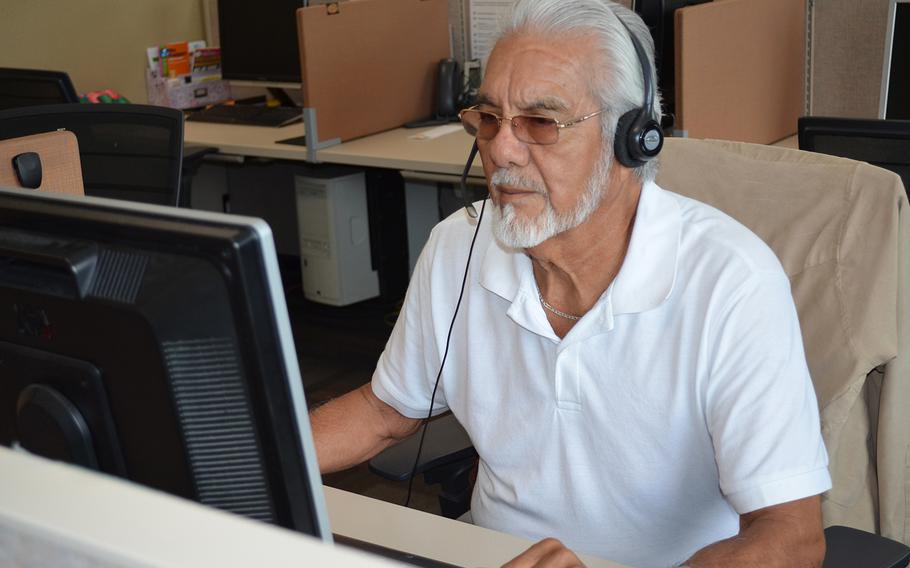 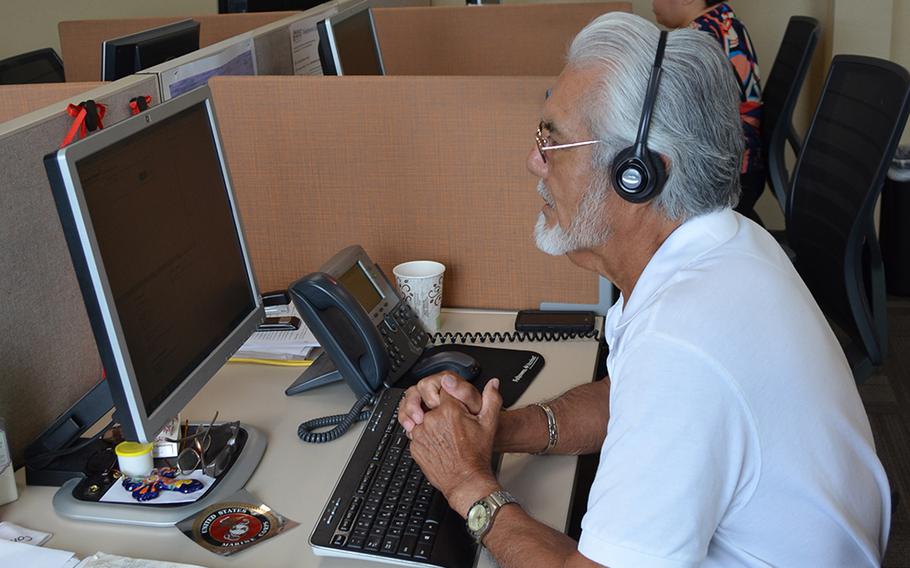 SAN ANTONIO — Sandra Davis left her 15-year Army career behind in 2014 to care full time for her sick mother, who lost her battle with cancer in June.

“I’m trying to get back on my feet,” the San Antonio resident said, after caring for her mother left her emotionally exhausted and financially drained.

Some fellow veterans and her mother’s caregivers from hospice recommended she call 211, a hotline run by the United Way of San Antonio and Bexar County. It’s part of the nonprofit’s nationwide hotline, where anyone can call to get information about social services in their area. Referrals could help attain access to low-cost physical or mental health treatment facilities, apply for government assistance, find nonprofits offering financial support to pay for rent or utilities, or locate a food bank. Overall, 211 is accessible to about 94 percent of the U.S. population.

In San Antonio, if 211 call specialists identify the caller as a veteran, they can move them into the Mission United program.

Established two years ago, the Mission United offers follow-up calls from a fellow veteran and information about organizations that target veterans.

Through Mission United, Davis was able to get assistance with her rent from the Salvation Army while she works with a job placement program to find employment.

“Really, the last two years have been difficult seeing (my mother) deteriorate,” she said. “Now, it’s all about rebuilding. I’m trying to take it step by step. I’m glad there are organizations like United Way that can help veterans, because . . . it’s very hard to get help for a single person.”

Mission United works with veterans not just in San Antonio, but in cities across the country where the United Way has identified a large veteran population, including Houston, Miami, Pittsburgh and Norfolk, Va.

Last year, San Antonio’s 211 received more than 191,000 calls, mainly from people seeking service referrals, according to the nonprofit’s annual report. Of those, about 7,700 came from veterans or active-duty servicemembers. The five most common needs sought by all callers were electric utility assistance, rent assistance, emergency food assistance, public or Section 8 housing, and aging and disability resources.

On most days at the San Antonio call center, there a five call specialists on the phones and two military navigators following up with veterans. The United Way call centers in Texas are a network, so if one goes offline or becomes overwhelmed with callers, another of the state’s 24 call centers can help.

From her computer, Maria Gansel, vice president of 211 operations in San Antonio, can see all call data for Texas, including which city is taking the call and which language they are speaking. Texas offers help in about 150 languages.

Gansel said specialists use a detailed database to find the resource that best fits the needs of the anonymouscaller. The only identifying information asked for is a ZIP code.

“We are here 24/7. We are here to listen. We’re here to try to guide people to the appropriate referrals. We are nonjudgmental. At the beginning of the call, we don’t need to know why exactly you’re where you are,” she said. “We are just ambassadors to help you connect to the right service in the community or to offer you a follow-up.”

Juliana Stith, a Navy veteran, is one of two military call specialists in San Antonio. About half of all veterans who call 211 agree to receive a follow-up.

In-demand services While the Department of Veterans Affairs runs several hotlines to help veterans use their internal resources and benefits, calling 211 gets veterans in touch with community-based organizations and nonprofits to meet everyday needs and challenges. When it’s appropriate, 211 specialists will refer veterans to their VA or to a Vet Center.

Resources most in demand in San Antonio are for help with rent and utilities, said Andrew Sasseville, the United Way San Antonio’s senior vice president of accountability and community services. These are also some of the most challenging to attain, because of limited funds and the recurring issue of payments.

“As a veteran, you’re trained to be self-sufficient,’” said Sasseville, who served in the Air Force. “Veterans, they’re trained not to ask for help until it’s, ‘We’re about to be evicted tomorrow.’ ”

Nationally, 211 doesn’t consistently track veterans who seek assistance, said Rachel Krausman, senior director of 211 for the United Way Worldwide. Call specialists only ask about it when it’s related to a resource they might be eligible to attain.

Information that is available shows that in 2017, 211 got close to 300,000 calls nationwide from veterans or their family members, she said. Most common requests were for transportation to and from appointments at the VA, housing and food assistance – mirroring what the overall population is also seeking.

“However, there are certainly communities in the U.S. where homelessness among veterans is particularly high, like Broward County [Fla.], and in those cases I would say the veterans’ needs outpace civilians,” Krausman said.

Meeting the needs In San Antonio, they look at what is in high demand for veterans and try to work with nonprofits to better meet these needs — such as rent assistance. The Salvation Army San Antonio Area Command recently began to offer veterans rent and utility assistance because of this identified gap.

Hector Garza, lead case manager and specialist for the Salvation Army’s social services department, said he receives about 20 voicemails a day from veterans. Sometimes he can “hit a home run” and help a veteran. For example, a young veteran behind in rent and utilities was depressed because the mother of his children had recently left with them.

“I told him, ‘I can’t zero both [the rent and utilities] balances, because it’s too much,’ ” recalled Garza, a Marine Corps veteran. “But in both situations, he was able to miss eviction and make arrangements for the difference he still owed. On the utility end, we hit a nice home run there and got rid of the disconnection and brought the balance down to less than $100.”

The veteran also received face-to-face case management to ensure that he can find his way back to supporting himself again. This call, and most of the ones that Garza receives, came to him as a referral through 211.

Because grant money is often specific about who it can help, programs such as Mission United send organizations high-quality referrals.

“Right now, they are absolutely filling a gap for me,” Garza said of making certain the Salvation Army’s programs are reaching the people who need and qualify for them. “I wish I could wave a magic wand and help all of them.”

On average, the Salvation Army is able to help about 18 households a month, with $1,000 as the maximum amount of rent assistance available per household, Garza said. When someone owes more than that, he often calls other nonprofits such as Catholic Charities to see whether they can work together to get balances down.

Another service gap identified through San Antonio’s 211 was in helping veterans with parenting skills if they are at risk of losing their children. Domestic violence was the seventh most common assistance need requested last year through 211 callers, not just veterans.

Through a state grant, United Way offers a program to send a parenting coach into the home of a veteran. Not only can this prevent child abuse, but it can also keep kids and parents together in healthy relationships and out of the state foster care system.

Outside the bases, one in eight of San Antonio’s nearly 1.5 million residents is a veteran. Juan Ayala, director of San Antonio’s Office of Military and Veterans Affairs and a retired Marine, said the city is proud of its veteran population, as well as the way the local community works so hard to provide resources and help veterans succeed.

“Veterans as have some special requirements because of the careers they had, and I think it’s outstanding and another great example of the great partnership between the city of San Antonio and the military,” Ayala said.

It’s about more than solving the one problem that a veteran calls about, Sasseville said. Mission United specialists talk to veterans to identify the root causes of issues to see if they can get the veteran back to being self-sufficient.

“How do you stop that avalanche of needs before it happens?” Sasseville said. “Otherwise, we just keep putting a Band-Aid on it and nothing changes.”

If veterans say they can’t pay rent because they don’t have a car to find work, 211 will refer them to programs such Rides for Veterans, which offers free rides to medical appointments, job interviews and similar transportation needs — the fourth most requested need among 211 callers in San Antonio and a need identified by 211 for veterans nationwide.

Outside San Antonio, the transportation app Lyft has partnered with 211 to offer rides to veterans through its Rides for Relief program. The company has dedicated $1.5 million for the next year, said Aaron Fox, general manager of Lyft in Austin. The 211 partnership launched in May and is available in 12 cities, including Austin, Denver and Atlanta.

“What we’re seeing is that job interviews and veteran services are some of the most requested reasons for 211 rides,” Fox said. “It’s already our largest partnership and it’s only getting bigger. I couldn’t be more excited to be helping in this way.”