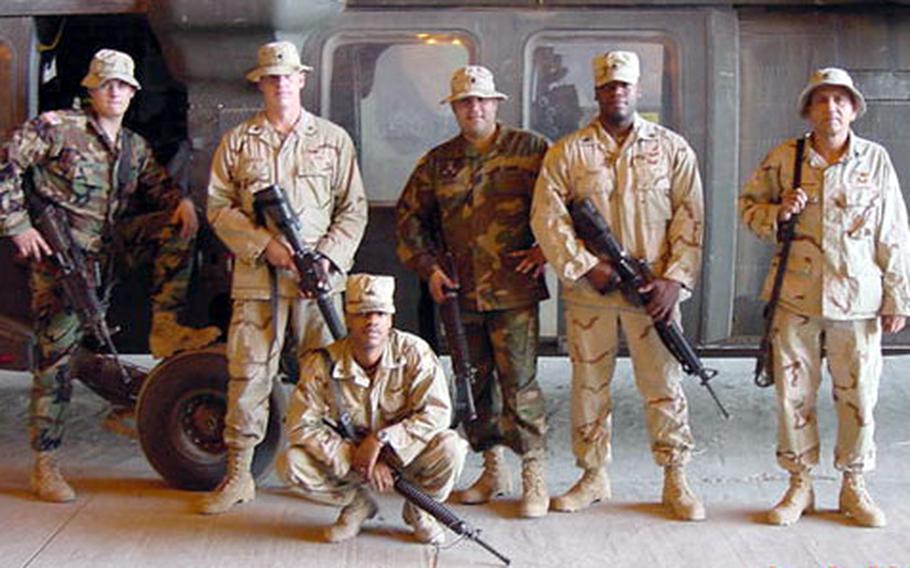 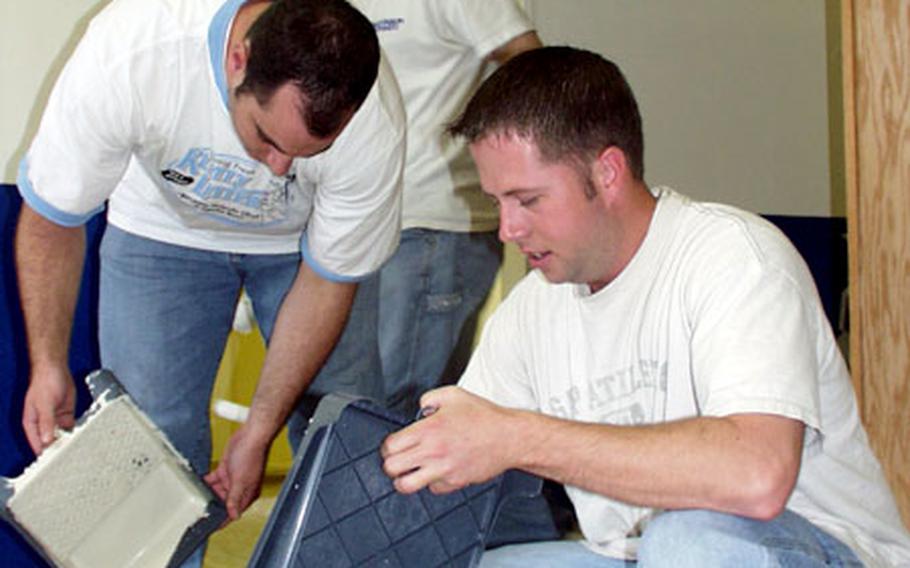 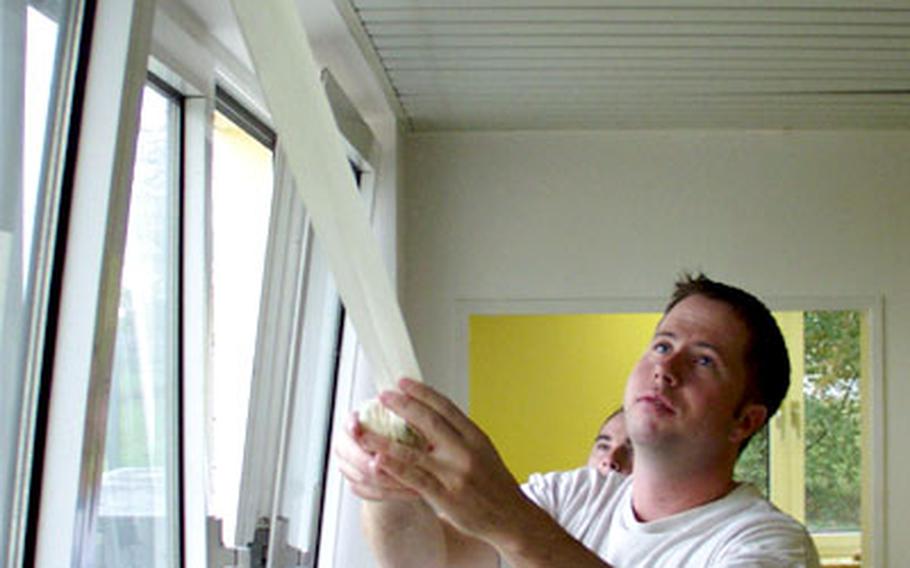 HANAU, Germany &#8212; From this day on, lower enlisted soldiers new to Company A, 127th Aviation Support Battalion, will come to know all about Sgt. James Lathan.

An aircraft hydraulics engineer, the 27-year-old Nebraskan was eight days away from leaving Iraq when a mortar round sent him home early, though not the way he, his buddies and his family had imagined.

The mortar round that exploded just behind him on the night of the Fourth of July sent pieces of shrapnel whizzing through the air. As luck or fate &#8212; or whatever one wants to call it &#8212; would have it, a fragment struck Lathan at the base of the skull, damaging his spinal cord and leaving him paralyzed from the neck down.

His Army buddies say that&#8217;s vintage Lathan, a quiet, reflective man who could be incredibly practical one moment and ridiculously carefree the next.

Sgt. Dane Harrison still laughs at the thought of Lathan donning headphones to listen to R&B tunes, dancing and bopping around the helicopter hangar at Baghdad International Airport without a shred of apprehension.

Perhaps that&#8217;s why Harrison and so many others &#8212; soldiers and spouses alike &#8212; think nothing of renovating part of a barracks building in tribute to him. When it&#8217;s completed early next month, a shadow box in the common room for transient soldiers will feature photos and other memorabilia, a sort of living tribute.

Lathan won&#8217;t be on hand for the ribbon-cutting ceremony for the renoated building next month. With the support of his wife, Amy, and 4-year-old son, James, he&#8217;s facing months of rehab at a Boston-area Veterans Administration hospital.

Like other 1st Armored Division units, many members of the 127th are moving on to new assignments after their 15-month tour to Iraq. Rodriguez and Sgt. 1st Class Billy Maloney said the turnover is part of Army life, but believe the effort in Building 1334 will give future GIs a greater appreciation of the sacrifices soldiers such as Lathan make.

The idea for the renovation project originated with the company&#8217;s Family Readiness Group, headed by the major&#8217;s wife, Mary Rodriguez. Last Saturday, when the effort got under way, more than two dozen people showed up to help, though, really, only half or fewer were needed.

As Harrison sorted through memories of the deployment and his time with Lathan, he spoke of how his friend and mentor spoke of his desire to be rich. The wealth he sought was not for himself, Harrison said, but for others. Lathan wanted to become a philanthropist to right some wrongs and help those less fortunate.

Lathan may never make his millions, but he&#8217;s enriching the lives of those who know him by demonstrating an indomitable spirit.

And he still does.