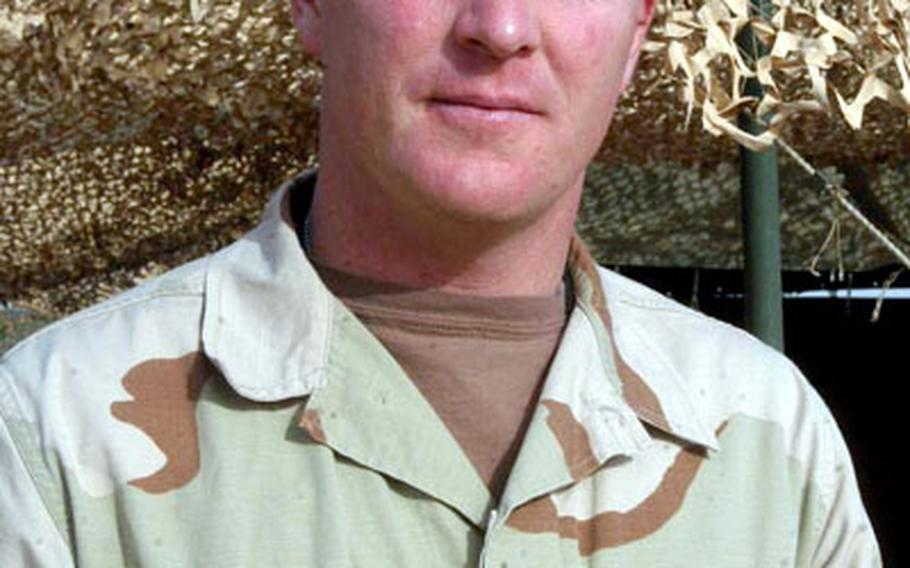 BALAD AIR BASE, Iraq &#8212; Air Force air traffic controllers have one unusual challenge when directing aircraft over Iraq: They have to keep civilian planes away from the combat areas.

Baghdad&#8217;s airport opened to civilian aircraft over the summer, along with other airports in Iraq. Yet the war continues.

His squadron controls military aircraft and helps coordinate it in combat operations, helping support troops on the ground. If he has to block off airspace to prevent civilian aircraft from entering, he contacts the 332nd EOSS, which operates the radar approach control, called RAPCON in Air Force parlance.

When that happens, the controllers direct civilian aircraft away.

&#8220;We have to constantly change the way we do things just to get aircraft in and out Baghdad,&#8221; Bardsley said.

Maj. Kevin Edenborough, director of operations for the 332nd EOSS, said &#8220;[The controllers] just make the airspace available so the air control squadron can do what they have to do.&#8221;

When combat aircraft are on the attack, they are controlled by the 332nd EACS. But when they return, they are in contact with the RAPCON, Edenborough said.

This is not the only challenge for the controllers, who operate from a small module in the center of the airfield. The controllers, more than 20 people from the U.S. and the Australian air forces, are responsible for every aircraft flying over central Iraq, from airliners and cargo planes to unmanned reconnaissance vehicles and fighters.

They relinquish responsibility for the aircraft only when it leaves the 36,000 square miles of airspace they control or it is within five miles of the airfield where it will land. Then, the plane is the control tower&#8217;s responsibility.

That includes, he said, the helicopters, which number in the hundreds around central Iraq on just about any day.

For Air Force controllers, talking to aircraft simply flying over the country is a new task. It&#8217;s called &#8220;in-route&#8221; when aircraft originate outside the country or leave the country.

Edenborough said the controllers arrive with the ability to do the job, but that ability is enhanced by the mission&#8217;s tempo and variety.

&#8220;The people who leave the RAPCON will leave with skills nobody back home will have,&#8221; Edenborough said.