Unit honors sergeant who thought of his soldiers first 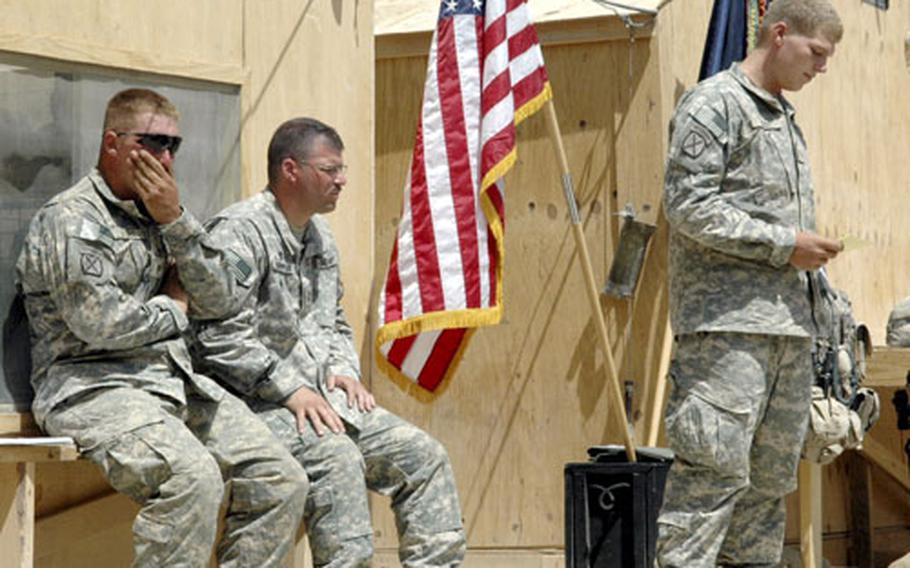 FORWARD OPERATING BASE BAYLOUGH, Afghanistan &#8212; Friends remembered Sgt. Robert Kassin as someone who thought more about others than himself.

Kassin, 29, was killed on July 16 during a firefight with militants in the Deh Chopan district. Members said he was leading his troops into the fight when he was hit.

On Monday, members of the 2-4 held a memorial service here to honor their fallen comrade, the first soldier from Task Force Warrior killed since the unit arrived in late March.

During the emotional ceremony, soldiers who worked closely with Kassin said he put his family before everything else, but his definition of &#8220;family&#8221; also included the men he served with.

Sgt. 1st Class Jerry Robinson said in the days leading up to his death, Kassin had premonitions that he might get killed.