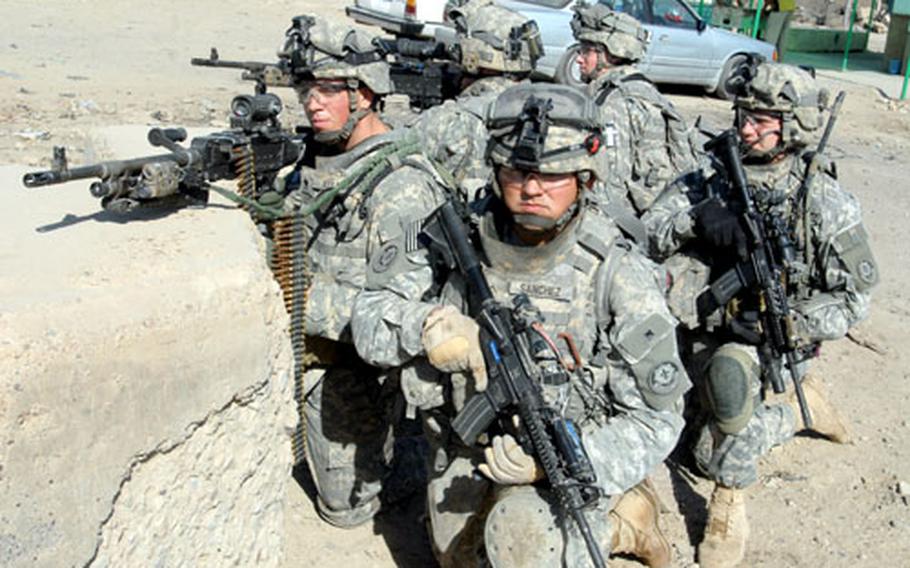 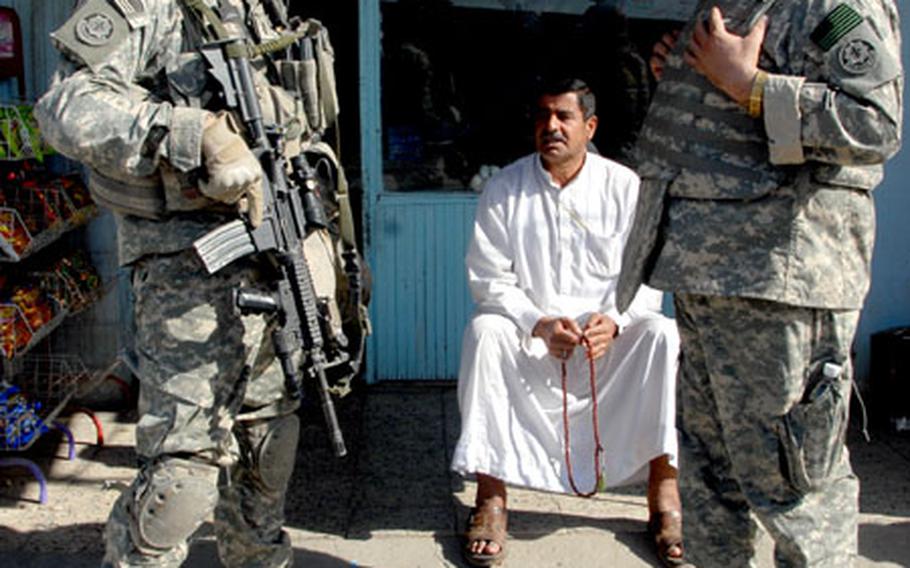 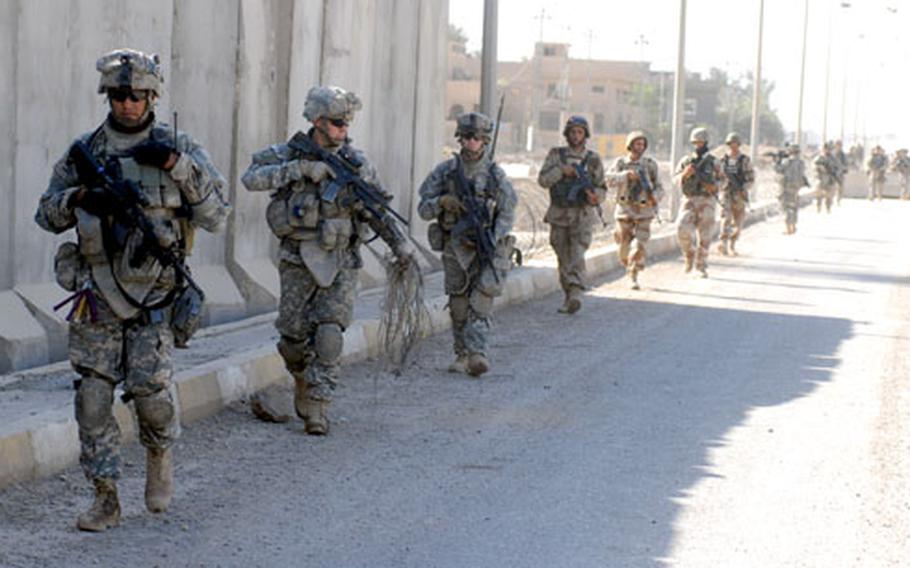 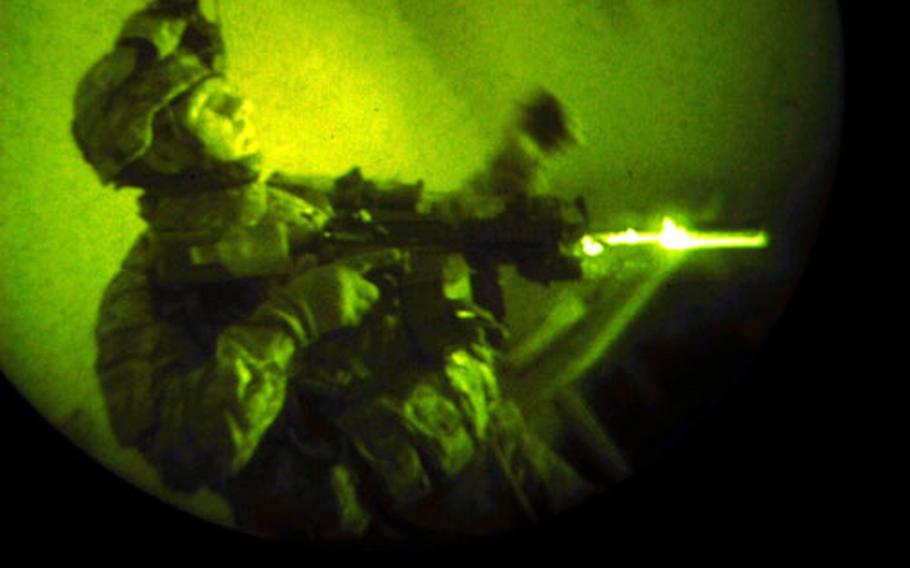 BAGHDAD &#8212; Combat Outpost Blackfoot used to be a Catholic seminary where monks and nuns studied ancient Christian books and held Mass in a tidy chapel.

That was before al-Qaida decapitated the priest last year and drove out the Christians along with thousands of Muslims in the surrounding Hadar neighborhood, which they referred to as the &#8220;Islamic State in Iraq.&#8221;

So when Company E arrived here in September, it spent the first few days and nights fortifying the outpost, putting up sniper nets and bringing heavy weapons up to the roof.

The attack, on Sept. 4, involved an estimated 50 al-Qaida militants hitting the outpost with sniper fire, machine guns and rocket-propelled grenades for six hours.

It started with reports of two car bombs in the area. But the reports were a hoax, and insurgents quickly started firing from rooftops at Company E Stryker armored vehicles sent to investigate.

&#8220;Our air guards (soldiers in the top hatches of the Strykers who look for trouble from above) killed three enemies,&#8221; Geressy said.

For many of the soldiers, who deployed from Vilseck, Germany, in August, the engagement was their first time under fire. But the battle was just starting.

Soon after the Strykers got back, the outpost was hit by several rocket-propelled grenades followed by a volley of sniper fire directed at a guard tower on the roof.

Spc. Mike Foster, 21, of Freehold, N.J., was in one of the guard towers when the RPGs hit.

Enemy fire was coming from the north and Foster&#8217;s machine-gun position faced east. So the young soldier took the gun out of the tower, set it on the wall of the roof, and started firing north.

&#8220;For the first couple of minutes I was nervous, but after I started firing it all went away. You could hear the rounds flying over us. I knew there was at least one sniper out there so I was trying to stay low and not keep my head up above the ledge for too long,&#8221; he said.

Cpl. Javier Diaz, 21, of Freemont, Calif., was in the same tower and helped Foster move the machine gun before opening up with his M-4.

When Glynn reached the roof, he ran to another guard tower where one of the Company E soldiers &#8212; Spc. Ryan Holley &#8212; lay badly wounded.

Meanwhile, Geressy ran the length of the roof trying to pinpoint where the enemy fire came from.

Geressy and some other soldiers put Holley on a litter and carried him downstairs. Then the first sergeant, who was overseeing the defense of the outpost, called for air support.

Two were right on target and would have killed anyone in the buildings. Enemy fighters ran into the street trying to get away and they were cut down by machine guns on the roof of the outpost.

After the Apaches, snipers, machine guns and Mark-19s broke the enemy, a convoy of Strykers left the combat outpost to take Holley to a combat hospital. The young soldier survived his injuries and is recovering at home, Geressy said.

But the fight wasn&#8217;t over. More insurgents started firing on the outpost and the departing Strykers. While soldiers laid down suppressing fire from the roof, the Strykers opened up with their .50-caliber remote weapons systems.

&#8220;The enemy was tough and organized. They were doing ammo resupply and bringing fighters into the fight. I never expected them to hit us in broad daylight with that many people, but they paid for it. We fought for 6&#189; hours and killed 18 guys,&#8221; Geressy recalled.

The al-Qaida survivors paraded through Hadar a few days later to show they were still a force but, according to Geressy, they&#8217;d lost a lot of credibility because they were beaten so badly.

During the battle, and in other engagements over the next six weeks, including several smaller attacks on the outpost, Company E used more ammunition than the rest of the regiment combined. But after killing an estimated 50 militants, the attacks on the COP Blackfoot have ended and a measure of calm is returning to Hadar.