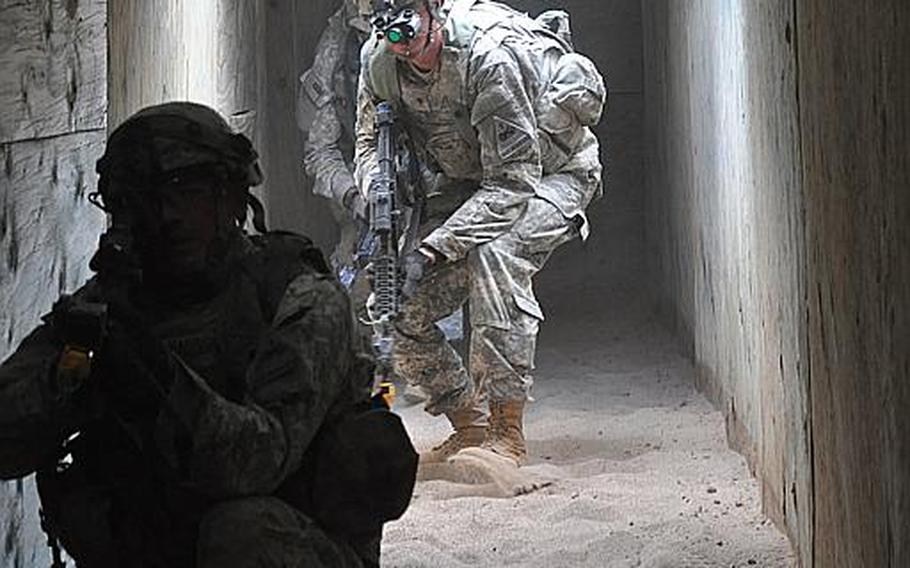 Soldiers from the 2nd Brigade Combat Team, 1st Armored Division, conducted training in May in a mock tunnel system at Fort Bliss, Texas, built by members of the U.S. Army Asymmetric Warfare Group in order to better under the challenges soldiers face in conducting subterranean operations. (U.S. Army)

Soldiers from the 2nd Brigade Combat Team, 1st Armored Division, conducted training in May in a mock tunnel system at Fort Bliss, Texas, built by members of the U.S. Army Asymmetric Warfare Group in order to better under the challenges soldiers face in conducting subterranean operations. (U.S. Army) 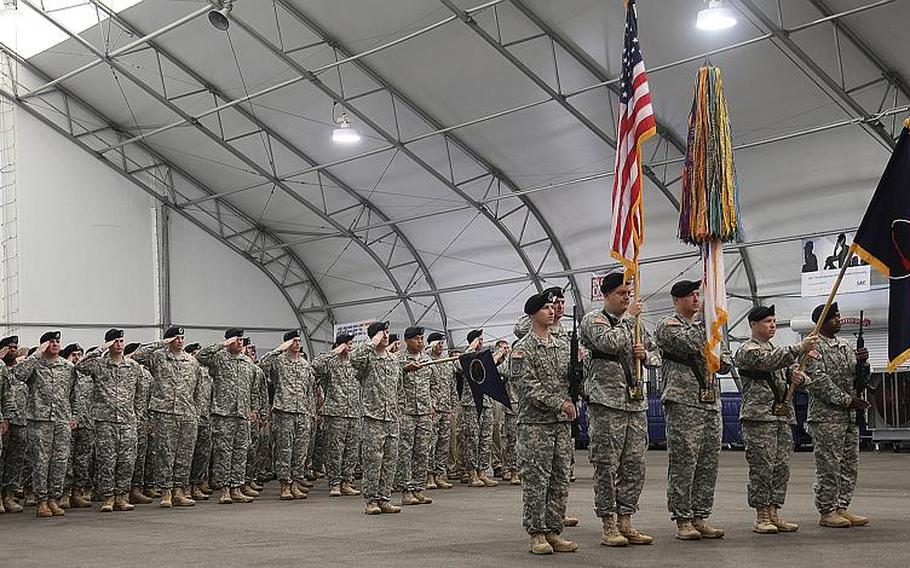 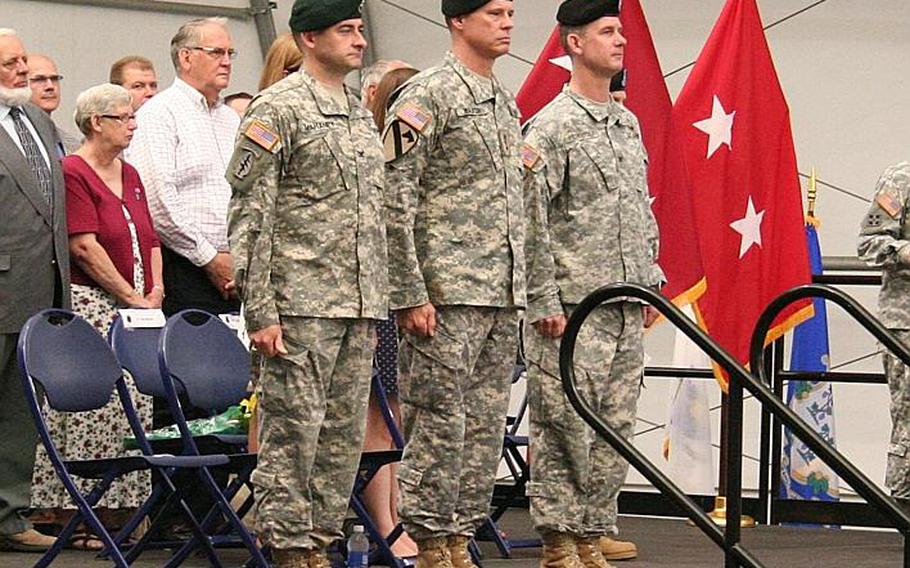 WASHINGTON — It’s a scenario almost no one wants to see: U.S. troops on the ground in Syria on a desperate mission to lock down the Assad regime’s chemical weapons stockpile before it can be used to kill thousands.

But unpleasant as it sounds, the Pentagon has told Congress that in a worst-case scenario, the U.S. military is prepared to send thousands of troops into the midst of a chaotic civil war to eliminate some of the deadliest substances ever created.

While the broad-scale planning for such a mission is being done elsewhere, the Asymmetric Warfare Group, or AWG, based at Fort Meade, Md., is coming at if from a lower-level perspective: that of the boots on the ground themselves.

Because for soldiers pulling up outside a chemical weapons facility, the problem is not one of strategy. It’s about staying alive for the next few minutes or hours.

“If you ask how we go after WMD in country X, the complexity of that question is overwhelming,” said Col. John P. Petkosek, who took command of the AWG in a ceremony at Fort Meade last week. “But we’re focusing on the human aspect — what does a guy who’s going to be going through that door need to know and need to have?”

The primary mission of the AWG, a unit of Army Training and Doctrine Command, is operational advising, which can mean anything from helping smoothe out bureaucratic tangles at lower-level headquarters to embedding with units on the battlefield to show soldiers the best way to survive rocket attacks.

The 340-person unit, comprising civilians and military members, has a heavy presence of Army Special Forces troops. Befitting a unit that spends its time telling others how to do things, it’s fairly senior in rank — primarily E-9s in the enlisted ranks, and majors and lieutenant colonels among the officers.

“What we do is accelerate problem-solving” for urgent, complex threats, whether WMD or green-on-blue attacks in Afghanistan, said former commander Col. Patrick J. Mahaney Jr.

The AWG originally took on the subject of chemical weapons elimination in Korea in 2011. One thing that quickly became clear, Mahaney said, was that such missions will likely play out in tight spaces like tunnels or underground bunkers.

So one of the first things the group did was to ask “tunnel rats” from the Vietnam War how to succeed underground. Their experience trumps anything that could be gained from an expensive research effort, he said.

“The key is focusing on the human who’s going in, to find out that this makes sense for a soldier in this situation while this other thing doesn’t,” he said. “It’s definitely not, ‘let’s spend lots of money on R&D.’ ”

When it did come time to spend money on subterranean combat training, the AWG built a complex at Fort A.P. Hill, Va., that simulates the tight spaces and frightening environments soldiers are likely to encounter.

The AWG developed a portable tunnel training facility that fits in a trailer and will be taken to different military bases for training a wide spectrum of troops.

“Upon first hearing of that mission, people often say ‘Hey, that’s a chemical war mission,’ or ‘Hey, that’s something the SOF guys will take care of,’” Mahaney said. “Actually, if it happens, it’s everybody’s mission … It’s a combined maneuver mission that will include key enablers,” such as chemical warfare specialists.

Mahaney said the AWG finds new ways to address problems, but usually does so with established doctrine.

“Have we invented something new? Not at all,” he said. “It’s the application of fundamentals, but done right.”