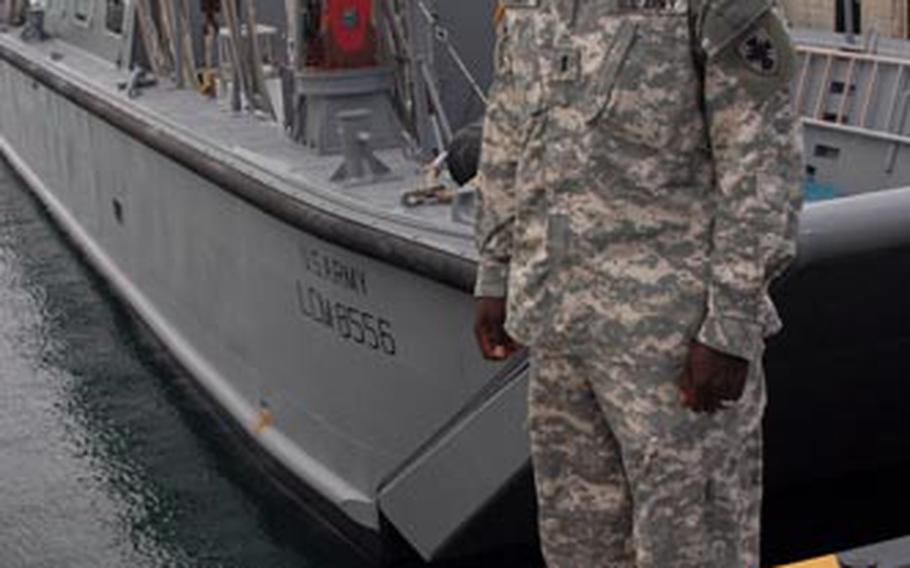 CHIBANA COMPOUND, Okinawa &#8212; The 505th Quartermaster Battalion is the pump that keeps U.S. vehicles rolling on Okinawa roads and military aircraft roaring in the skies. It&#8217;s also the last of a dying breed.

"The harsh reality is nothing on Okinawa moves without us," said 1st Lt. Ken Smith, the battalion&#8217;s petroleum operations officer.

As the Defense Energy Support Center&#8217;s storekeeper on the island, it&#8217;s the only unit in the Army responsible for maintaining a petroleum pipeline and terminal distribution network. Other fuel requirements around the service have been farmed out to private contractors.

The battalion oversees a 78-mile pipeline and supplies all Defense Department agencies on Okinawa &#8212; 747 to be exact, officials said. Recipients include the 18th Wing at Kadena Air Base, the 31st Marine Aircraft Group at Futenma, the Navy&#8217;s USS Essex Expeditionary Strike Group at White Beach, and Army and Air Force Exchange Service gas stations islandwide.

"This is a unique battalion, last of its kind," added Master Sgt. Ricky Davis, the operations noncommissioned officer in charge and senior enlisted adviser. "It&#8217;s a pretty big operation here."

Chibana Compound is a tiny complex near Kadena nestled between a main highway and jungle. Soldiers say Okinawans recognize it by the "metal man" statue out front, a steely configuration of old pipes and tools.

The 505th manages a pair of deep-sea fuel piers and two offshore tanker discharge facilities for commercial vessels contracted by DESC. Its six fuel-tank farms spread across the island boast a 56-million-gallon storage capacity, which can sustain an armored cavalry division in battle for 126 days without resupply.

Combined with additional fuel stored at Kadena, that number increases to 249 days.

Lt. Col. Michele Thompson-Shoats, the battalion commander, said 64 soldiers are among the 175 personnel assigned to her unit. U.S. and Japanese civilians also make up the work force.

"Our main concern is to move petroleum safely and not endanger the population or environment," she said.

At Chibana Compound&#8217;s control center, system operators monitor underground fuel lines around the clock for anything out of the ordinary. The facility features pressure and seismic sensors that can automatically shut down the pipeline.

Thompson-Shoats said divers support underwater tasks, and spill-response vessels stand ready to tackle any emergencies. "We pray we never have to use them," she added.

The battalion has a laboratory at Chibana and two others at White Beach and Tengan set up to determine specification and grade standards. About 3,000 tests a year are conducted, and the unit recently notched a 98.2 percent accuracy rating, officials said.

"We make sure the fuel is maintaining its quality before we start pushing it out to the services," said Sgt. Daniel Morel, a petroleum lab technician.

In the past fiscal year, the battalion has distributed $155 million worth of fuel, according to Smith.

The Air Force and Marines also have their own tank farms plugged into the pipeline, according to Thompson-Shoats. She said local carriers, including those contracted by AAFES, move fuel to other locations on Okinawa.

About 13 months ago, the 505th picked up laboratory surveillance and distribution for AAFES, but it&#8217;s getting a new local supplier by the end of the year, she added.

"Staying ahead of corrosion is a constant battle here on Okinawa," he said. "The salt air and water, heat: It&#8217;s just not good on metal."