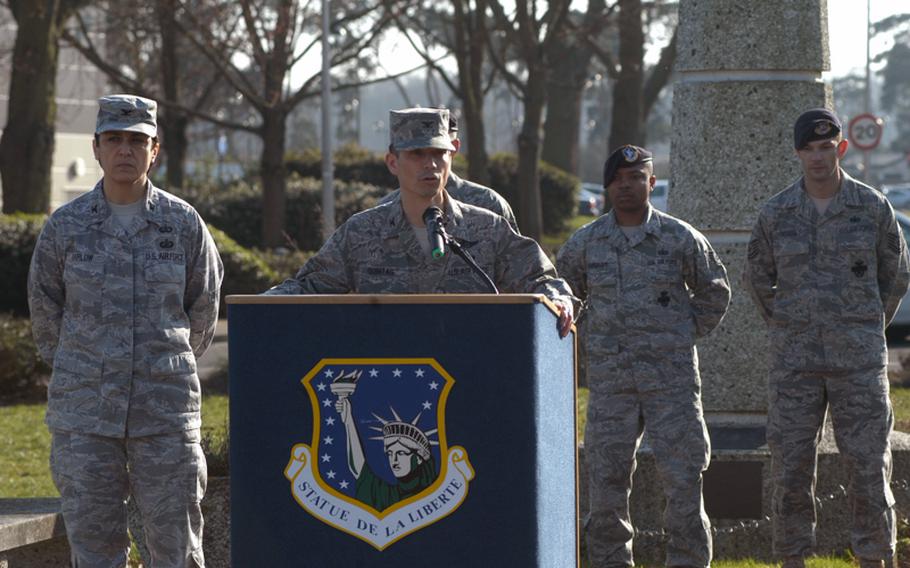 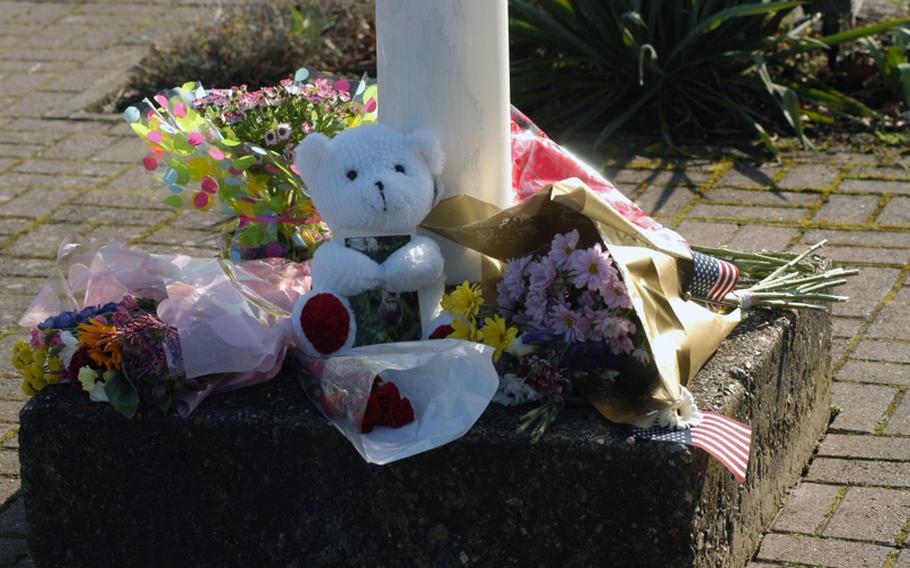 Buy Photo
Flowers, stuffed animals and sympathy notes rest at the base of a flagpole to honor the airmen from RAF Lakenheath and Ramstein Air Base who were killed and injured in Wednesday´s attack at Frankfurt Airport in Germany. (David Hodge/Stars and Stripes) 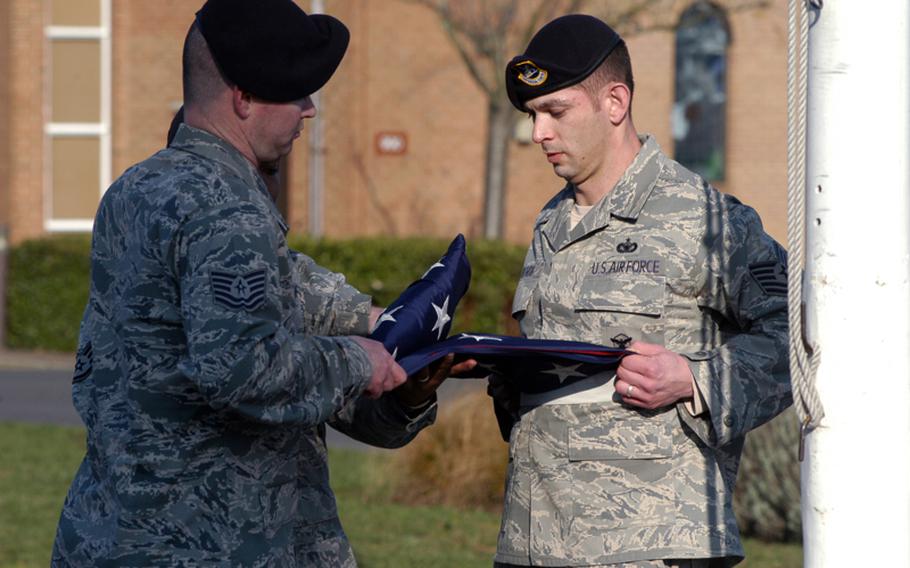 Buy Photo
Airmen from the 48th Fighter Wing at RAF Lakenheath in England fold the American flag into its traditional triangle shape to honor the U.S. airmen who were killed and injured during Wednesday´s attack at Frankfurt Airport in Germany. (David Hodge/Stars and Stripes) 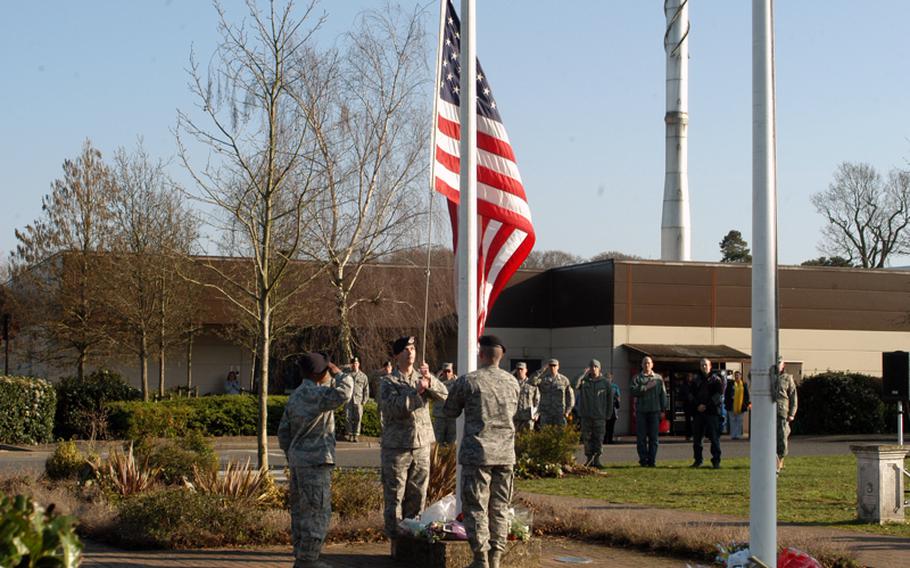 Buy Photo
A flag detail of airmen from RAF Lakenheath´s 48th Fighter Wing lowers the American flag in honor of those who were killed and injured during Wednesday´s attack at Frankfurt Airport in Germany. (David Hodge/Stars and Stripes)

Staff Sgt. Kristoffer Schneider was wounded in the shooting, as was another as-yet-unidentified airman.

During a news conference at Lakenheath, wing commander Col. John T. Quintas said he hopes to have his uninjured airmen back at Lakenheath in the next few days.

They are receiving aid and counseling at Ramstein&rsquo;s deployment transition center, where airmen returning from the war zone often get help, he said.

&ldquo;They have the resources to deal with this type of grieving and this type of trauma,&rdquo; Quintas said.

When the 12 return, they will be monitored and given any aid they need, he said, adding that their Afghanistan deployment has been postponed.

Despite the events of the past few days, Quintas said the airmen are a strong group that remains ready to deploy.

Alden, 25, of Williamston, S.C., was a fairly new arrival to Lakenheath, but was &ldquo;a great young kid,&rdquo; Quintas said, adding that Alden is married and the community is supporting his widow and family in South Carolina.

Quintas would not answer questions regarding the use of conspicuous U.S. buses in Europe to ferry troops around. Alden and the other airmen were on an American-style bus with military plates at the time of the attack at the airport&rsquo;s Terminal 2.

Vans with Air Force license plates are regularly used in England for troop transport as well.

When asked about the future use of such vehicles, Quintas said it is his job as commander to minimize risks to his airmen, and &ldquo;up-channel&rdquo; any concerns he has, but did not state his opinion on the policy.

A memorial service date has not yet been announced, officials said.

Quintas did not give his thoughts when asked whether he thought the Frankfurt airport shooting was due to U.S. military security lapses or simply the acts of an unpredictable, lone gunman.

But, he said, all troops realize the dangers they face when they take their oath.