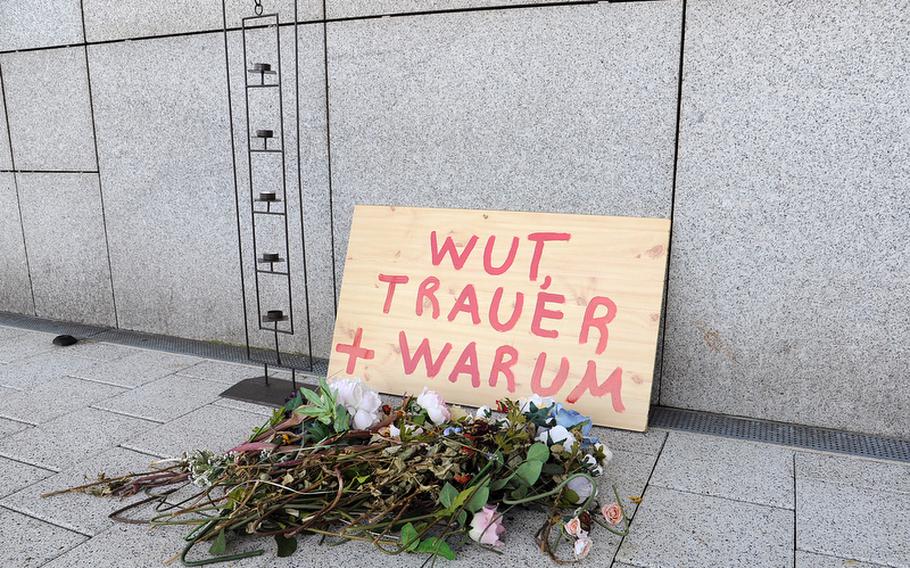 STUTTGART, Germany &mdash; Nearly one month after U.S. European Command banned the wearing of uniforms off post, servicemembers largely appear to be complying, though the measure has been slightly relaxed since it was introduced.

Although the policy forbade troops from wearing camouflage uniforms for daily commutes from home to work, that restriction was eased, according to servicemembers and military officials.

&ldquo;It was a little more stringent at first. Then a week later they changed it,&rdquo; said Master Sgt. Keith Lindsey with the 1st Armored Division headquarters in Wiesbaden, Germany. The 1st AD issued guidance that said troops can travel short distances in uniform from base to base or from home to work, but should take off their uniform top while driving, he said.

Similar guidance was issued to units at several other bases around Europe, including facilities in Germany, Italy and England.

At EUCOM headquarters in Stuttgart, officials would not provide details about the latest force protection policy on uniforms, or what kinds of changes have been made since it was announced in late March. However, measures are routinely adjusted based on threat conditions, according to EUCOM.

Still, there is no sign that the directive will be lifted anytime soon.

U.S. Army Europe also declined to discuss specifics about the policy, which is up to local commands to enforce.

&ldquo;We are not going to discuss particular cases or circumstances where a soldier might or might not wear their uniform off-post,&rdquo; said Mark Ray, a USAREUR spokesman, in a prepared statement. &ldquo;It is the responsibility of the chain of command to communicate the policy to their soldiers and to ensure compliance.&rdquo;

In recent weeks, there has been a clear drop in the number of troops seen out and about in uniform as evidenced by the hit local eateries have taken since the policy was instituted.

&ldquo;We used to have 20 to 30 people in uniform for lunch every day, but not anymore&rdquo; said Robert Dujmovic, who runs the Gastst&auml;tte Hondler, a small eatery just outside the gate of Patch Barracks in Stuttgart. &ldquo;If the general says don&rsquo;t go off base, that&rsquo;s the law.&rdquo;

At Cantina Mexicana in Kaiserslautern, a restaurant popular with Americans for 22 years, lunchtime business is off at least 50 percent, said owner Egidio Ferrante, who added that he&rsquo;s been forced him to cut back on staffing.

&ldquo;As soon as the policy started, we realized it at lunchtime,&rdquo; Ferrante said.

At least 70 percent of Ferrante&rsquo;s clientele was in uniform, or associated in some way with the military.

Now, he said, &ldquo;We don&rsquo;t see anybody in uniform.&rdquo;

But on Thursday, Ferrante saw some of his first uniformed customers in weeks.

A sergeant in his Army combat uniform who was there with his wife and two children said the policy goes too far.

&ldquo;I understand why they want to do it,&rdquo; said the sergeant, who asked not to be identified. But, he added, he thinks the policy should be limited to airports, bus depots and train stations. Critics argue that uniform or not, Americans are easy to identify.

The ban on uniforms off base followed the March 2 shooting at Frankfurt International Airport that left two airmen dead and two badly wounded. At the airport Friday morning, not a single servicemember could be seen in military attire. That included those with the unit entrusted with greeting inbound soldiers and families. They wore civilian clothes, unlike in years past.

Overt indicators of any U.S. presence are few, and the only obvious reminder of the March shooting was a makeshift memorial of plastic and dried out flowers in front of Terminal 2 near the site of the shooting.

Still, enforcing the rule across the board appears to be a challenge. Uniformed troops are still routinely seen at the McDonald&rsquo;s in Bamberg and eateries near Air Force facilities in England.

With troops scattered at installations across the continent and constantly rotating in and out of communities, getting the word out about new force protection guidelines can be difficult.

In some cases, troops are still unaware of the policy. In Stuttgart, a uniformed officer eating off-base explained that he was new to the community and didn&rsquo;t know about the rule.