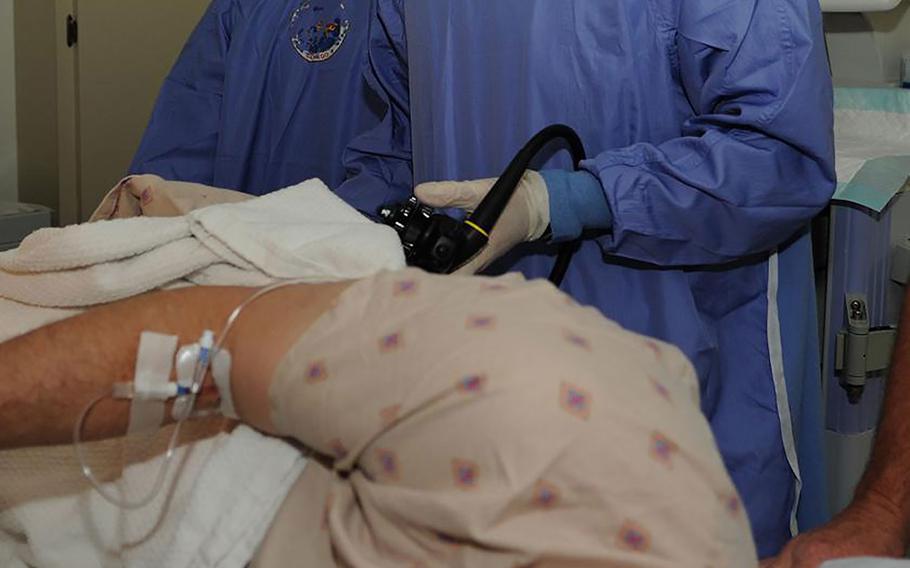 A colonoscope is used on a patient during a colonoscopy at Naval Medical Center San Diego. (Chad Bascom/U.S. Navy)

As many as 135 patients could have been exposed to HIV and hepatitis at a U.S. air base in Qatar because medical equipment wasn’t properly cleaned during examinations in an eight-year period.

Air Force officials are notifying patients who might have been exposed to infectious blood-borne diseases during colonoscopy and endoscopy procedures between 2008 and 2016 at the Al Udeid Air Base clinic, the Air Force Times reported.

Chances are low that the patients contracted any diseases, federal health officials said.

The Air Force determined that technicians sometimes manually cleaned instruments instead of using the more thorough automated process that flushes and brushes the equipment. News of the patients’ possible infection prompted the Air Force to issue a service-wide alert calling for medical personnel to comply with federal guidelines for cleaning equipment.