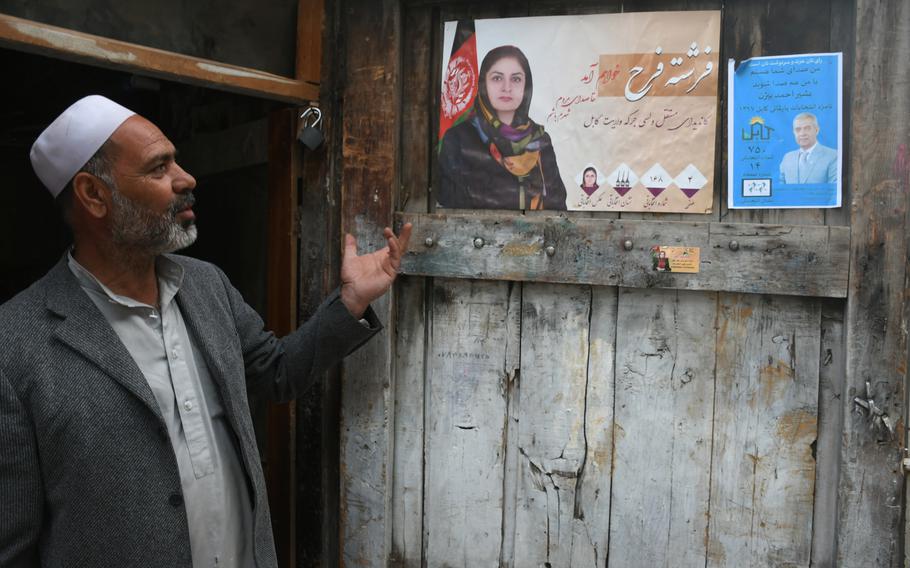 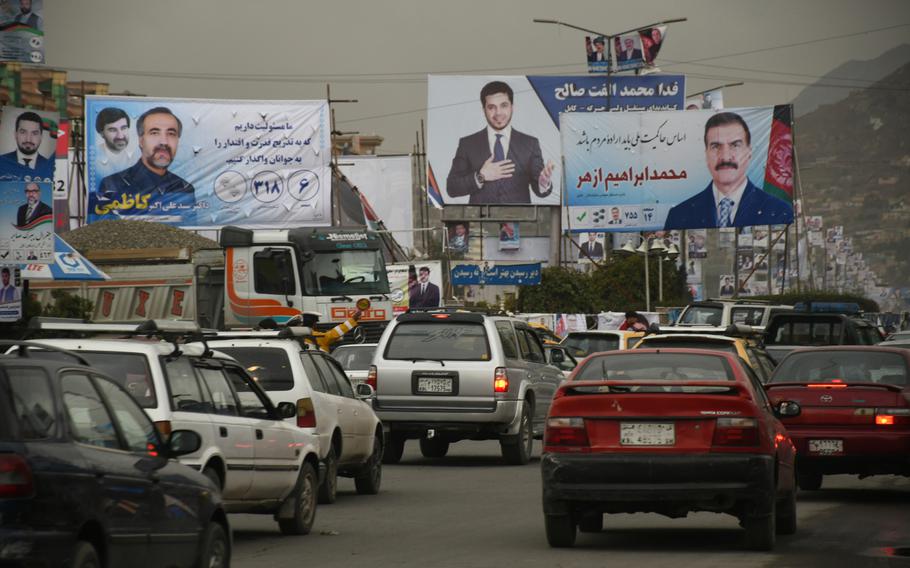 KABUL, Afghanistan — The United Nations on Thursday said NATO-trained, local security forces are creating conditions for most eligible Afghans to vote, as Afghanistan braces for a spike in violence ahead of parliamentary elections next week.

Progress has been made despite significant security challenges, the U.N. Assistance Mission in Afghanistan, or UNAMA, said in a statement.

U.S. military officials in Afghanistan have said helping Afghan forces safeguard the elections, scheduled for Oct. 20, is one of the coalition’s top priorities this year. Next week’s vote is already three years overdue.

But security fears have prompted speculation from analysts that voter turnout might be low. Nearly 130 civilians have already been killed in the run-up to the vote, according to U.N. data, and the Taliban have vowed to disrupt the process further.

“Any violence or intimidation directed at voters, candidates or electoral officials is totally unacceptable, and I unequivocally condemn it,” said Tadamichi Yamamoto, the head of UNAMA.

While American and other coalition troops are advising on security and logistics, Afghan forces are fully responsible for protecting the ballot.

“All our joint forces are ordered to try their best to secure the elections,” Nasrat Rahimi, deputy spokesman for the Interior Ministry, told Stars and Stripes, adding that Afghan soldiers and police will be stationed at roughly 5,100 poling centers across the country on election day.

The number of polling centers was reduced from over 7,350 due to security concerns, according to the Independent Election Commission. Reports of fraudulent voter registration and interference by regional and local strongmen have also marred the vote.

The Taliban, who consider the election a tool to advance the interests of foreign countries, called on its supporters to halt voting throughout the country, “by creating severe obstacles for it.”

A statement by the insurgents on Monday added that all security personnel helping the process “should be targeted and no stone should be left unturned for the prevention and failure of this malicious American conspiracy.”

UNAMA recently expressed concern that innocent people could be killed or injured in attacks on schools, health clinics and mosques, where many polling stations are located.

The U.S. Embassy in Kabul on Thursday issued a warning to Americans visiting or living in the country, urging vigilance and caution in the coming weeks.

“On election day and in the period before and after, large demonstrations or gatherings may occur which could become a target for attack by terrorist groups,” the Embassy warning said.

Many citizens, like Wais Hamidi, 32, a tailor in Kabul, are waiting to see what the security situation will be like on election day before committing to casting their ballots.

“Our lives are the most important thing,” he said. “I want to vote because if we all elect good people it could bring change to this country. But if it’s dangerous, we won’t go to the polls.”

Ghulam Qadir, 60, a carpenter who has election posters hanging on the walls of his shop in the capital, said violence is just one concern Afghans have about the upcoming elections. While he intends to vote, he says half the people he knows are not going to, mostly because they consider parliament ineffective and corrupt.

“In Kabul people are frustrated,” Qadir said. “There are a lot of problems here.”

Zubair Barbarkarkhail contributed to this report.