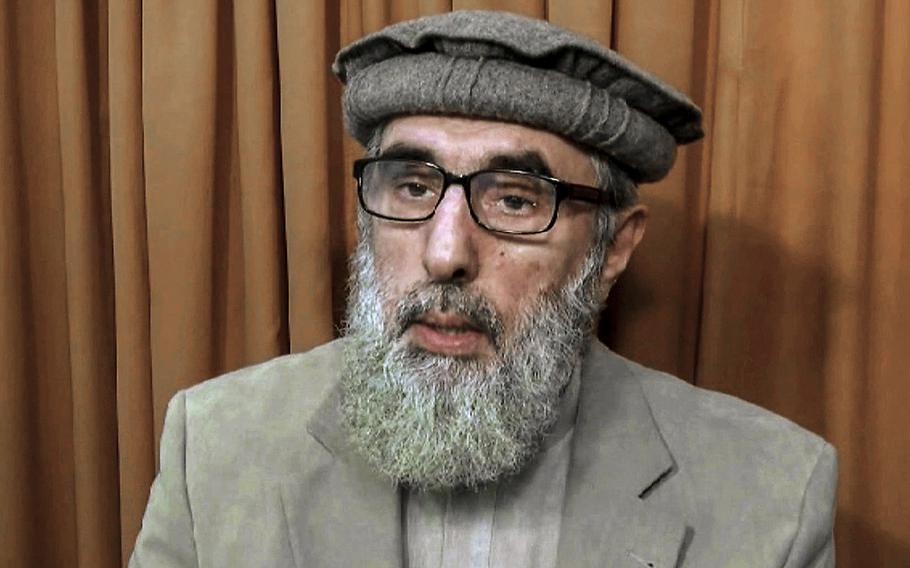 KABUL, Afghanistan — The U.N. Security Council has removed Gulbuddin Hekmatyar, a former Afghan warlord who fought U.S. troops after the 2001 invasion, from its sanctions list in a move aimed at bringing the Taliban and other insurgent groups to the negotiating table.

A statement posted Friday by the Security Council said Hekmatyar, leader of Islamist organization Hezb-e-Islami, would no longer have his assets frozen or be subject to a travel ban or arms embargo.

The lifting of the sanctions followed a request by the Afghan government, which signed a peace deal in September with Hekmatyar and Hezb-e-Islami, that gives him and his followers immunity for past actions and allows them to return to Kabul and receive full political rights.

Supporters of the deal hope it will pave the way for the Taliban and other militant groups to join a peace process, which they say is the only realistic solution to the country’s 15-year war.

“This is very good for peace in Afghanistan,” Amin Karim, Hekmatyar’s chief negotiator, told Stars and Stripes when asked on Saturday about the lifting of sanctions. “It shows other groups, who insist on fighting, that the Afghan government is committed to the agreement.”

Karim said he and his colleagues were in constant contact with the Taliban, who are watching the situation “very, very closely.”

“They are waiting to see what happens when Hekmatyar returns to Kabul in two or three weeks — maximum one month,” he said. “It’s difficult to say if they’ll be persuaded to come to the negotiating table soon, but we are working on that very hard.”

Hekmatyar, who is believed to be living in the border area between Afghanistan and Pakistan, is so far the only insurgent leader to sign a peace agreement with the Afghan government.

Hezb-e-Islami has been blamed for serious human rights abuses and the indiscriminate shelling of Kabul during the civil war in the 1990s, which killed thousands. The group’s last major attack was a car bombing three years ago that killed six American soldiers and nine Afghan civilians.

Hekmatyar is seen as a potential rival to President Ashraf Ghani and Chief Executive Abdullah Abdullah. Experts say his return to the Afghan capital will likely provide an additional challenge to the country’s weak national unity government, which has struggled to combat a resurgent Taliban.

Militants stepped up attacks last year, and the government has lost 15 percent of the territory it controls, maintaining rule in just 60 percent of the country, the Special Inspector General for Afghanistan Reconstruction said in its latest report on Tuesday.

Some worry that allowing Hekmatyar’s return could further embolden the Taliban, making the militants’ participation in peace talks less likely.

“All political parties in Afghanistan have rivalries, and when Hekmatyar comes to Kabul it will definitely boost those rivalries,” said Faraidon Momand, a member of parliament from Nangahar province. “But Afghans hope that the political leaders will join hands and work for peace. Afghanistan needs it.”