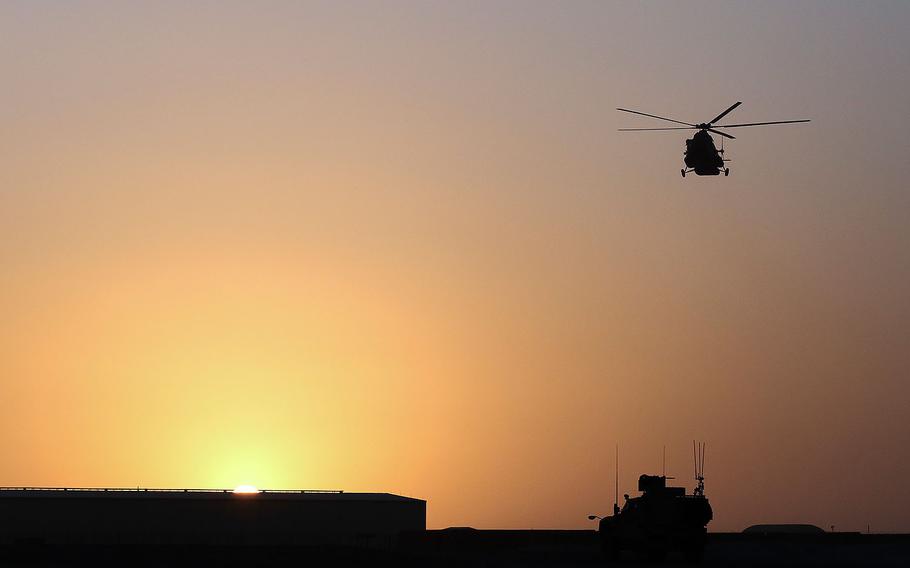 KABUL, Afghanistan — The United Nations has expressed grave concern over the deaths of nearly 30 civilians killed by counterinsurgency airstrikes in Afghanistan this week.

The strikes by Afghan and American forces against the Taliban came days after President Donald Trump announced a new U.S. strategy for Afghanistan that includes increased air support to fight the insurgents. The U.S. military couldn’t immediately confirm whether its latest strikes were part of the new plan.

On Monday, the U.S.-trained Afghan air force dropped munitions in the Shindand district of western Herat province, which hit residential homes, killing at least 15 civilians and injuring four others, according to initial U.N. findings. Two days later in eastern Logar province, at least 13 civilians were killed and 12 others injured when suspected U.S. airstrikes targeted insurgents who had allegedly used a civilian compound to attack aircraft, the world body said.

A high number of noncombatants have been killed this year amid increased attacks by militants and escalating combat between government forces and Taliban and Islamic State militants.

U.S. Forces-Afghanistan said in a statement that it was aware of the incident in Logar’s Pul-e-Alam district and that an official investigation had been launched.

All the civilians killed or injured in both incidents this week were women and children, the U.N. said.

“I’m deeply saddened to hear that women and children have once again suffered so terribly from the conflict,” said Tadamichi Yamamoto, head of the U.N.’s mission in Afghanistan.

“This is unacceptable,” he added. “All parties must live up to their obligations to take all feasible measures to protect civilians.”

The U.S. Air Force has increased its activity in Afghanistan considerably this year, even before Trump announced his new strategy. As of June 30, U.S. and coalition aircraft had released 1,634 munitions, surpassing the total for all of last year by nearly 300. Only 545 munitions were released during the first half of 2016.

The Taliban’s alleged use of civilians or civilian locations as shields will pose an additional difficulty for U.S. forces providing air support as they move forward under the new rules.

During President Barack Obama’s troop surge in 2010, civilian casualties caused by airstrikes put a major strain on relations between Washington and Kabul. They also often lead to greater support for the Taliban among locals.