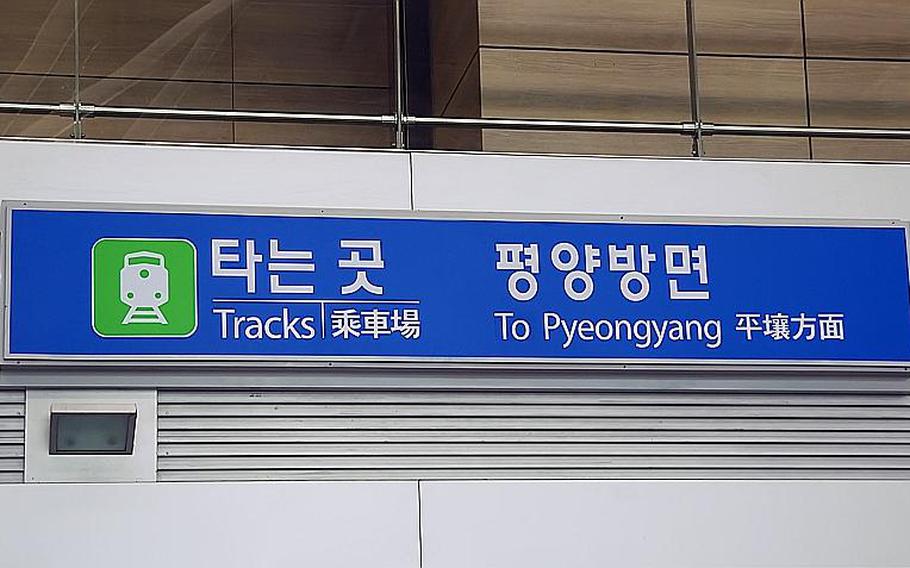 Dorasan Station, the northernmost train station in South Korea, is a symbol of the government's hopes to someday link railways and roads with North Korea. (Courtesy of Wikicommons)

SEOUL, South Korea — The United Nations Command blocked Seoul’s plans for a joint survey of an inter-Korean railway due to a procedural error, officials said Thursday.

But plans to begin a two-week field survey on Aug. 23 were delayed when the U.S.-led UNC rejected a request to move necessary equipment across the Demilitarized Zone that divides the peninsula.

The UNC “respectfully declined” the request for government officials to visit the North “through Transportation Corridor-West while requesting more fidelity on the details of the proposed visit,” the command said in a statement.

It didn’t give a reason, but officials said the application had been submitted too late.

The two Koreas had hoped to test-operate a train on the railway linking Seoul to the North Korean city of Sinuiju, according to the Yonhap News Agency.

The UNC oversees the heavily fortified frontier, which has divided the peninsula since the 1950-53 Korean War, which ended in an armistice instead of a peace treaty.

The buffer zone has been busy this year with a series of official meetings as hopes for peace rose with diplomatic efforts to persuade the North to abandon its nuclear weapons.

Moon has said that his government hopes to “hold groundbreaking ceremonies within this year for the reconnection of railroads and roads,” although he linked the infrastructure projects to progress on the nuclear front.

South Korea, a staunch U.S. ally, has promised to work closely with Washington to ensure no sanctions are violated as it pursued economic cooperation with the North.