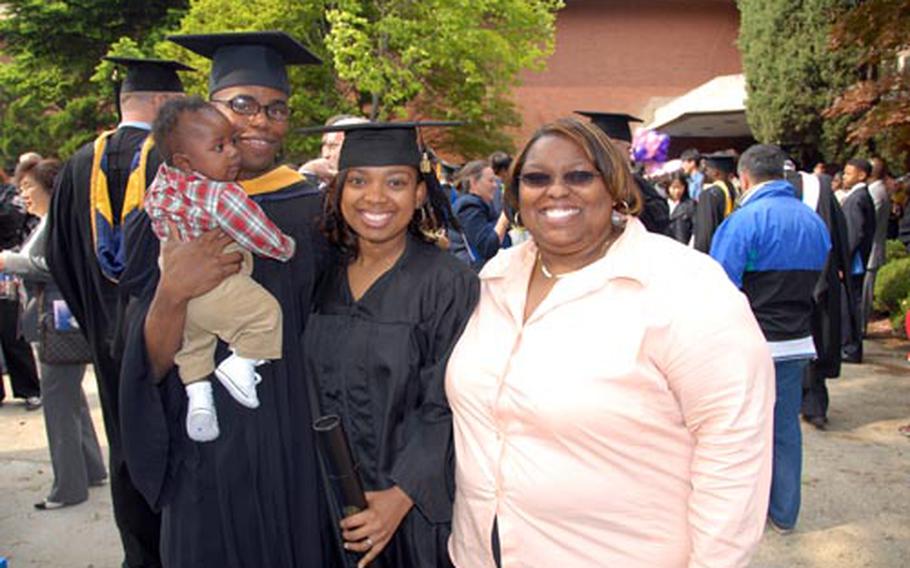 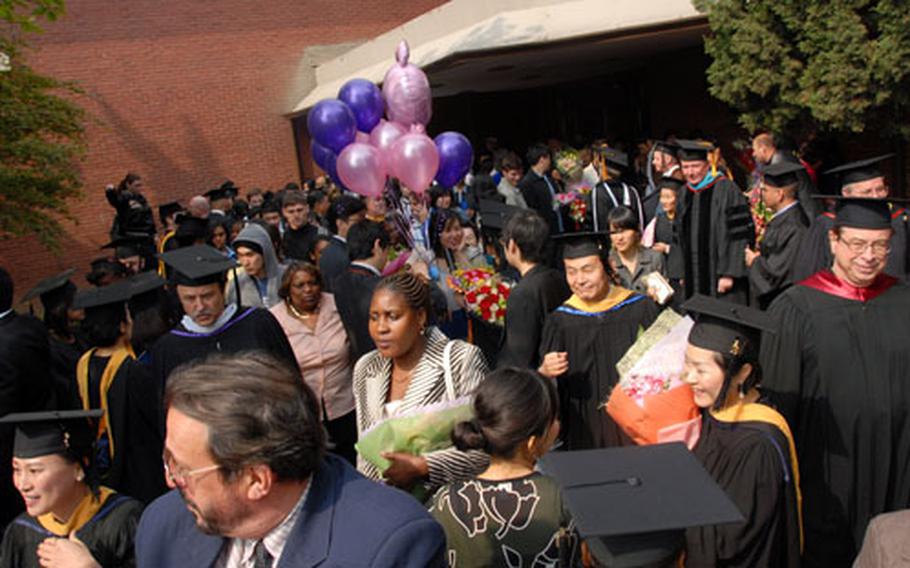 Choe Min-suk put her electronic English-Korean translator to good use.

They were among the University of Maryland University College graduates to receive degrees at Saturday&#8217;s Class of 2008 commencement &#8212; and officials say they&#8217;re representative of the school&#8217;s worldwide population.

Danny Black, a soldier with the 18th Medical Command, and Natoya, who recently got out of the Army, attended the ceremony with their 4-month-old son, Danny Jr., and Natoya&#8217;s mother, Cheryl McCrae.

Natoya finished one term on Dec. 22, had her baby on Dec. 26, and was back in the classroom less than a month later.

They were able to push through their classes and the challenges of being new parents, thanks in part to the fact that McCrae has stayed with them since the birth.

Weinheimer, stationed with the 2nd Infantry Division along the demilitarized zone, has worked on his degree in South Korea for four years. About half of his classes were at Yongsan Garrison, meaning he spent a lot of time on the roads.

For Choe &#8212; a Korean national and base employee &#8212; the UMUC degree is her second; she earned her first at a Korean university.

A class favorite known to bring local treats, Choe beamed after the ceremony.

Aldridge lauded the graduates for balancing the challenges of family and work, for raising children while balancing tight budgets.

During his commencement address, Morgan thanked the friends and families who helped the graduates.

That&#8217;s exactly what graduate Michael Dracos plans to do. His goal is to jump right into a master&#8217;s degree program and look at law school.