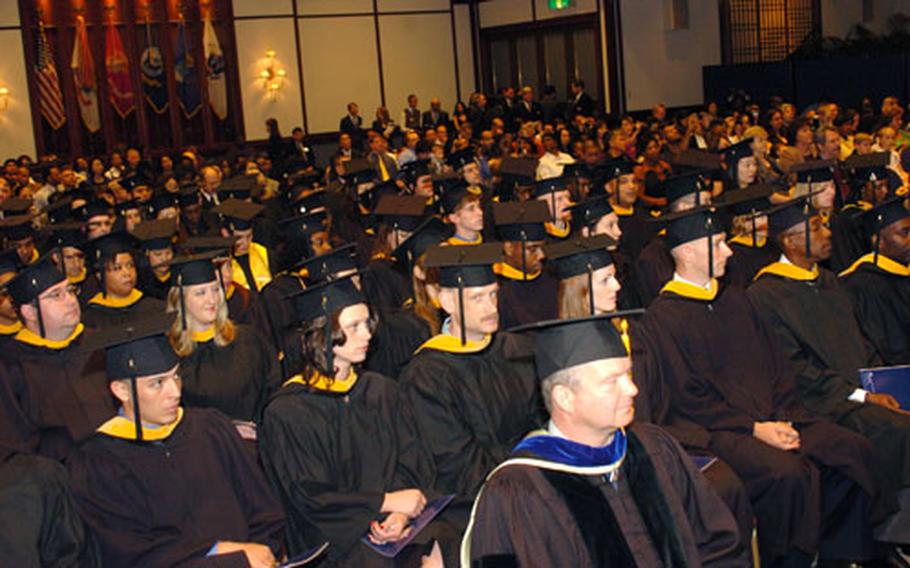 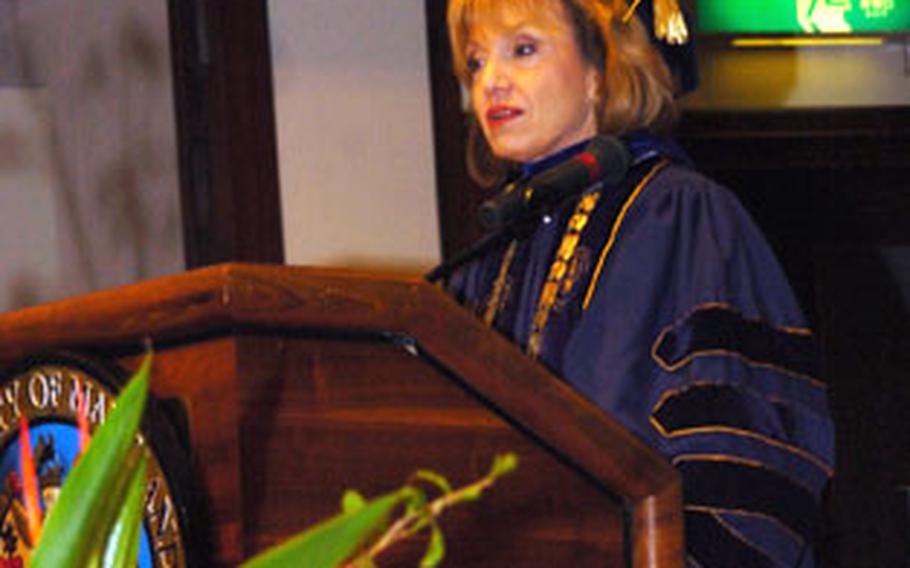 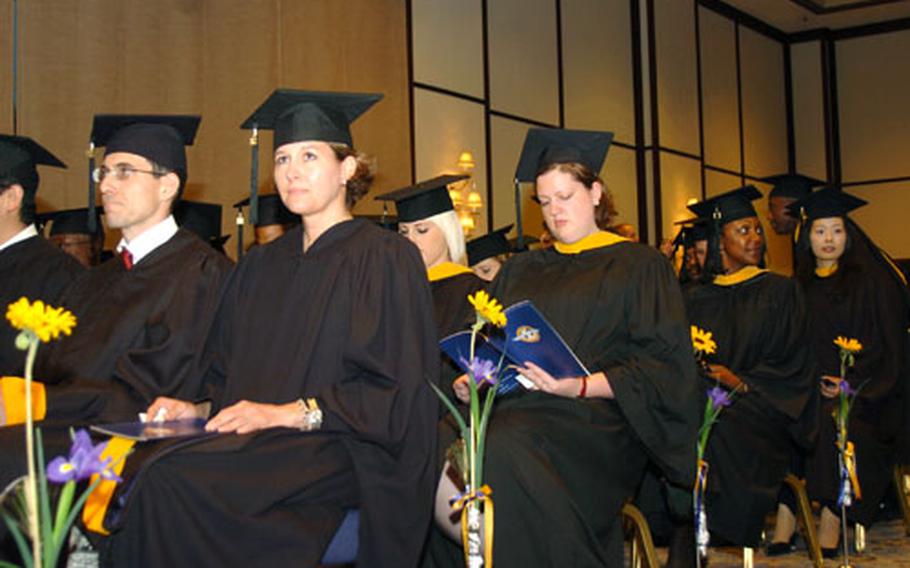 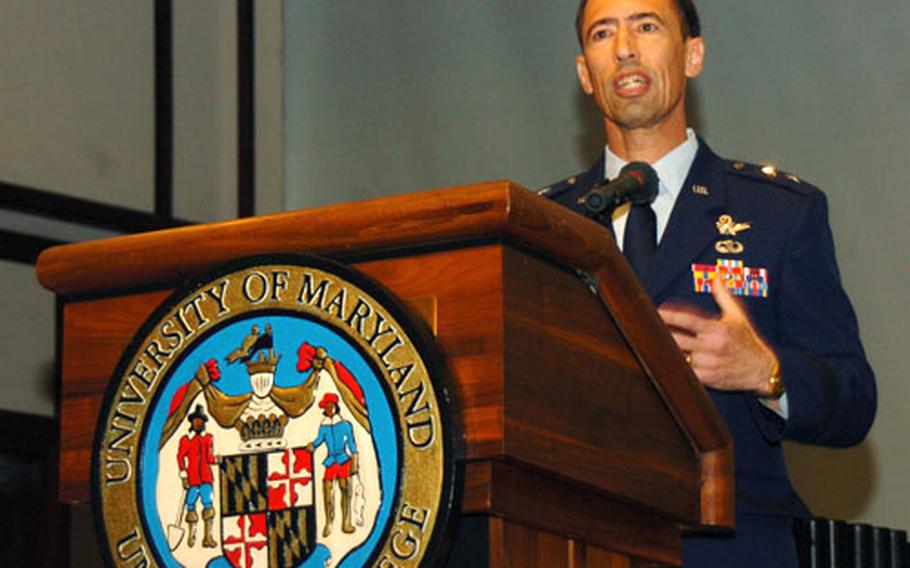 TOKYO &#8212; More than 80 students walked the aisle Saturday in the name of academic achievement during University of Maryland University College Asia&#8217;s 52nd commencement at the New Sanno Hotel.

It was the first of three ceremonies in the Pacific. The school also will stage graduation events in Seoul and on Okinawa the next two weekends.

&#8220;We are excited about our 52nd commencement season in Asia and the joy that brings,&#8221; UMUC Asia interim Vice President and director William C. Beck. &#8220;It&#8217;s always a thrill to see our students reaching their educational goals and moving on to the next stage of their lives.&#8221;

Eighty-two graduates marched in the ceremony. Among them were 24 servicemembers, 29 military dependents, 22 U.S. civilians and seven Japanese nationals.

Many graduates &#8212; including Coley, who worked on his business degree for seven years &#8212; said it was difficult balancing studies with work and family, as well as deployments.

Chief Petty Officer Thomas Hollingshead, 35, of Naval Computer and Telecommunications Station Far East at Yokosuka Naval Base, worked on part of his degree in Iraq and just returned to Japan in time for Saturday&#8217;s graduation.

He also wants to hold up the degree as motivation for his own children in their academic pursuits, Hollingshead added.

UMUC will award about 800 degrees this year, administrators said.