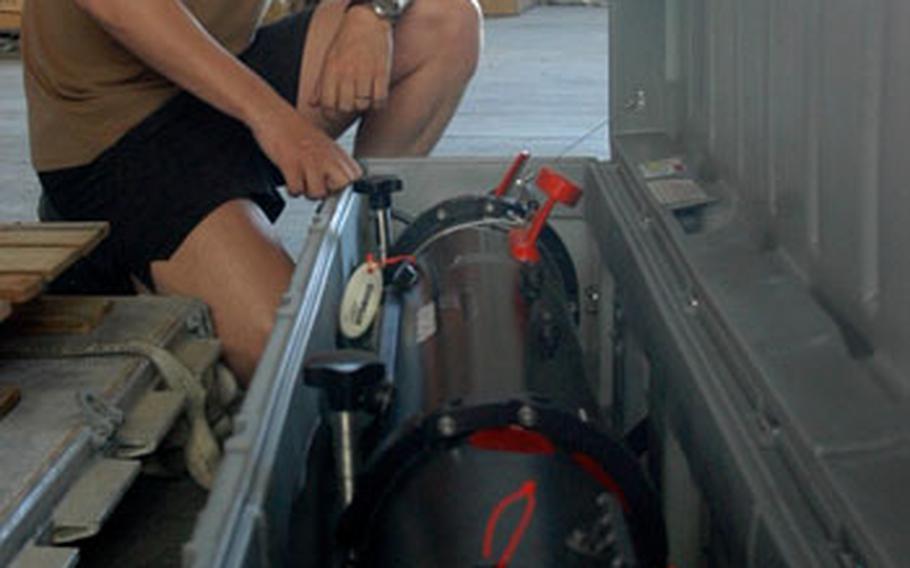 NAVAL AIR STATION SIGONELLA, Sicily &#8212; U.S. Navy sonar technicians from Sigonella are in Uganda helping to locate wreckage of an airplane that crashed earlier this month killing 11 onboard.

"We&#8217;ve been called to assist &#8230; to locate and map out the debris field for the aircraft and assist divers in the recovery of bodies and the flight recorders," Chief Petty Officer Manuel Ybarra, a sonar technician who has served in the Navy for 24 years, said in a recent interview.

The downed Ilyushin-76 cargo plane was en route to Mogadishu, Somalia, from Entebbe International Airport when it burst into flames and plunged into the lake after takeoff, according to a media report posted on allAfrica.com. A Burundian army general and his two senior colleagues, four Russian/Ukrainian crewmembers, a South African, an Indian and two Ugandans were killed in the crash, the site reported.

Other media reports stated three of those killed were U.N. workers en route to Somalia.

The aircraft was carrying 16 tons of cargo, including tents and water-purification equipment for African Union peacekeeping troops in Mogadishu, according to a U.S. Africa Command press release. The U.S. Embassy in Uganda and the government of Uganda requested U.S. military assistance in recovery operations at the crash site.

"When a plane hits the water, it tends to break apart," he said.