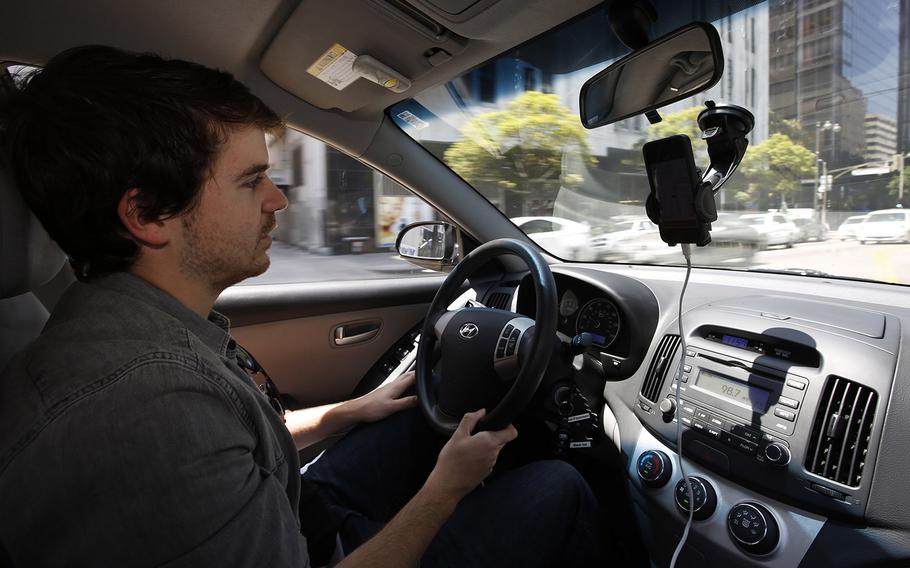 WASHINGTON — The ride sharing companies Uber and Lyft have jumped on the patriotic bandwagon this Veterans Day with an announcement that they will offer free rides to homeless veterans trying to get to work opportunities.

It could be part marketing ploy — customers feel better supporting an organization that supports a good cause — but it also answers a call from the White House for private companies to step up to support military families. The initiative, Joining Forces, was created in 2011, calling on Americans to rally around veterans and military families and dovetailing with a promise to end veterans homelessness.

“Undeniably, there is a benefit in marketing your efforts at supporting the veteran and military communities. However, it's also good for employee morale and good for the communities they serve,” said Frederick P. Wellman, CEO and founder of ScoutComms, Inc., a communications strategy firm that advocates on behalf of veterans and military families.

More so, this small gesture could offer struggling veterans a little help where it’s really needed.

“We have heard time and again that transportation to and from work and job interviews is often a significant hurdle for homeless veterans trying to find work,” Air Force Col. Nicole Malachowski, the executive director of Joining Forces, said in a statement.

Malachowski said a veteran working a night shift or employed in a remote area of the city might not have access to public transportation, and other means of transportation are too costly. This effort by Uber and Lyft could mean the difference between the veteran being able to sustain the job and losing it.

The free rides from both companies will be administered by employment counselors from five different veterans service organizations that work with homeless veterans weekly through a Department of Labor reintegration program.

Uber estimates it will contribute 10,000 rides at an average ride of $10 to $12 — or $125,000 during the next year — to provide transportation for veterans to jobs, interviews and other employment events, said Kristin Carvell, a company spokesperson.

Uber also announced that on Veterans Day, riders in 150 cities will be able to donate $5 toward a ride for veterans. Those donations will cover rides over and beyond the contributions from Uber, Carvell said.

Shortly after President Barack Obama took office, the White House promised to end veterans homelessness by the end of 2015. While progress has been made, it’s doubtful that deadline can be met.

There are an estimated 50,000 homeless veterans, according to the latest count taken on a single night in January 2014. That’s a decline of 33 percent from January 2010. Results from the January 2015 count are expected later this month.

The Department of Veterans Affairs has been focused on getting the homeless into housing immediately and paying for it with a voucher that subsidizes most or all of the rent. The VA then works to provide the veterans with counseling, health care and other benefits. VA spending on homelessness jumped from about $376 million in 2009 to about $1.5 billion last year, according to estimates by the House Committee on Veterans’ Affairs.

In August, Connecticut became the first state to announce it had ended chronic homelessness among veterans. Officials said that means any veterans who had been homeless for more than one year or had four separate bouts of homelessness in recent years were either in permanent housing or on an immediate path to it. New Orleans, Houston, Salt Lake City and a few others have also made such declarations.

VA Secretary Robert McDonald said last week that the end of the year was still the goal for ending veteran homelessness. The survey verifying that outcome won’t take place until January and takes almost one year to tabulate. McDonald said his focus is now on Los Angeles, with an estimated 4,200 homeless veterans.