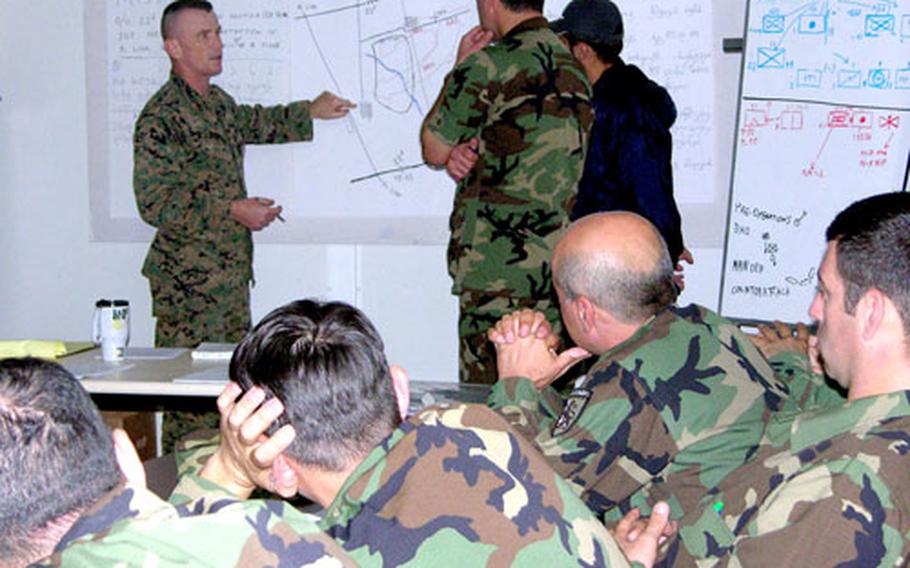 U.S. forces wrapped up a four-month exercise in the former Soviet Republic of Georgia this week, according to a U.S. European Command news release.

The training program at the Krtsanisi National Training Center, was designed to prepare about 550 soldiers from Georgia&#8217;s 22nd Light Infantry Battalion for an upcoming deployment to Iraq. The Georgian troops will help protect U.N. forces in Iraq, the release stated.

The training was divided into three segments. The first included war-fighting concepts and military decision-making concepts, while the second and third segments were geared toward job-specific functions, according to the release.

&#8220;We tried to expose them to as many ideas and different ways to doing things as possible,&#8221; said Capt. Jason Richter, program operations officer for the 54-member U.S. task force led by the U.S. Marine Corps.

The Georgian troops are &#8220;tenacious,&#8221; task force commander Marine Maj. Melvin Chapman said. &#8220;They understand the spirit of war-fighting. They&#8217;re dedicated, and they understand their mission and why they joined the service.&#8221;

At the end of the training, the U.S. instructors evaluated the 22nd Battalion soldiers on their progress.