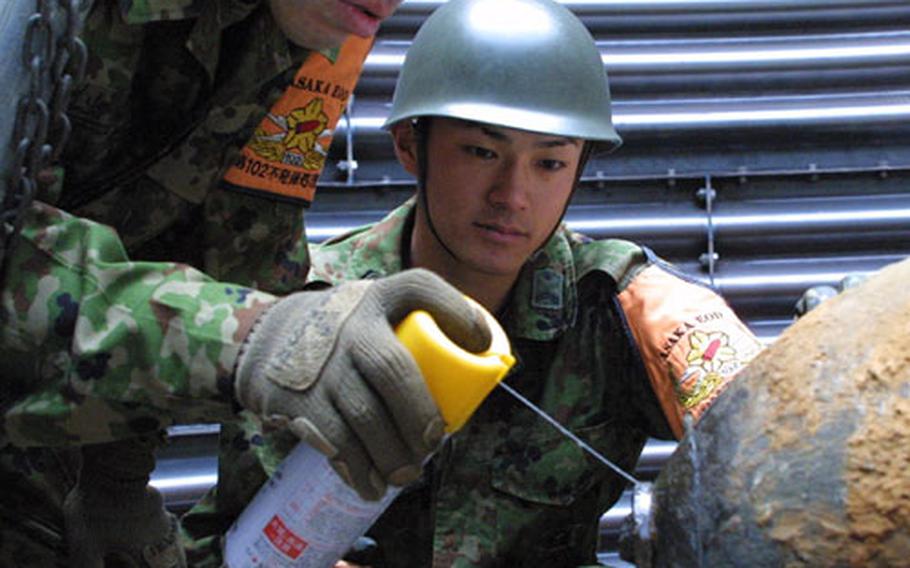 A Japan Self-Defense Force bomb squad removed the fuse from a World War II-era unexploded bomb this week, according to Japanese news reports.

The team worked for roughly 30-minutes to defuse the U.S. bomb found at the construction site of JR Numazu train station in Shizuoka prefecture.

Some 1,100 people were evacuated from their homes, and 16 trains were suspended while the bomb, found late last month, was defused.

According to news reports, the bomb was 4 feet long, 1 foot in diameter, and contained 287 pounds of gun powder.

Authorities said it appeared the bomb had been dropped, but did not detonate, during World War II.

About 500 households within 300 meters of the station were evacuated at about 8 a.m. Traffic in the area was halted at 9:20 a.m., according to Shunji Nagakura, spokesman for the city&#8217;s disaster countermeasures division.

The team started work at about 10 a.m., and finished up by 10:30 a.m. The defused bomb was transported to Asaka.