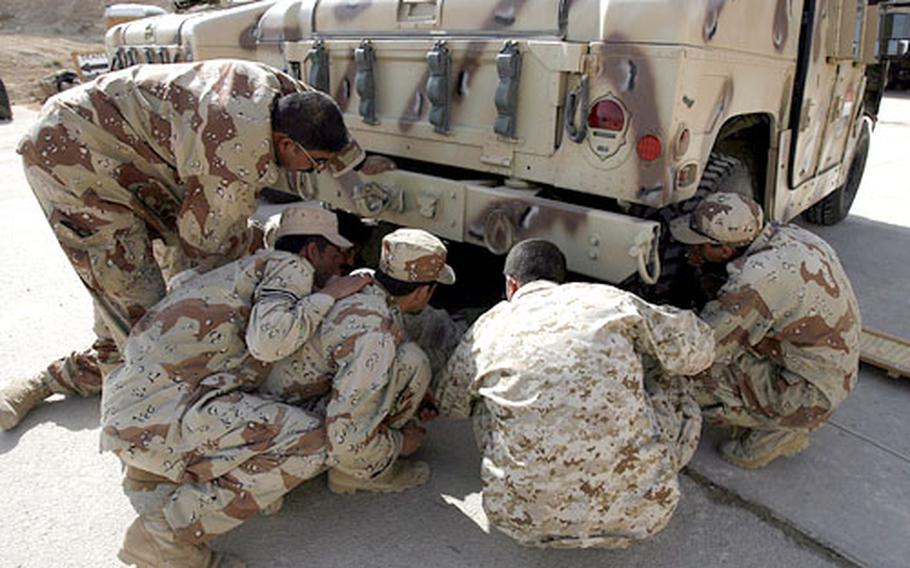 As American troops work to help field an Iraqi force that will be their ticket home, equipment is one of the bigger issues.

Iraqi units have long patrolled alongside their American counterparts in lightly armored, open-bedded pickup trucks. But as part of the training program, Iraqi units are being issued their own armored Humvees.

First, though, they must pass an American-led driving and maintenance course.

Last week in Anbar province, some 20 Iraqi enlisted soldiers graduated from a three-week course given by U.S. Marines from Regimental Combat Team 7.

The Iraqi troops got certificates, congratulations and, most importantly, 24 Humvees for their units.

The Iraqi soldiers, of the 2nd Brigade, 7th Iraqi Army Division, needed to drive a total of 250 miles in the Humvees in four different conditions: day, night, off-road and &#8220;blackout&#8221; driving in darkness. A written test, a road test and maneuver tests were also required.