U.S. troops show peaceful side with medical clinic in Morocco 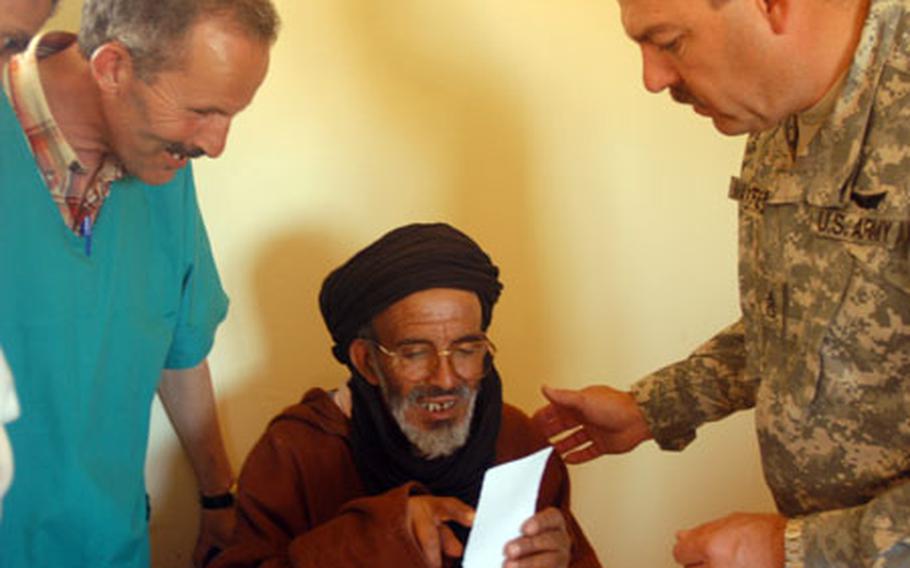 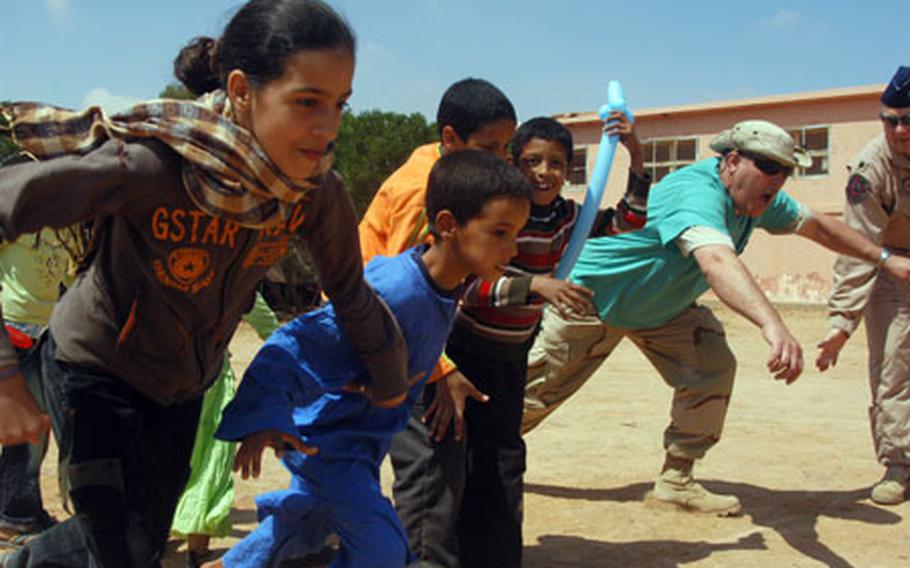 BEN KHALIL, Morocco &#8212; An old man has eyeglasses placed on his nose, the frame bent into place behind his ears. He looks through the lenses and sees the world more clearly, and breaks out into a gap-toothed grin, eyes wide with wonder.

The old man shakes hands all around, taps his hand to his heart, and shakes more hands. Still grinning, he marches outside and into the sunshine, just a man and his eyeglasses.

Small touches of modern health care, delivered by people wearing U.S. military uniforms, is received by people who seemed to appreciate it.

Rackham is one of the soldiers in charge of the medical missions near Tan Tan in southern Morocco that are part of African Lion 07. The annual, two-week U.S.-Moroccan military exercise is organized by the Stuttgart, Germany-based U.S. Marine Corps Forces Europe.

While Marines and Moroccan soldiers trained together a few miles away on the art of high-caliber killing, their colleagues practiced the art of healing, trying to spread peace through medicine to the folks of their host communities.

The kingdom of Morocco, located on the northwest corner of Africa, has been a friend of the U.S. for decades. But there&#8217;s still a mean streak that courses through its mostly Muslim population of more than 33,240,000 people.

Two suicide-bomb events earlier this month in the northern city of Casablanca &#8212; haphazardly carried out, with only one fatality in addition to the bombers themselves &#8212; put the nation on notice that peace isn&#8217;t a given here.

The 10 medical events in 10 southern villages are similar to those performed regularly in recent years in other parts of Africa by the U.S. military, which in February formed a command to focus its efforts on the continent.

The clinic in Ben Khalil, located about five miles outside Tan Tan, was staged in a grouping of one-story buildings. Security in the form of Moroccan soldiers who ringed the site was obvious but not overbearing.

Rooms were set up for villagers to be treated for dental issues, skin problems and general medical problems. Children were seen by a military pediatrician. Medicine was dispensed by a pharmacy.

About 500 villagers were served on this day. In addition to Utah&#8217;s Army Guardsmen, the Utah Air National Guard provided staff, along with its host colleagues, who seemed satisfied.