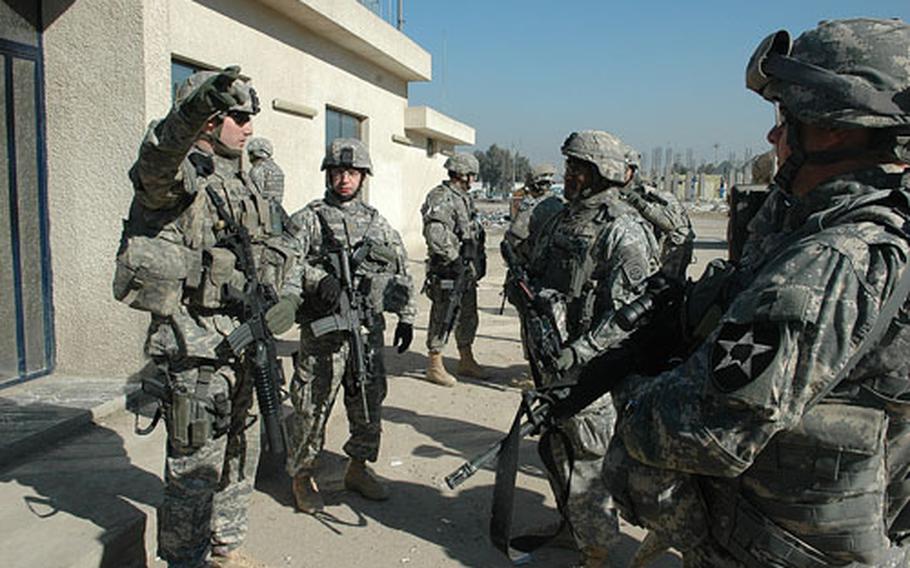 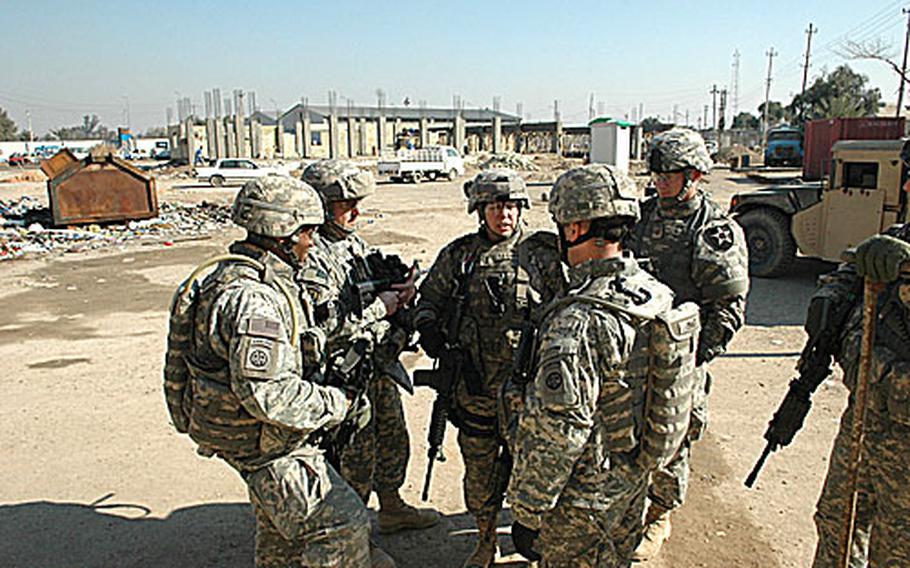 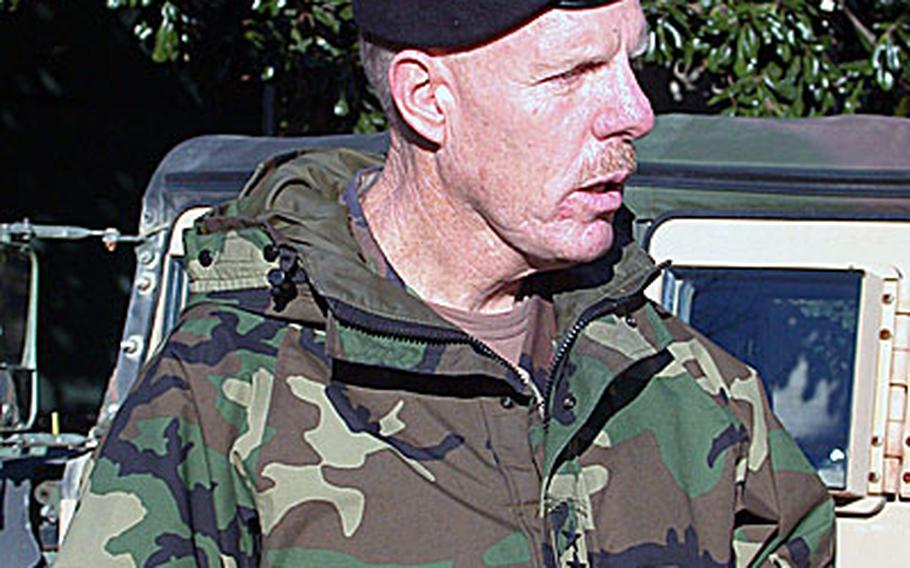 Maj. Gen. Stephen Speakes, in charge of Force Development for the Army Chief of Staff, talks to Pentagon reporters Wednesday about the Army&#39;s project to armor all of its wheeled vehicles in Iraq by June. (Lisa Burgess / S&S)

But to Maj. Gary Morris, the 2nd Infantry Division&#8217;s 2nd Brigade Combat Team officer in charge of force protection, the soon-to-be Joint Security Station, or JSS, is close to perfect &#8212; exactly what he wants for the Iraqi and American troops who will soon work in the space.

Finding JSS sites in East Baghdad is one of Morris&#8217; jobs, and perhaps the most important: The stations are key to the new Baghdad security plan, aimed at quelling the ongoing violence by boosting Iraqi and U.S. troop presence on the streets.

According to the security plan, Baghdad has been sectioned into nine &#8220;security framework districts,&#8221; with a JSS acting as a headquarters for each. Each district will include all three elements of Iraqi forces, and also be supported by a U.S. maneuver battalion, such as the 1-504th.

On Friday, Morris took Lt. Col. Carl Alex, the unit commander, and some of Alex&#8217;s staff on a tour of the JSS the battalion will soon support. Like all the JSS sites, the facility is an existing Iraqi police station.

The rash of kidnappings and murders in Baghdad by individuals wearing Iraqi police uniforms &#8212; which are readily available in local marketplaces &#8212; has badly shaken local trust in the police.

According to the plan, the combined muscle throughout Baghdad of the three Iraqi forces, plus U.S. backup, should stabilize the city, Morris said.

&#8220;Then the long-term goal is that once the security builds and the insurgents have been kept out long enough, the Iraqi army and National Police can be pulled back to the periphery of Baghdad, and do what they&#8217;re supposed to do, which is defend the country,&#8221; Morris said.

Requirements for JSS sites, Morris said, include sufficient security; at least one large office- like space; billeting space; parking room not only for regular vehicles, but tanks and other armored transport; water and heat; and plumbing that is in good enough shape so that it only requires repairs and refurbishing, not major rebuilding or replacement.