U.S. troops learn how to use RPGs 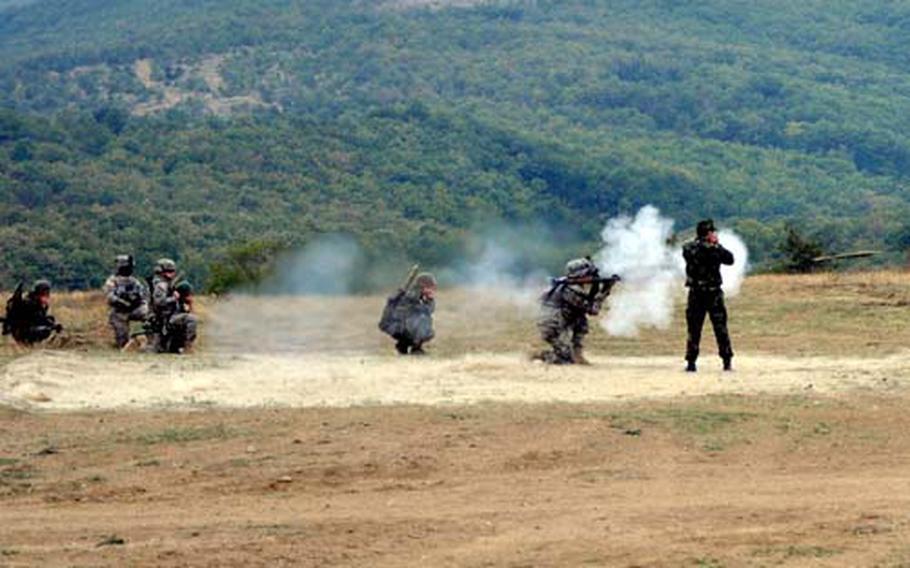 KAISERSLAUTERN, Germany &#8212; Even though rocket-propelled grenades are one of the insurgents&#8217; most trusted weapons against U.S. troops downrange, some American soldiers have come to like the shoulder-fired launcher.

A group of U.S. soldiers and Tennessee Army National Guardsmen were recently given a hands-on lesson on how to fire RPGs courtesy of the Bulgarian army at the Novo Selo Training Area in Bulgaria.

"It is very easy to fire. There is no kick when you fire the weapon," said Army Staff Sgt. Christopher Ibay, the noncommissioned officer in charge of training at Novo Selo. "It can be a very damaging weapon."

Ibay fired an RPG six times during the most recent training, and he said he came away impressed with the weapon. He described RPGs as easy to learn and simple to adjust the sighting scope to shoot at targets at different distances.

Ibay said the benefits of the training include learning the RPG&#8217;s limitations; determining ideal situations in which it could be used; and being able to pick one up and using when doing joint operations with allied countries that use RPGs.

Although firing RPGs is new to the Americans, the Bulgarians have been using the Soviet-designed weapon since the 1960s, when they were part of the Warsaw Pact.

"American soldiers were very interested. They were actually very fast learners," Bulgarian Army Lt. Kristiyan Shishkov said through an interpreter. "Most of the Americans really enjoyed using the weapon."

Shishkov praised the RPG for being usable in any environment and for its simple construction and efficiency because it can fire four to six grenades per minute and destroy heavy vehicles, such as tanks.

Bulgarians typically fire the RPG three times to qualify with the weapon.

"I hope the operator (who uses it against U.S. forces) is not as experienced as the Bulgarians," Ibay said.