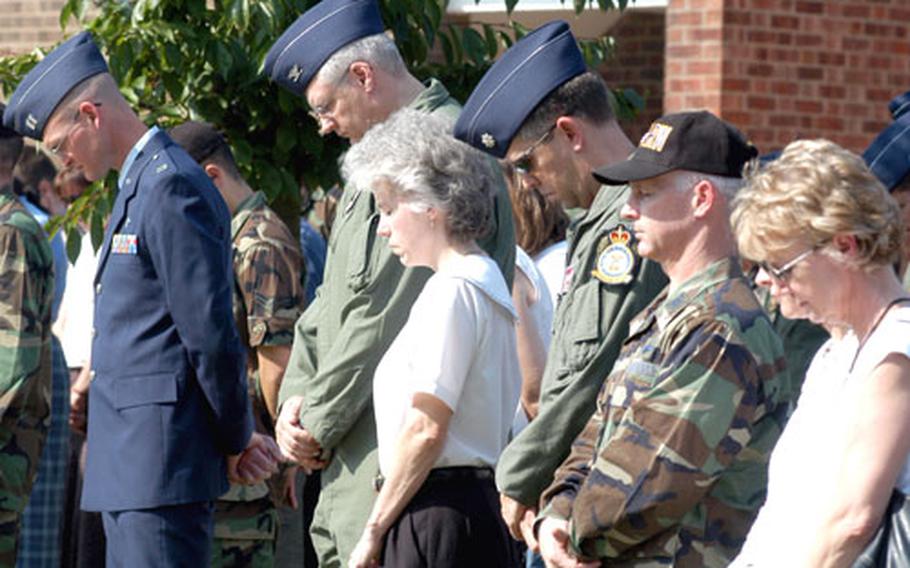 RAF Mildenhall community members bow their heads during a moment of silence as part of a 9/11 ceremony Monday at RAF Mildenhall. (Sean Kimmons / S&S)

RAF Mildenhall community members bow their heads during a moment of silence as part of a 9/11 ceremony Monday at RAF Mildenhall. (Sean Kimmons / S&S) 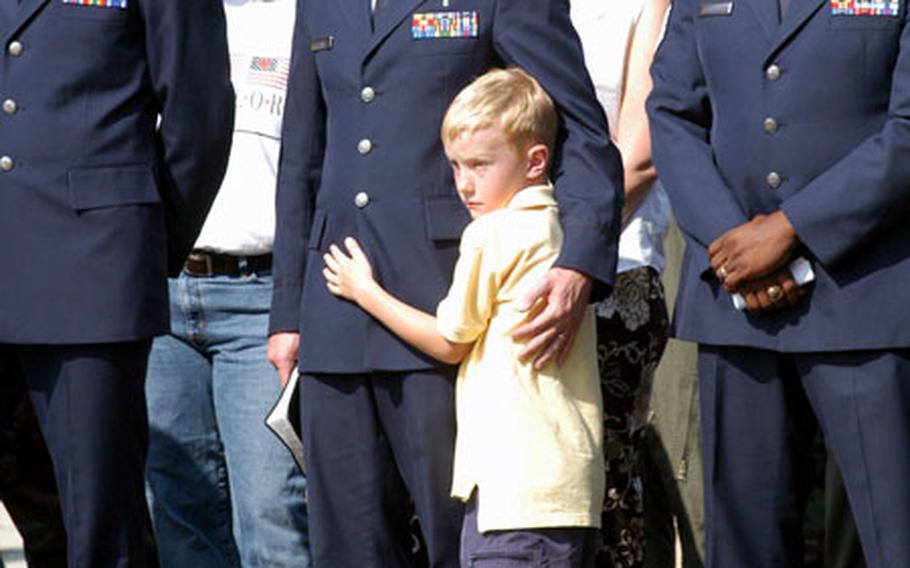 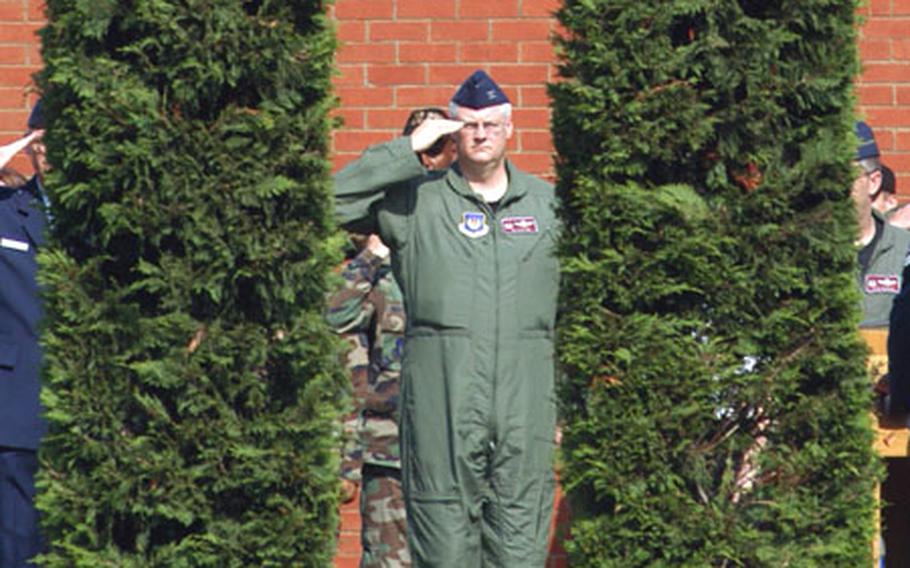 U.S. military installations around Europe memorialized the victims of the Sept. 11, 2001, terrorist attacks in various ways on Monday.

In Italy, sailors at Naval Support Activity Naples gathered for a 20-minute &#8220;terror victim remembrance ceremony,&#8221; in which two sailors laid a ceremonial wreath on an easel straddling firefighter&#8217;s boots and turnout gear.

The ceremony honored those killed in the attacks and the firefighters who perished in the rescue missions at the World Trade Center in New York City.

In Germany, the U.S. European Command dedicated a new conference room in the personnel directorate in Stuttgart to the late Lt. Gen. Timothy J. Maude.

Maude, 53, was working at the Pentagon as the Army&#8217;s deputy chief of staff for personnel when the hijacked jet slammed into the building.

He had previously worked in Germany as deputy chief of staff for personnel at U.S. Army Europe and 7th Army, as well as head of the EUCOM personnel directorate.

At Baumholder&#8217;s Smith Barracks, a Patriot Day memorial service at the base chapel remembered those who fell on 9/11.

At Spangdahlem Air Base, about 350 people gathered for an afternoon ceremony outside of the 52nd Fighter Wing&#8217;s headquarters to remember the attacks. Base and German firefighters laid a wreath during the ceremony and bagpipers played &#8220;Amazing Grace.&#8221; Mayors from nearby German towns also attended.

In Darmstadt, the military community laid wreaths near the entrance to Kelley Barracks to honor the victims of 9/11, and the German hosts remembered those who lost their lives in the destruction of much of Darmstadt during the Allied bombing in World War II. The wreaths were laid near a memorial plaque donated by the citizens of Darmstadt.

In England, RAF Mildenhall community members held a moment of silence, and a base chaplain read Scripture in a solemn ceremony at the base&#8217;s 9/11 Remembrance Park.