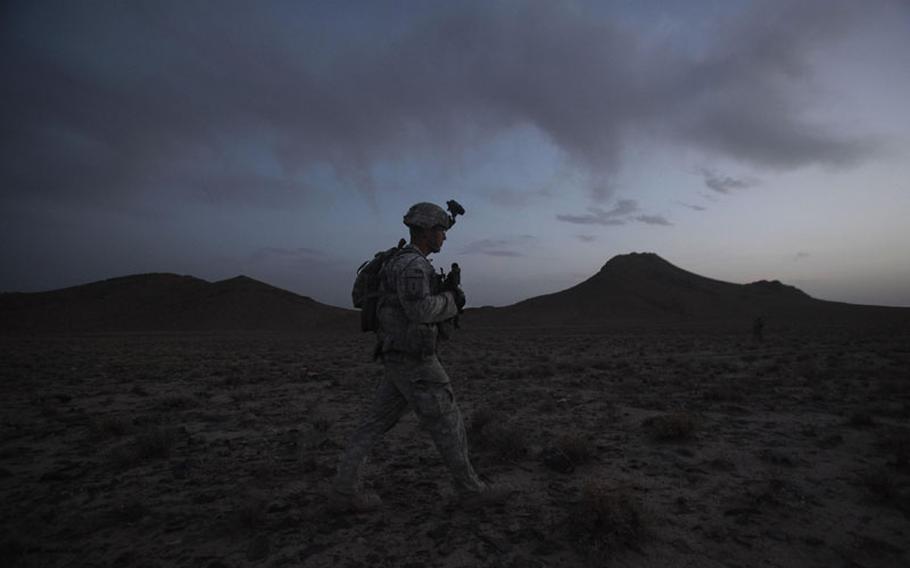 The number of U.S. troops in Afghanistan has surpassed the number in Iraq for the first time since 2003.

As of Monday, there were 94,000 U.S. troops in Afghanistan and 92,000 in Iraq, according to the Defense Department. The move occurred slightly ahead of schedule; it had been expected to take place in June.

U.S. troop strength in Afghanistan is expected to reach 98,000 by August, up from about 30,000 when President Barack Obama took office.

Once all the troops are in place, NATO and Afghan security forces are expected to concentrate on 121 key districts in Afghanistan, according to a recent report on progress in Afghanistan.

NATO is ramping up operations in and around Kandahar to wrest control of the region from the Taliban, but the operation is not expected to be a major military offensive like Marjah.

Meanwhile, the number of U.S. troops in Iraq is supposed to drop starting next month, reaching 50,000 by Sept. 1.

Officially, the United States is on track to meet that deadline, but Iraq still does not have a government after March elections. A recent recount affirmed results from the March elections, in which a party led by former interim Iraqi Prime Minister Ayad Allawi won the most seats in parliament but not enough for an outright majority.

The results had been contested by recent Iraqi Prime Minister Nouri al-Maliki, whose bloc is trying to form a coalition with other Shiite parties.

In February, Gen. Ray Odierno, commander of U.S. troops in Iraq, said he had a plan that could adjust the drawdown in Iraq based on the political situation.

&ldquo;But it&rsquo;s not necessarily how long it takes to form the government,&rdquo; he said at a news conference. &ldquo;It&rsquo;s, &lsquo;Is it happening in a peaceful manner? ... If there&rsquo;s a problem in forming the government, does it translate into violence?&rsquo;&rdquo;