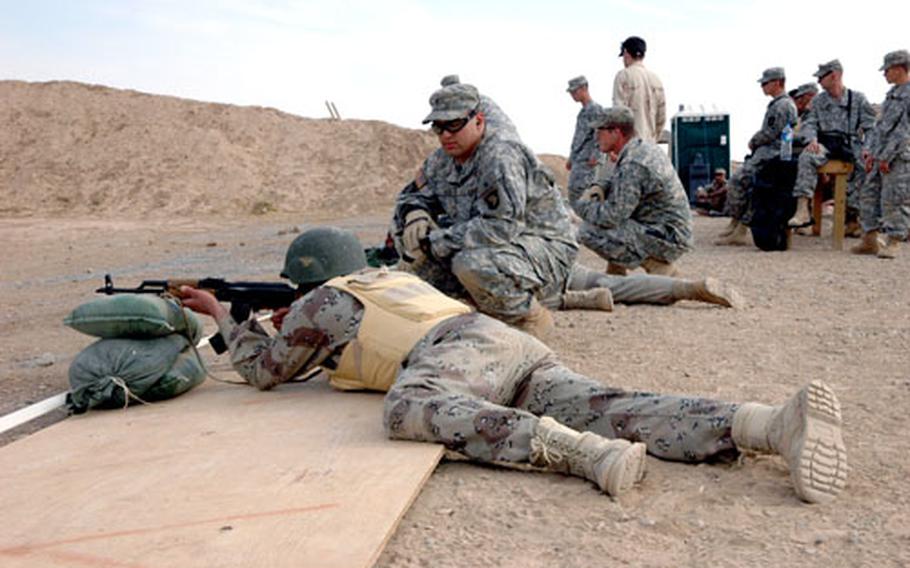 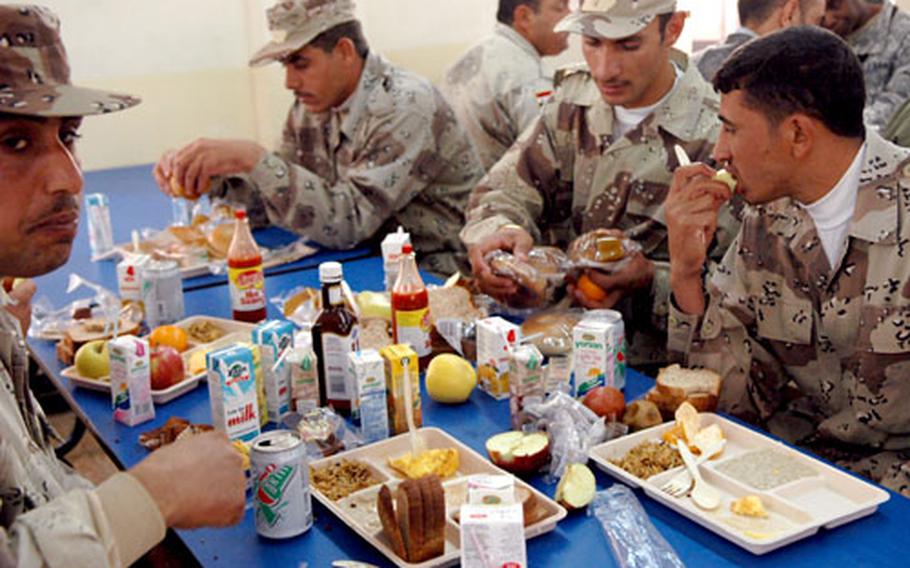 Iraqi soldiers, who lived at FOB McHenry for a week during their training, have breakfast at the chow hall. (Anita Powell / S&S) 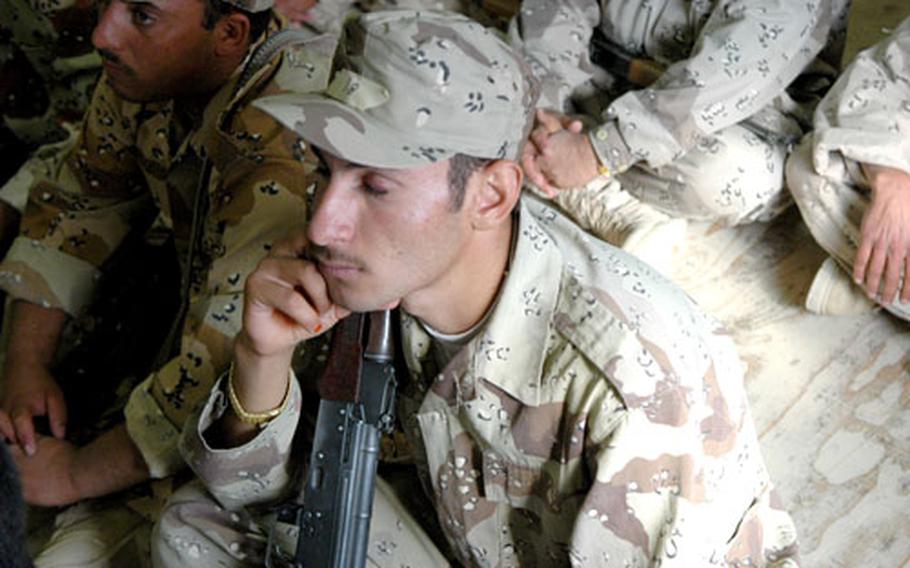 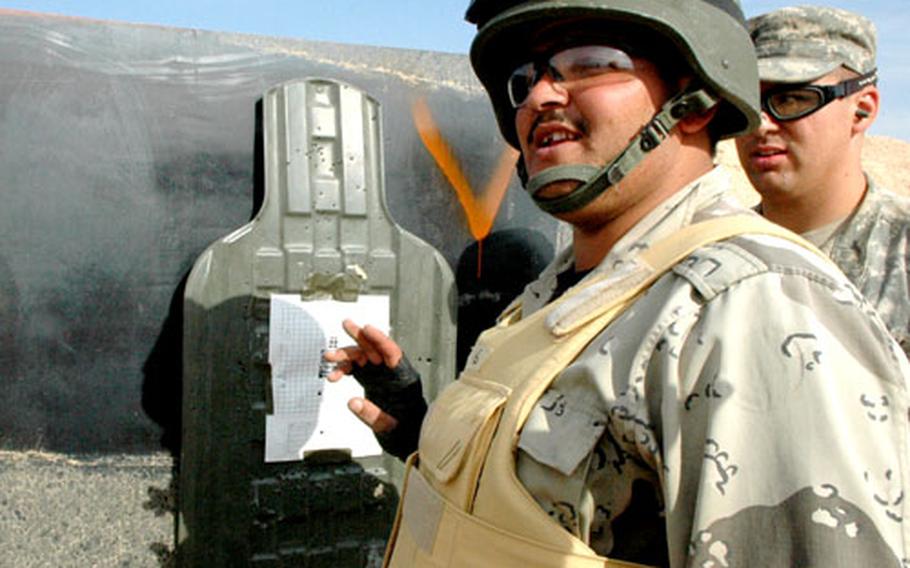 HAWIJA, Iraq &#8212; Despite having spent a year in the Iraqi army, Pvt. Juma Ali Khalaf, who says he does not know how to read or write, has never been formally taught how to fire his AK-47, which he carries daily in his job as a checkpoint guard in northern Iraq.

The 21-year-old Sunni Arab soldier, who says he joined the army for one reason &#8212; &#8220;I need the money&#8221; &#8212; had a chance to learn basic soldiering skills this month during a weeklong basic training crash course taught by members of the 1st Battalion, 327th Infantry Regiment, 101st Airborne Division of Fort Campbell, Ky.

The course, held on the grounds of Forward Operating Base McHenry, is intended to give Iraqi troops a good grasp of basic soldiering, better equipping them for their daily and difficult mission in one of northern Iraq&#8217;s most active insurgent areas.

Both American and Iraqi leaders praised the training.

Despite rosy predictions, the first group&#8217;s initial day of training got off to a shaky start. The small group of soldiers who showed up Saturday morning &#8212; originally they numbered 33, but two showed up five hours late &#8212; were scantily equipped for the mission. Between them, they carried six helmets. One complained that his boots did not fit. Others made a litany of requests for basic equipment.

The problems are common throughout the Iraqi security forces. Logistics, along with tactics and execution, are lagging as the U.S. and Iraqis try to stand up a force of over 200,000. U.S. military leaders have advised patience.

&#8220;We are moving at a measured pace,&#8221; Army Maj. Gen. Martin Dempsey, commander of the Multinational Security Transition Command, told CNN last week. &#8220;We want this army over time to be representative, to be cohesive, to be a role model for the potential of what could work for the rest of society.&#8221;

At FOB McHenry, some of the Iraqi soldiers sat dazed during a two-hour lecture on basic rifle marksmanship and weapons safety. Many, during the lecture, sat with their hands &#8212; or chins &#8212; resting over the muzzles of their battered AK-47s.

At the shooting range, American soldiers patiently corrected the soldiers, whose shooting skills did markedly improve under their tutelage. However, just an hour into shooting practice, a group of soldiers retreated to a nearby berm and put down their weapons, saying they did not want to continue.

The American trainers acknowledged that they are much less strict with Iraqi students than they would be with their own.

Staff Sgt. Brian Ross, a member of a military team that trains Iraqi soldiers, said the relaxed attitude is necessary.

Hutson said convincing Iraqi soldiers to come around to American ideals and standards is not an easy process, but expressed confidence that progress would come with time.

Ross also said that the training, in part, seeks to build soldiers&#8217; trust on both sides. As part of the training, the Iraqi soldiers became temporary residents of the U.S. base.

By the end of five days of training &#8212; the trainers shortened the course &#8212; all 35 of the soldiers had vastly improved and graduated, Hutson said.