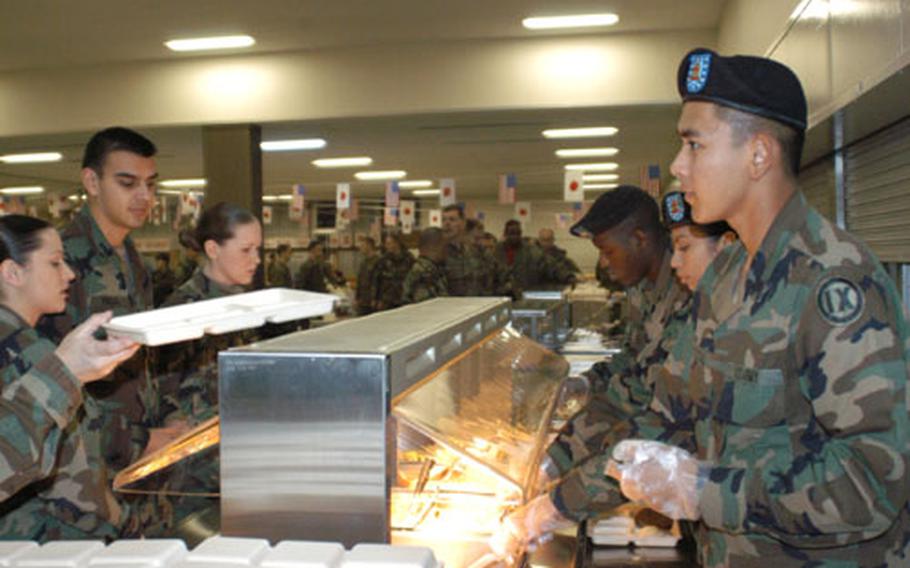 Private Nathaniel Retotal, a national guardsman from Hawaii, serves chow to soldiers and Marines during Yama Sakura at Camp Asaka, outside Tokyo. The mess hall/dining facility is one of the few places both services worked together during the exercise. (Juliana Gittler / S&S)

Private Nathaniel Retotal, a national guardsman from Hawaii, serves chow to soldiers and Marines during Yama Sakura at Camp Asaka, outside Tokyo. The mess hall/dining facility is one of the few places both services worked together during the exercise. (Juliana Gittler / S&S) 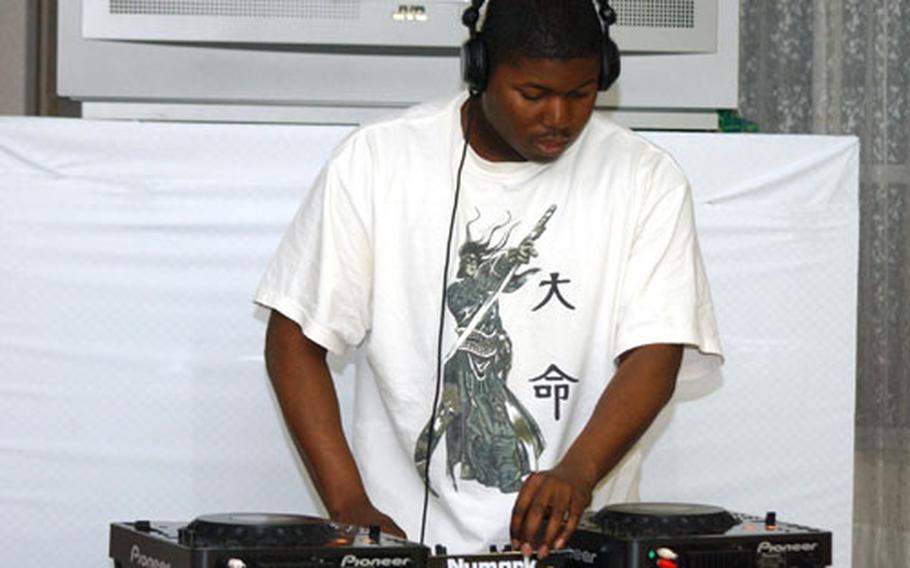 Sgt. Gerren Mims, also known as G-Whiz, is a laundry NCO by day and a DJ by night at the Yama Sakura exercise. (Courtesy of U.S. Army)

The exercise is a high-tech and elaborate computer war game that uses real-world scenarios to test how well the two countries can cooperate and react.

All four services take part, but the exercise is primarily Army &#8212; U.S. Army and the Japanese Self-Defense Force Eastern Army, which is headquartered at Camp Asaka.

Here&#8217;s a glimpse of life during the exercise, which wrapped up Saturday.

A guide from the exercise&#8217;s chaplain&#8217;s office led soldiers to Meiji Shrine, the Imperial Palace and the Asakusa temple complex, where they also had a chance to shop.

Many tours stopped by a Hard Rock Cafe, and some had a chance to visit the temples and shrines of Kama Kura.

The trips were so popular, the chaplain&#8217;s office added a second daily tour toward the end of the exercise.

Capt. Ben Dennis, a reservist from the 311th Corps Support Command in Los Angeles, was surprised to learn about the cultural and religious tours.

Most participants said Asakusa was their favorite, citing its mix of culture, history and shopping, said Army Sgt. Danny Licciardi, from Sagami Depot&#8217;s 35th Supply and Service Battalion&#8217;s Chaplain Section. Licciardi helped plan and lead many of the tours.

At one time he escorted 72 people on the tour, through a maze of trains and subways.

The differences were no obstacle for the three Marines working alongside a dining facility full of Army cooks.

Suggs, with I Corps headquarters and headquarters company, was excited when she heard Marines would be among her staff cooks, along with active duty and reserve soldiers and National Guardsmen.

It was a challenge organizing everyone and creating one big team, responsible for feeding up to 1,000 people two times a day, she said.

By night, star attraction of the Samurai Lounge at Camp Asaka: Sgt. Gerren Mims, known to all as G-Whiz.

That year, Mims brought his disc jockey equipment in case a chance arose to spin some discs.

It did, and he set up in the MWR lounge and filled Yama Sakura with good times and a welcome break for soldiers.

This year, he was asked to do it again.

Mims began DJ-ing at 14. He&#8217;s now 27 and operations noncommissioned officer for Headquarters, Headquarters Detachment with the 35th Supply and Services Battalion at Sagami Depot. Every weekend he works at a club or concert in Tokyo.