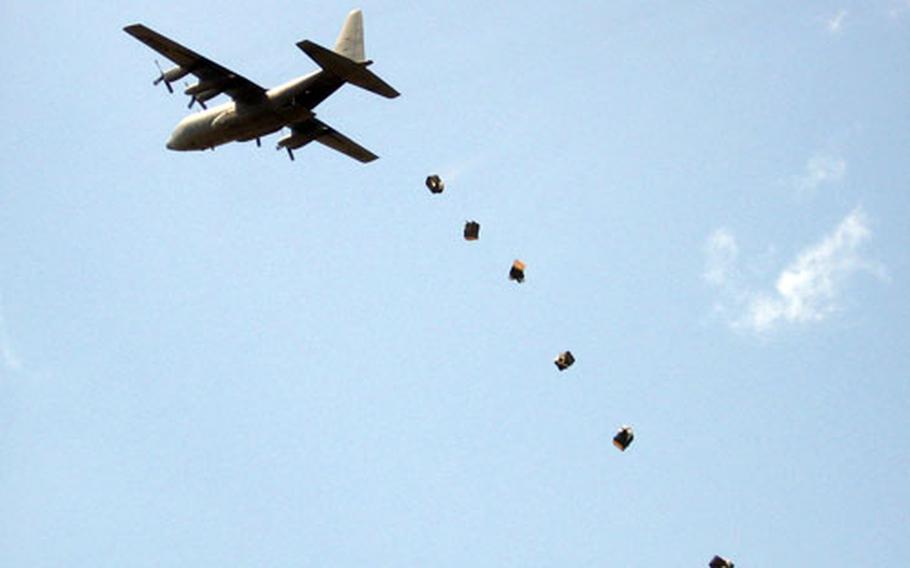 Flood-relief supplies are dropped out of a C-130 aircraft flying over the Dadaab region of Kenya. (Courtesy photo)

Flood-relief supplies are dropped out of a C-130 aircraft flying over the Dadaab region of Kenya. (Courtesy photo) 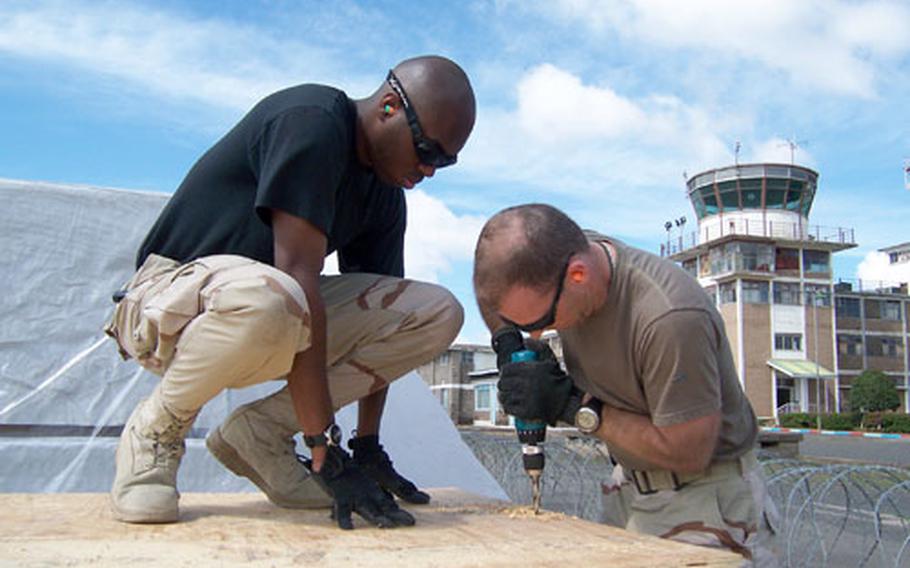 A team of American servicemembers assigned to Combined Joint Task Force-Horn of Africa has begun delivering relief supplies to areas of Kenya hit by severe flooding, the military said Monday.

In all, the team of soldiers, sailors, Marines and airmen hopes to deliver about 150 metric tons of supplies through an airlift. Many of the roads around the flood-stricken area have proved impassable.

&#8220;About a week ago, we identified three possible drop zones in the area that we could use, depending on their condition,&#8221; Marine Corps Maj. Phil Frietze said, in a military press release.

&#8220;Responding to situations like this is part of our mission at CJTF-HOA, so we are fully capable of planning and executing this job.&#8221;

Task Force HOA comprises some 1,500 U.S. servicemembers based mainly in Djibouti. The mission is a mix of counter-terrorism, emergency relief and civil affairs.