U.S. troops at the ready to guard Afghan ballots 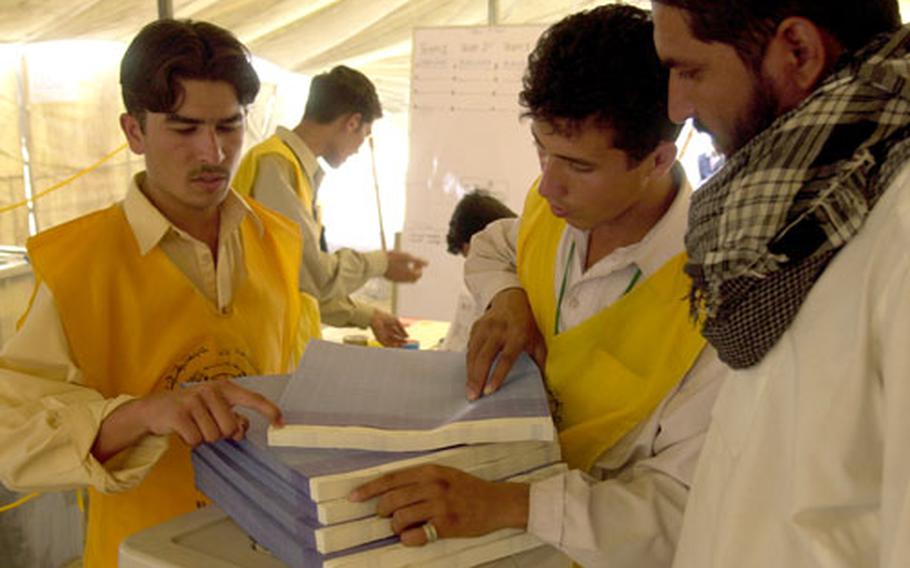 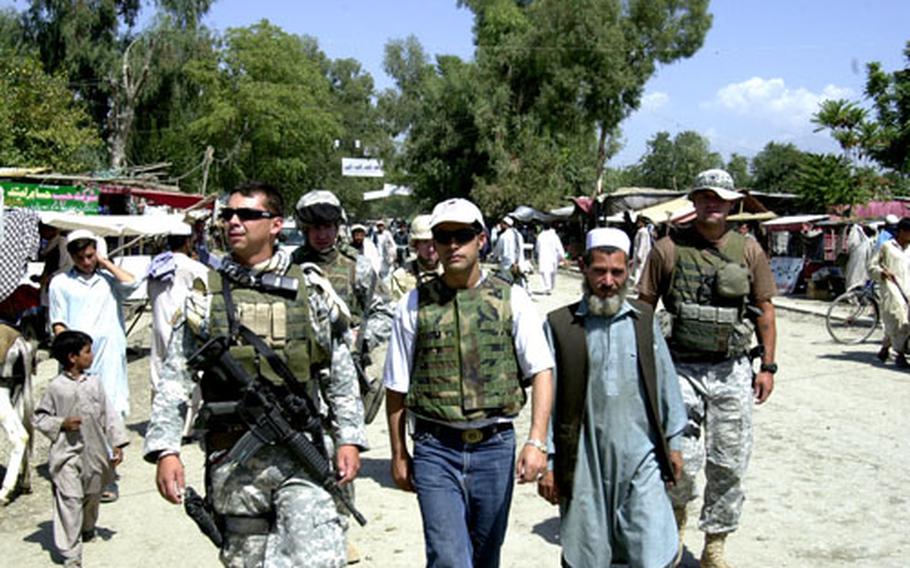 MEHTAR LAM, Afghanistan &#8212; As ballots from Sunday&#8217;s parliamentary and provincial council elections roll in to a U.N. collection center, U.S. soldiers and Marines are providing a layer of security for the historic process.

A contingent of U.S. troops is on hand at a nearby compound to serve as liaisons between the U.S. provisional reconstruction team and the U.N.-Afghan Joint Electoral Management Body.

&#8220;With the Marines and our radios, if something were to arise, we would be able to coordinate a quick response,&#8221; said Army Staff Sgt. Frank Carrillo with the 492nd Civil Affairs Battalion, who is attached to the provisional reconstruction team.

The Mehtar Lam forward operating base is only a few minutes away by vehicle from the collection center.

Afghan army and police make up a majority of security at the compound, so U.S. troops are taking a background role.

The ballot-counting is scheduled to begin Wednesday, but the collection center has received ballots from only four of the five districts in Laghman province.

The counting is expected to go on for 10 to 15 days, said Elodi Mhermant, count manager at the Mehtar Lam Joint Electoral Management Body compound.

Officials would like to finish counting ballots by early October before Ramadan, the Muslim holy month, begins. Election winners should be announced sometime around Oct. 20, Mhermant said.

Each polling site was provided with two boxes to collect ballots &#8212; one for the parliamentary election ballots and the other for the provincial council ballots. Some polling sites used only one box because not enough ballots were submitted to justify using both boxes, Mhermant said.

However, government officials and Afghan residents said they witnessed more people voting in Sunday&#8217;s election than they did for the presidential election.

In the end, official voter turnout will not be tabulated until all the ballots have been counted. Some 6 million ballots were cast throughout the country, officials said.

Throughout the process, U.S. troops will be ready if called on to provide assistance, and they expect more fighting in the weeks ahead.

According to the U.S. military, two rockets hit a cultural center and a home near Jalalabad, injuring a civilian girl and a police officer.

&#8220;Thieves and warlords are controlling affairs in the country, where international monitors can&#8217;t observe more than 10 constituencies even if they wanted to,&#8221; Ayman al Zawahiri said on the tape.