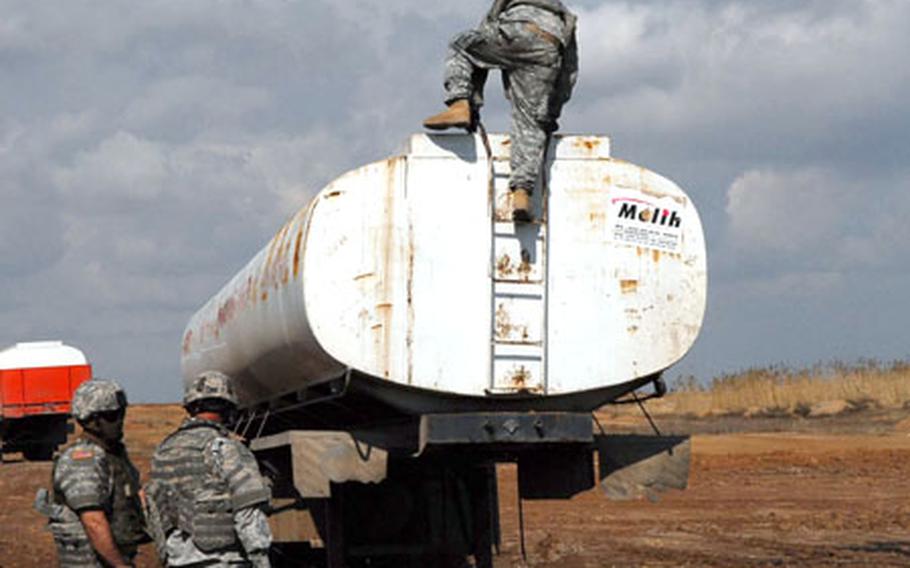 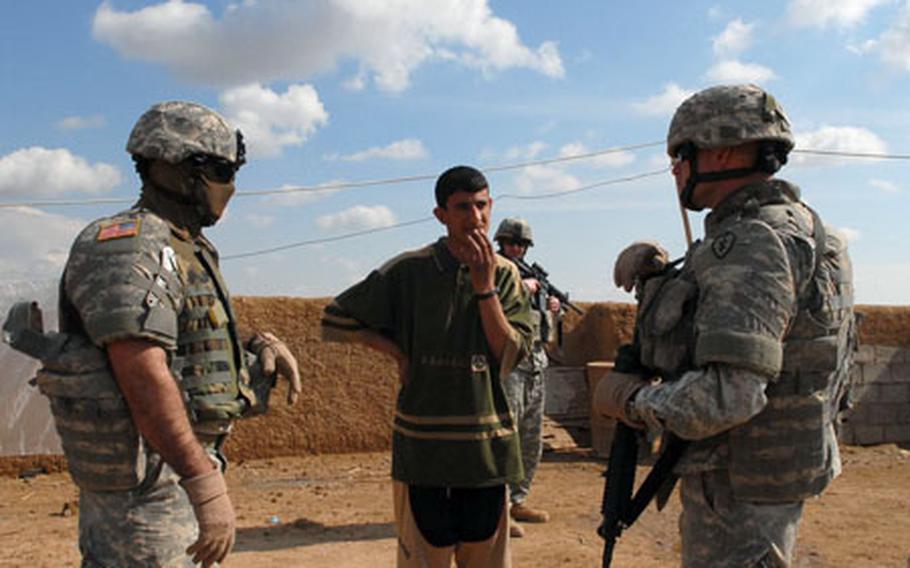 KIRKUK, Iraq - U.S. troops in northern Iraq have targeted oil smugglers as part of continuing efforts to restore the battered oil industry and prevent a nascent wave of organized crime from benefitting the insurgents.

Military officials say they believe smugglers range in sophistication and motive: from poor local farmers seeking crude to tar their roofs to international rings using fraudulent paperwork and fleets of trucks to earn millions of dollars.

But the effect on a country almost entirely dependent on oil revenue is the same. The fledgling Iraq government is pushed further from functioning independent of the U.S.-led coalition, military officials said.

Oil-related crime is nothing new in Iraq. Saddam Hussein encouraged corruption at the highest levels in his government to circumvent the food-for-oil program and maintain power in the face of U.N.-imposed sanctions.

But now oil smuggling has become democratized, as anyone - or, as in the case of insurgents, any cause - is free to take their chances amid the chaos in Iraq.

Pritchard's soldiers, based in Camp Warrior in Kirkuk, are charged with protecting the surrounding oil infrastructure and preparing Iraqi soldiers to take their place.

"It became a free-for-all after [the US-led invasion in] 2003," Pritchard said. "I think [oil smuggling] is increasing because it has gone unabated for a number of years. We've seen tanker trucks here and there and we realized the enemy is making money here and we need to stop it."

The U.S. military operation focuses on the network of pipelines that stretch the roughly 55 miles between the oil-rich fields surrounding Kirkuk and the refinery southwest in Beiji.

The distance between the facilities was an attempt by Saddam Hussein to avoid concentrating all the key oil facilities in the region in the Kurd-dominated north. Hussein further protected the pipelines by forbidding access to the roads that ran along the network and dealing harshly with saboteurs and thieves.

Now, however, the distance provides ample opportunities for insurgent attacks. Oil flow in the pipelines, which tap roughly 40 percent of the vast oil reserves of Iraq, has been halted by attacks 17 times since November 2005, Pritchard said.

The Kirkuk facility pumped 880,000 barrels of oil a day to Beiji before Iraq was invaded, but that amount has since been cut in half, according to Capt. Reynaldo Rivera, of Division Engineers, 25th Infantry Division. "It's surprisingly low," Rivera said. "The limitation is the status of the pipelines. They are attacked and also have natural corrosion."

Rivera stressed that not all the leaks in the pipelines are the result of attacks. Much of the equipment is dated, he said, in some cases installed in the 1970s.

The result can be seen all along the pipeline corridor. Large, pond-sized pools of crude oil dot the hard-packed dirt, filling the air with a stinging stench and attracting smugglers. People are "literally shoveling crude out of the ground," Rivera said.

Pritchard said there are plans to "harden" protection of the pipelines and limit access but offered no specifics. Patrols have been stepped up. And Pritchard's soldiers have been training Iraqi security forces based along the pipelines.

These Iraqi units, part of the Strategic Infrastructure Brigade, have made progress, but results have been mixed to date, according to military officials. Recently, for example, the soldiers stopped five tanker trucks after a brief gun battle. But that was followed days later by the arrest of several members of the brigade in connection with oil theft.

"What puts these guys behind the eight ball is that they work in their own neighborhoods," said Capt. Marques Bruce, of the 3-7 Field Artillery. Faced with divided loyalties, Iraqi soldiers will at times look the other way when someone in their community reaches for oil, military officials said.

"Some of these groups still owe allegiance to a local sheik," Pritchard said. "Where that heads is the whole complicity problem: Are they going to turn in a cousin or a brother?"

Pritchard said he has stressed to the Iraqis that "you've got to protect your resources. The prosperity of this country is going to rely on oil."

He said the message has begun to sink in and he foresees a time when the infrastructure will be secure.

"Some units have come along," Pritchard said. "We've started to make a difference."

"It's not so much that we want to stop the little guy," Pritchard said. "What I'm looking for is the guy with the tanker trucks. Unfortunately, it's hard to tell the difference on the ground. In the end we have to police everybody, and anybody we see doing it is going to be arrested."