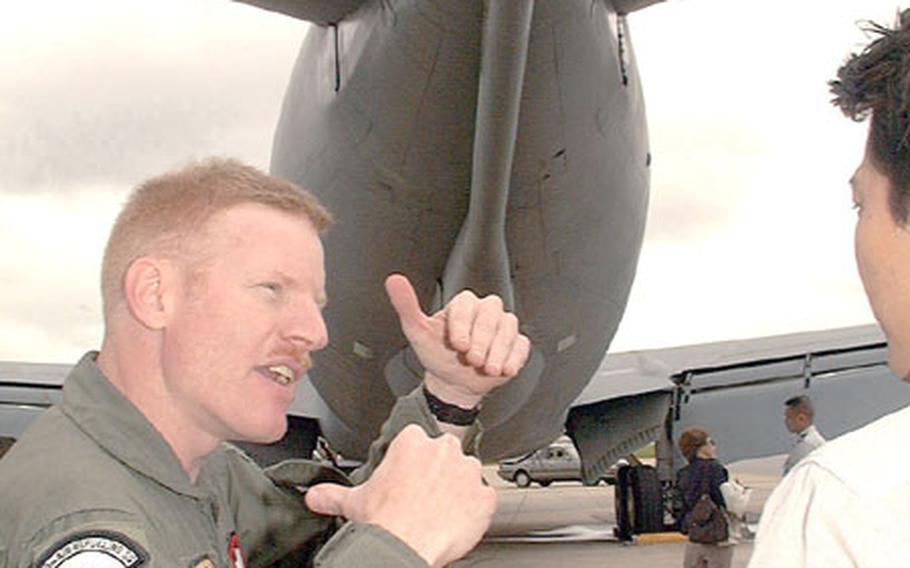 Master Sgt. Steve (Opie) Flax, a KC-135 boom operator, explains to a Japanese journalist how aircraft hook up to the refueling boom of a KC-135 tanker. (Carlos Bongioanni / S&S)

Master Sgt. Steve (Opie) Flax, a KC-135 boom operator, explains to a Japanese journalist how aircraft hook up to the refueling boom of a KC-135 tanker. (Carlos Bongioanni / S&S) 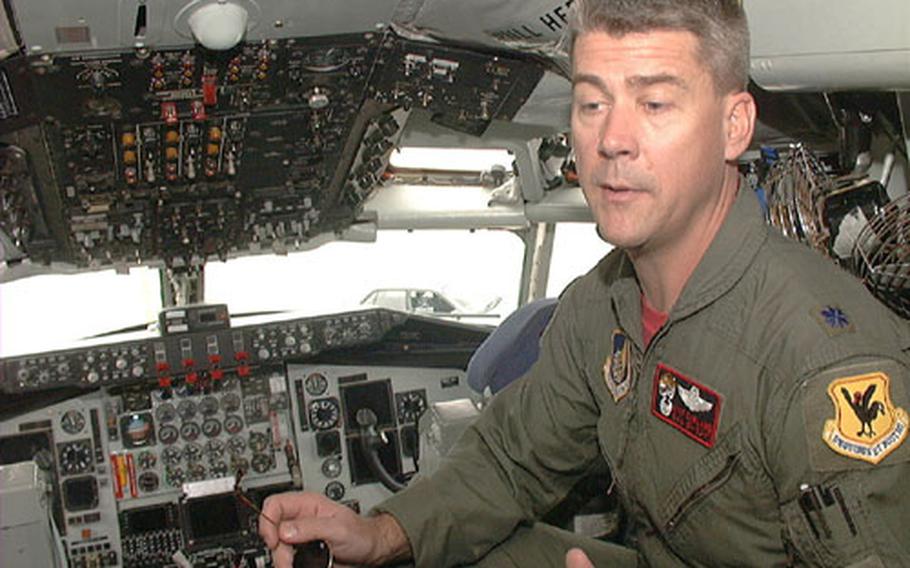 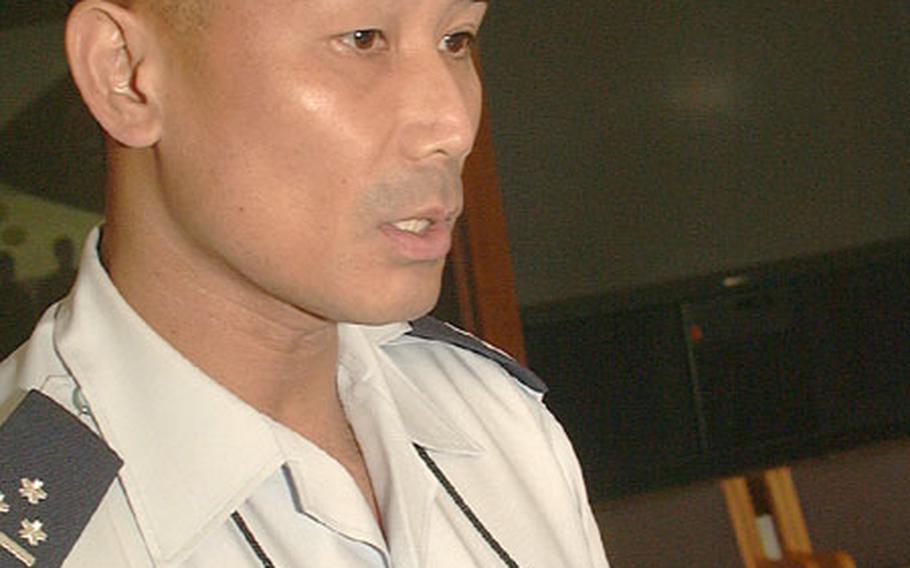 The boom operator, from Kadena&#8217;s 909th Air Refueling Squadron, was giving Japanese reporters a tour of a parked KC-135.

&#8220;This is our first step to train our pilots to prepare for the first air refueler Japan will ever have,&#8221; he said.

But the air refueling may be seen as an example of Japan easing its self-imposed military restrictions, said Rodger Baker, an analyst for Stratfor, an independent global intelligence firm.

He said the United States has been encouraging Japan to change its constitution to allow taking a bigger role in maintaining regional peace and stability.

For years, U.S. tankers have refueled aircraft from NATO-member countries and other Asian partners such as Singapore and Thailand. Japan, however, long has shied from the practice, Baker said. Changing that stance would increase the range of the Japan Self-Defense Force &#8212; a concern, he said, to China and North and South Korea, all victims of World War II Japanese aggression.

Air refueling, Ohmura said, would allow eight-hour sorties, not the current three- to four-hour flight limits. He maintained, however, that the new capability is not primarily intended to extend the Japanese military&#8217;s reach.

&#8220;Japan&#8217;s exclusively defense-oriented posture remains unchanged,&#8221; Ohmura said. &#8220;Air refuelers will enable aircraft to remain in the air for longer hours, upgrading our patrolling and monitoring capability within Japan&#8217;s airspace. It is our mission in peacetime as well as emergency situations to defend the airspace of our homeland.&#8221;

He acknowledged, though, that Japanese pilots would fly 3,350 miles to Eielson Air Force Base, Alaska, in June to take part for the first time in the exercise Cope Thunder.&#8220;We will use every possible opportunity to train our pilots to establish Japan&#8217;s air refueling system,&#8221; he said.

A few years ago, Baker noted, Tokyo refused to join aerial defense exercises with the United States in Alaska, because refueling its aircraft during the flight would have shown long-range offensive capabilities.

While Tokyo can make the justification that aerial refueling is purely a defensive issue, so China can argue that its nuclear weapons are purely defensive and North Korea can say its medium- and long-range missiles are defensive in nature.

Flax, the boom operator, said the Japanese pilots &#8220;did very well&#8221; keeping their aircraft aligned as he pumped more than 16,000 pounds of fuel into their jets the first day of training.

&#8212; Jennifer Svan contributed to this report.