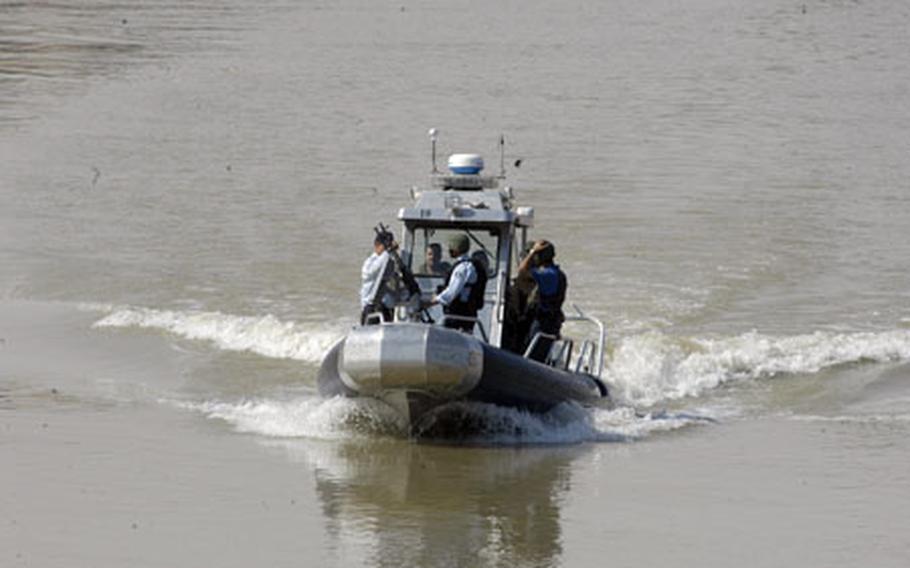 Iraqi policemen who make up the Baghdad River Patrol Station unit patrol the Tigris River in Baghdad. The unit monitors more than 35 miles of waterways in and around the Baghdad area. (Sandra Jontz / S&S)

Iraqi policemen who make up the Baghdad River Patrol Station unit patrol the Tigris River in Baghdad. The unit monitors more than 35 miles of waterways in and around the Baghdad area. (Sandra Jontz / S&S) 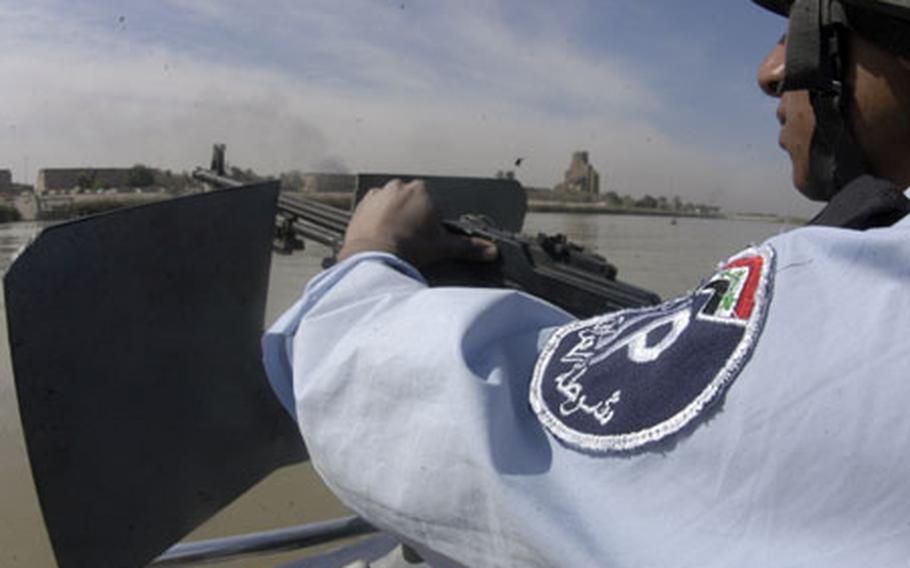 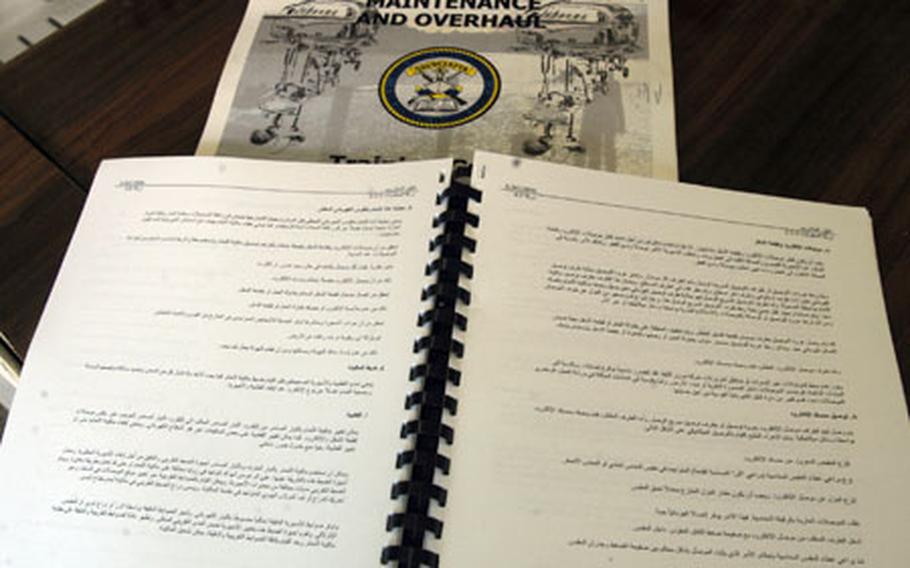 BAGHDAD &#8212; The young police officer&#8217;s eyes strained in the bright, late-morning sunlight as he scoured for any anomaly lurking among the reeds and plant life along the Tigris River shoreline.

Life was calm Tuesday along this several-mile stretch of the Tigris. But patrols along the river aren&#8217;t always such smooth sailing, the Iraqi policeman said.

&#8220;You never know what might be hiding there,&#8221; said the 20-year-old officer, part of a special operations team of the Baghdad river police unit.

The policemen, whose identities are not being revealed for security reasons, make up the Baghdad River Patrol Station. Their headquarters station is along the eastern banks of the Tigris, and from there they launch presence patrols in their 25-foot Secure-Around-Flotation Equipped boats. Each SAFE boat has two, 200-horsepower outboard motors.

Sixteen unit members were schooled in September at the U.S. Naval Small Craft Instruction and Technical Training School in Stennis, Miss. They learned offensive and defensive patrolling tactics, including patrolling in formation, maneuvering a high-speed craft, boat-boarding and responding to ambushes, the station&#8217;s 31-year-old captain said.

Another team will train at the school in June. Those who take the stateside training are expected to return to their respective units to bring other policemen up to speed, said Army Lt. Col. Edwin Weeks, Baghdad Regional Support Team officer in charge.

The Baghdad unit is just a portion of the nationwide force of 268 policemen who patrol the waterways, combating the transport of weapons and illegal contraband and securing the rivers for use by Iraq&#8217;s fisherman and travelers.

Police look for both criminal activity and insurgents, said Clubb, a police officer from Missouri.

While a sense of patriotism is gripping members who are risking their lives to be part of the emerging Iraqi security forces, reality in the choice of their jobs also plays a factor.

The Iraqi policemen selected for the unit go through an extensive vetting process to ensure they have clear backgrounds, and are capable to conduct the missions, Weeks said.

The Baghdad station eventually will serve as the National Riverine Training Center for all of Iraq&#8217;s riverine forces, Weeks said. The facility recently received a $1.5 million makeover, including concrete perimeter barriers, new electrical and plumbing connections, a kitchenette, bunkrooms for the police who pull 24-hour shifts, and bays for the SAFE boats.

While its mission mainly is to protect the waterways, the Baghdad riverine unit was used in a February offensive north of the capital city &#8212; a mission in which one police officer was killed and three others wounded, the station captain said.

A river patrol unit existed under Saddam Hussein&#8217;s regime, but focused primarily on watching for fishing violations in the river, doing spot checks at old checkpoints along the river, or recovering drowning victims, the units captain said.

In addition to tactical skills, these policemen are trained in maintaining and repairing the boat&#8217;s hulls and outboard motors, said Senior Chief Petty Officer Mario Echeverria, an instructor at the Stennis site now deployed to Baghdad.

The students-turned-professionals have come a long way to being able to run the stations on their own, he said.