U.S. to return La Maddalena base to Italy by spring of 2008 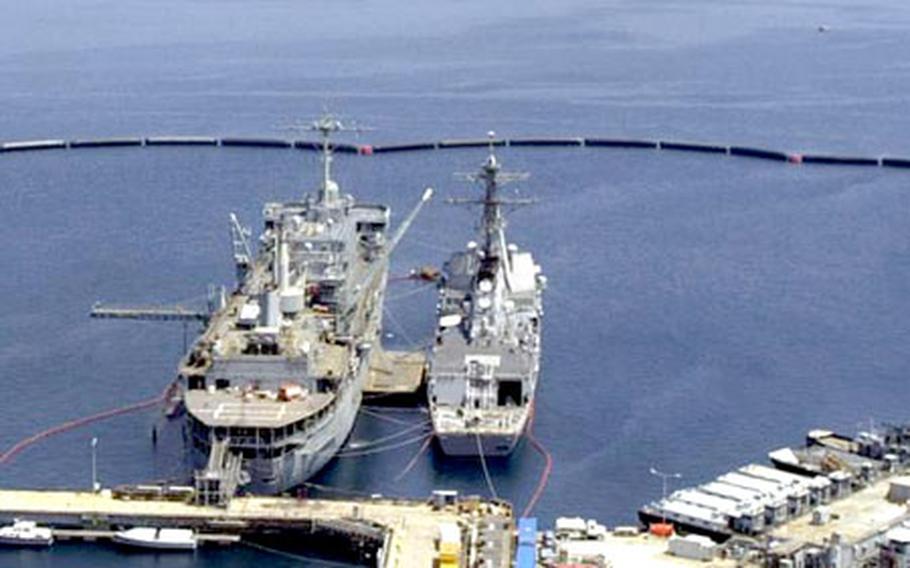 Submarine tender USS Emory S. Land, left, and an accompanying ship are moored alongside the pier at Naval Support Activity La Maddalena, on the northern tip of the Italian island of Sardinia. On Friday, U.S. and Italian defense officials announced the U.S. Navy will close the base and turn it over to Italian authorities by spring 2008. (Mackenzie Carter / Courtesy of U.S. Navy)

U.S. and Italian defense officials announced Friday that the U.S. Navy would vacate the long-standing naval base on the northern tip of the Italian island of Sardinia by spring 2008, ending a 36-year history of U.S. presence there.

During a news conference in Rome, Italian Defense Minister Arturo Parisi said the Navy would be closing La Maddalena two years from now in April.

As a result, the Navy will relocate the submarine tender USS Emory S. Land in October 2007, according to a U.S. Navy 6th Fleet release. The command, however, provided no details on the ship&#8217;s new homeport, stating that information will be provided at a later date.

The 2008 base closure and subsequent turnover of facilities to the Italian government will affect more than 1,300 U.S. servicemembers, 88 U.S. defense civilian employees, 90 contractors, and 178 local employees, the Navy release stated.

The closing is one part of the Navy&#8217;s Europe-wide transformation process, which includes a major shift of naval forces from London to Naples, Italy, the downsizing of the facilities in Gaeta, Italy, and the closure of Naval Air Station Keflavik, Iceland.

&#8220;Due to U.S. European Command force structure realignment and transformation, it was determined that the capabilities provided by [Naval Support Activity] La Maddalena are no longer required due to the realities of this century&#8217;s security environment,&#8221; according to the statement.

The base is home to naval support staff, the Emory S. Land, and Submarine Squadron 22 &#8212; all told, roughly 2,600 Americans: military, civilians and their family members.

No U.S. submarines permanently are based at La Maddalena, but that has not quieted some Italian nationals and politicians who publicly protest the U.S. presence and the base&#8217;s assets to support nuclear submarines that stop there while traveling the Mediterranean Sea from the States.

News of the base closure was first announced in November 2005 by Defense Secretary Donald Rumsfeld.

The timing caught Navy officials in Europe off guard and led to confusion for locals who worried about losing their jobs, and for parents who were unsure if they would be able to enroll their children in school this year.