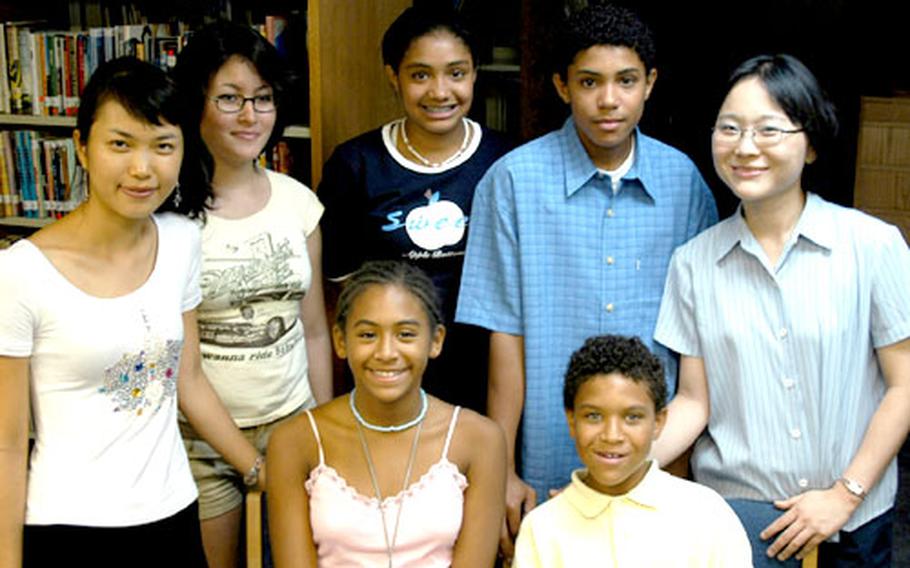 YONGSAN GARRISON, South Korea &#8212; Five American youths are about to embark on a journey that will traverse major cities throughout South Korea, introduce them to dorm life in youth centers and challenge their taste buds with local foods.

Landon and four other middle- and high-school students are taking part in peace and unification walks organized by South Korea&#8217;s National Youth Commission. The rallies, which move from Cheju Island to Seoul from Friday to Thursday, will involve almost 1,000 Korean teens.

The American youths will fly to the island Friday and begin their part in rallies throughout South Korea meant to get teens thinking about stemming violence in schools and promoting unification with North Korea. The commission invited the Americans to foster friendships between U.S. and South Korean youth.

Son said this is the second year the commission has arranged the countrywide trip and the first time Americans have been invited.

Chelsea Ricketson, a Seoul American High School senior, finally had an opportunity to pose the question nagging at her mind.

Son smiled, shrugged her shoulders and shook her head.

Mounts offered some encouragement. Most South Korean children begin studying English in elementary school, she said, and by high school many have enough language skills to carry on a conversation.

Dominic and Landon said they both planned to bring snacks while the girls talked about the Korean dishes they&#8217;ve already tried.

The trip is to end Thursday at Seoul Plaza in front of city hall with a party for about 3,000 people and a meal of bimbimbap, Son said. The festival starts at 4 p.m. and is open to the public, she said.