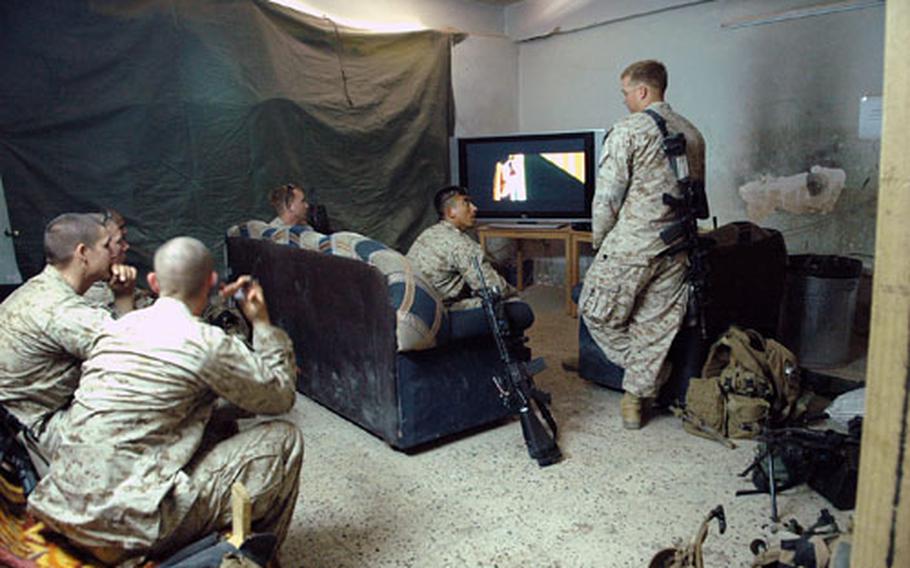 The 17th Street Station in Ramadi has been open since October/November. The four-story building is home to a company of U.S. Marines and dozens of Iraqi police officers. (Teri Weaver / S&S)

The 17th Street Station in Ramadi has been open since October/November. The four-story building is home to a company of U.S. Marines and dozens of Iraqi police officers. (Teri Weaver / S&S) 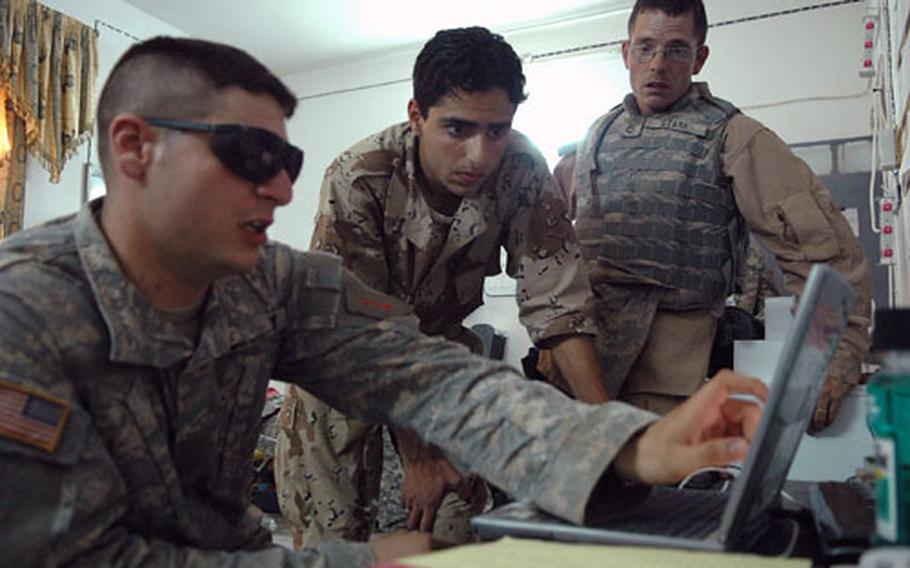 Lauer was scouting a road south of Ramadi in February for a location for a new joint security station, an outpost that houses Iraqi and U.S. forces in the midst of communities suffering from violence.

He pointed at the school as a gesture. He never meant to put a security force there.

The bad guys, who had a city full of weapons stockpiles and even a makeshift car-bomb factory in Ramadi back then, must have seen or heard about the finger-pointing, Lauer believes. A few days later, the school was destroyed.

By March, the effort to clean the city had begun to work, and some of the insurgents moved into Lauer&#8217;s area, small pockets to the south. The insurgents moved past the bombed school and down a southern road that led to four villages. That road became pockmarked with explosions, including one just two weeks ago that took both legs from one of Lauer&#8217;s soldiers.

But by early May, Iraqi and U.S. forces had cleared that southern road, and they had flushed the insurgents and their weapons out of the farmhouses and fields. Now, four Iraqi-run checkpoints dot the entrances and exits to four villages to control access to the area.

And now, Lauer, 29, of White Bear Lake, Minn., and an Iraqi police major live at the security station. It&#8217;s a logistical and psychological move to show the local residents that the authorities want security to stay.

In downtown Ramadi, U.S. Marines have been living at similar stations since late last year. The 17th Street Station, one of the biggest, has an Internet cafe, a weight room, a chow hall and a television room.

&#8220;This is our FOB,&#8221; said 1st Sgt. Scott Schmitt, the senior enlisted Marine for Company L, 3rd Battalion, 7th Marine Regiment, who took over a couple of weeks ago for an outgoing Marine unit.

A hot meal is brought in each day; laundry is sent out. Visits to nearby Camp Ramadi happen infrequently. &#8220;We&#8217;ve got everything but AAFES,&#8221; another Marine said.

The Suwa outpost, where Lauer works, is in the beginning phases. So far, platoons are rotating in a week at a time, living in newly constructed barracks.

The station itself is a former farmhouse where the floors are dirt-covered, save one room with a bare cement floor. The family agreed to rent it to the Americans after their son was killed in the house next door. A generator powers a refrigerator, two laptops, a communications system, a couple of fluorescent lights and a window air conditioning unit that occasionally blows through fabric softener sheets to soften the smells.

As Lauer and Maj. Sabah Yusif Zgier, the Iraqi police officer, work to secure the station and the surrounding villages, the villages are working on their own plan, Lauer and other military officers acknowledge.

Lauer, the commander of Company C, 1st Battalion, 77th Armor Regiment, is one of the U.S. officers in the area working to get the Iraqis to help themselves.

He has a small fund to pay for &#8220;day labor,&#8221; a $10-per-person prize to residents who come out to help clean streets, readjust curbsides, string wire fencing. On a recent day in Tameen, a neighborhood in Ramadi, 1,100 people turned out to help.

During a cleanup in Lauer&#8217;s area south of Ramadi, only children did the work while their parents watched, the captain said. As he paid the kids, he said, he wondered at the impact of inflation from the $10 bills on a village economy.

There&#8217;s another project happening in the area that involves more than $10. A nonprofit is paying about $300,000 to help rebuild the school, the one Lauer pointed at. He cheered as he rode by the construction site last week.