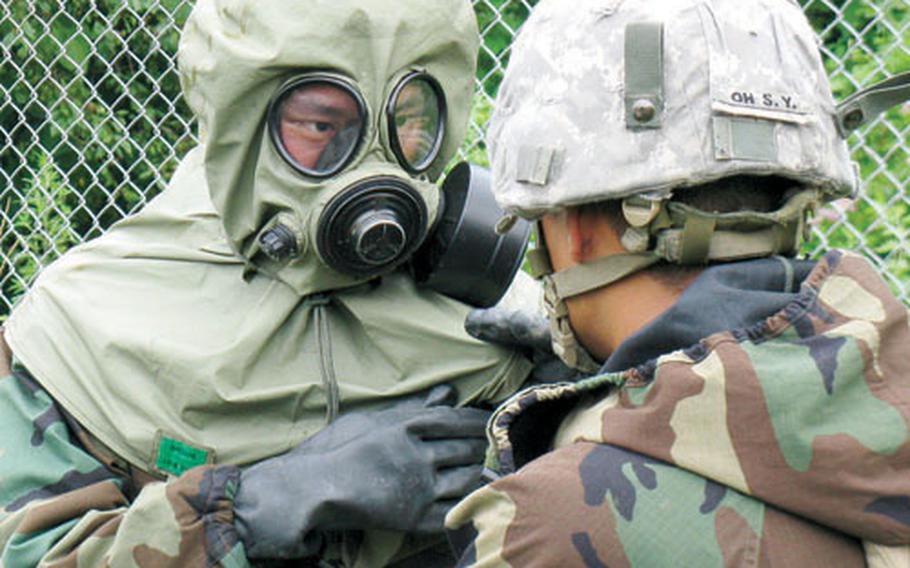 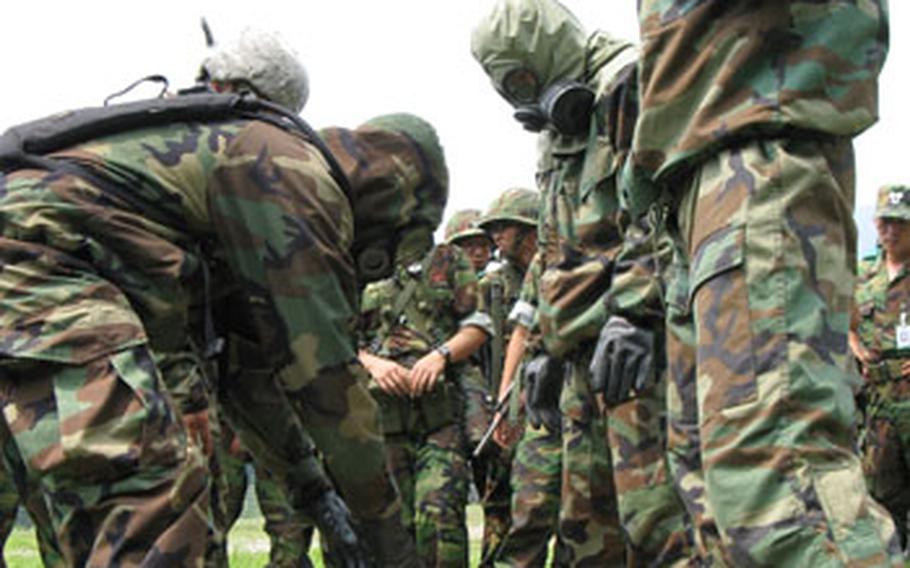 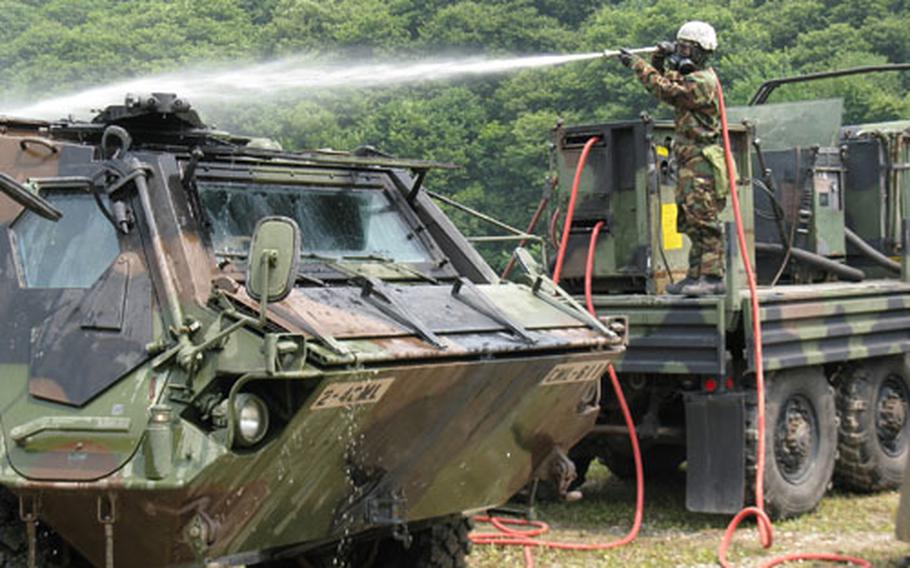 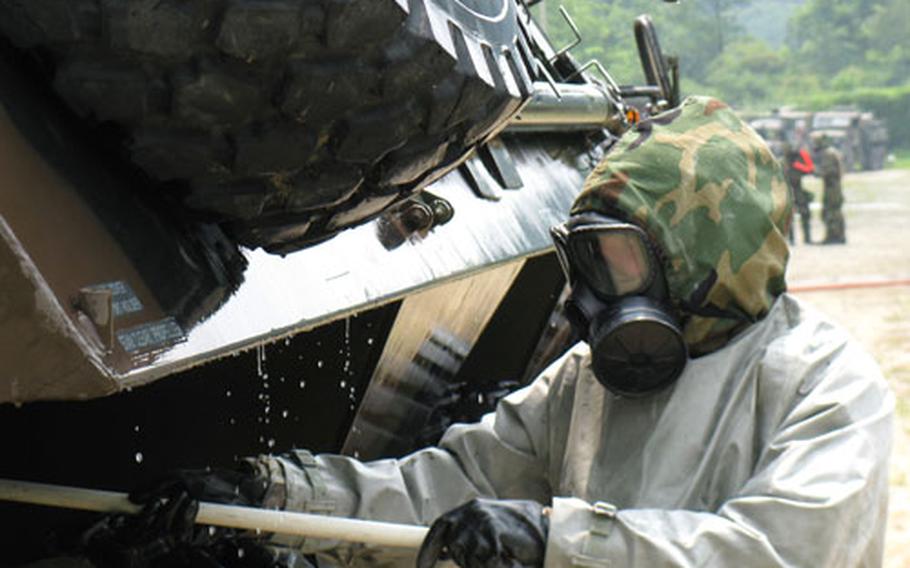 CAMP HOVEY, South Korea &#8212; The Army&#8217;s only operational chemical company on the peninsula showed its South Korean counterparts the latest techniques and equipment for removing chemical hazards Tuesday for the first time in several years.

Meanwhile, the U.S. 4th Chemical Company learned a few crafty tips from the 16th South Korean Chemical Battalion that it said it may add to its procedures.

About 70 soldiers from each nation observed and demonstrated each other&#8217;s procedures should they be attacked by a chemical agent.

The U.S. eight-step individual decontamination process is only five steps for the South Koreans, though they cover the same concepts.

U.S. troops rely on soap, water and Super Tropical Bleach as decontaminants, while the South Koreans swap out the bleach for charcoal cleanser.

Although the U.S. vehicles and protective equipment were newer than the South Korean gear, U.S. leaders say they were impressed with what they saw.

The South Koreans rig a truck to shower vehicles as they finish going through a decontamination line. The U.S. uses two soldiers with hoses.

"Something like that could free up manpower and keep us more mission effective," Pfc. Adrian Lang said.