An Army Apache helicopter fires a missile at a hillside target during a massive live-fire exercise at Rodriguez Range on Sunday. (Erik Slavin / S&S)

An Army Apache helicopter fires a missile at a hillside target during a massive live-fire exercise at Rodriguez Range on Sunday. (Erik Slavin / S&S) 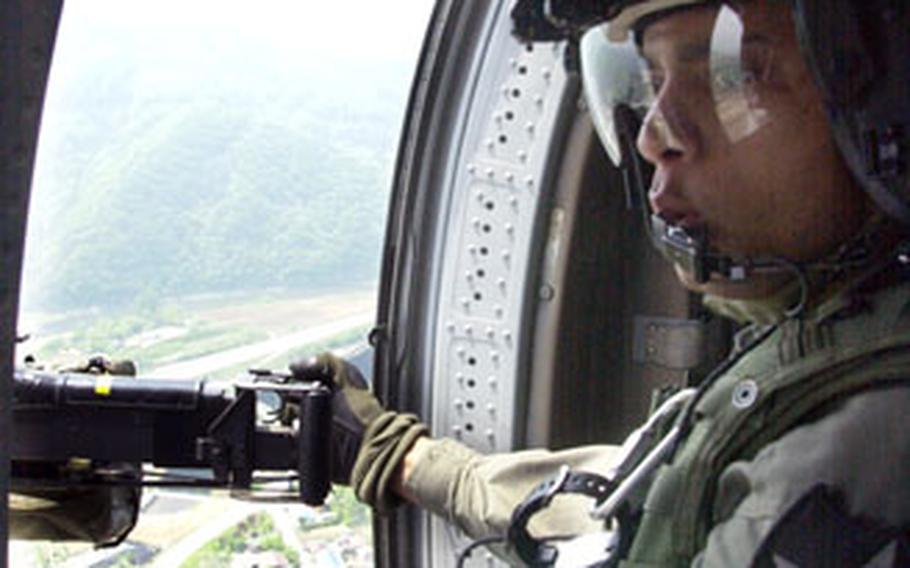 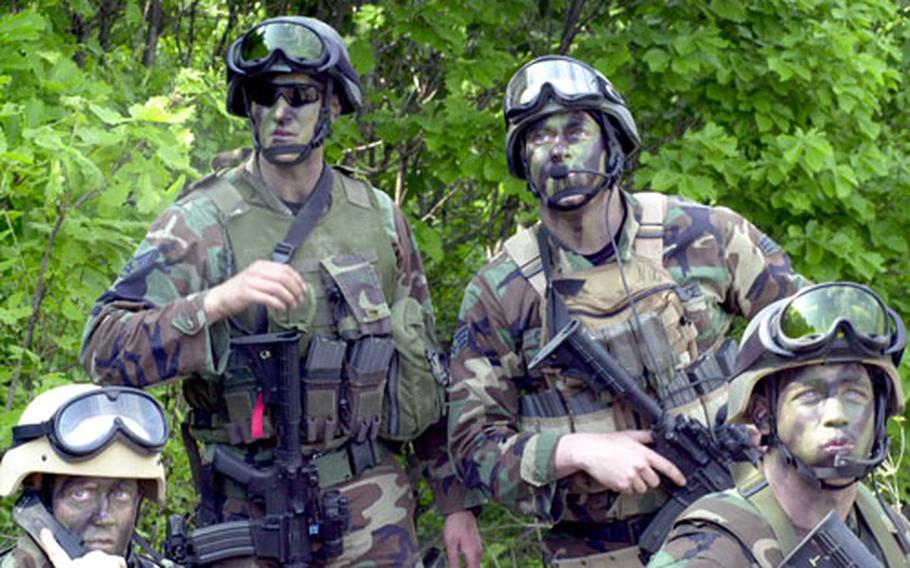 Units from the 2nd Infantry&#8217;s Division Combat Aviation Brigade coordinated air attacks with the U.S. Air Force and South Korean attack helicopters, while U.S. infantry and South Korean tanks fired at ground targets during a simulated battle to protect a flank and counter a large-scale attack.

Several brigade officers said they had been deploying to South Korea for tours from the early 1980s to the present day, and none could remember seeing such a large-scale joint effort between the two nations and so many different units.

Brigade commander Col. Pete Foreman ran the exercise while conferring with South Korean commanders through an interpreter in the operations center.

The tactical air controllers from the 604th Air Support Operations Squadron set up communications on a bushy hillside, then contacted soldiers from the 3rd Squadron, 6th Cavalry and 1st Battalion, 2nd Attack Battalion.

&#8220;Roger, we have enemy armor/artillery moving south into the valley,&#8221; Senior Airman Ryan Cornelis radioed to four Apache helicopters who unleashed a barrage of missiles and ammunition into a hillside.

Just 10 years ago, it would have been much more difficult to coordinate an effort with multiple South Korean units, said brigade operations plans chief Maj. Doug Hooks. But despite logistical hurdles in coordinating such a large exercise, the brigade would like to schedule similar events in the future, Hooks said.

&#8220;This is a great relationship builder and a huge step for us in working with the (Republic of Korea) army,&#8221; Hooks said.