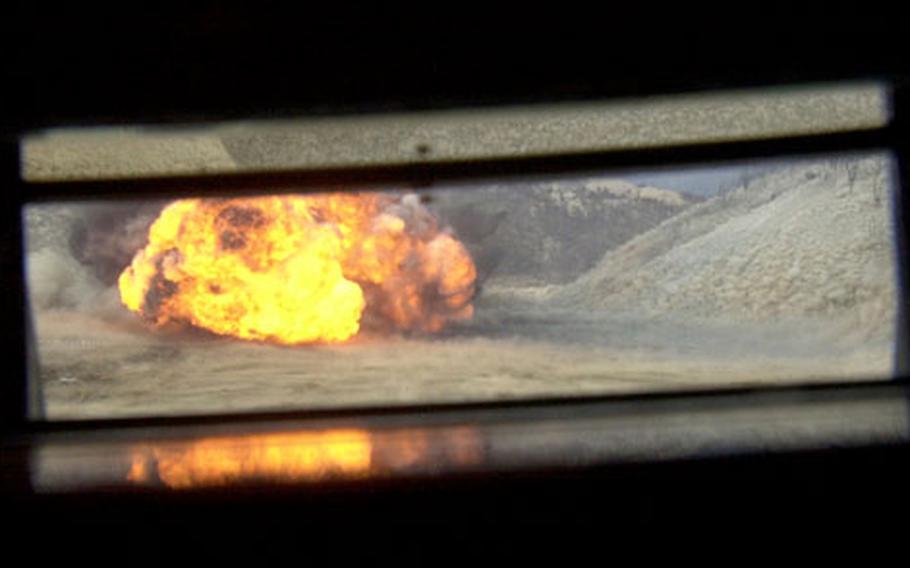 The view from inside a South Korean amphibious assault vehicle after a line charge detonation Tuesday at Rodriguez Range. Marine combat engineers use line charges to detonate minefields and clear paths for infantry and armor units. (Erik Slavin / S&S)

The view from inside a South Korean amphibious assault vehicle after a line charge detonation Tuesday at Rodriguez Range. Marine combat engineers use line charges to detonate minefields and clear paths for infantry and armor units. (Erik Slavin / S&S) 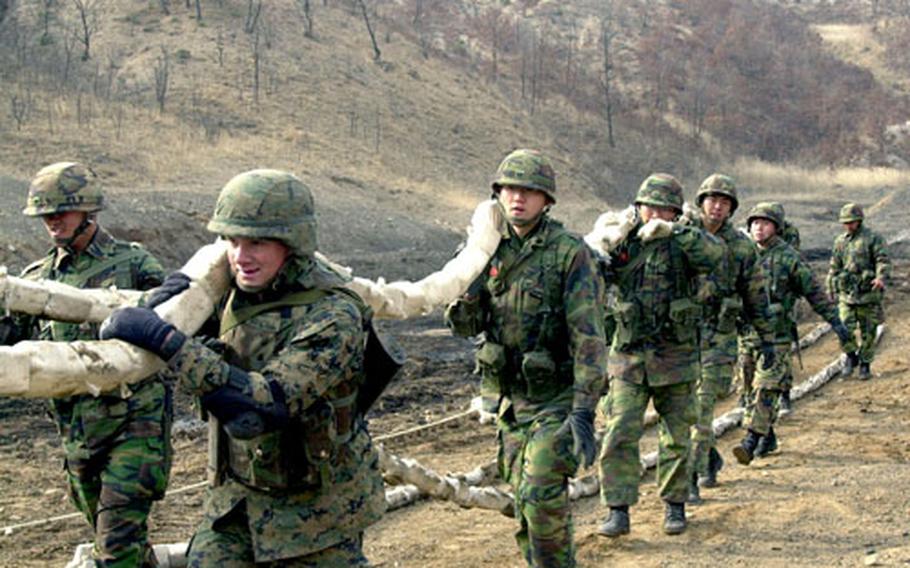 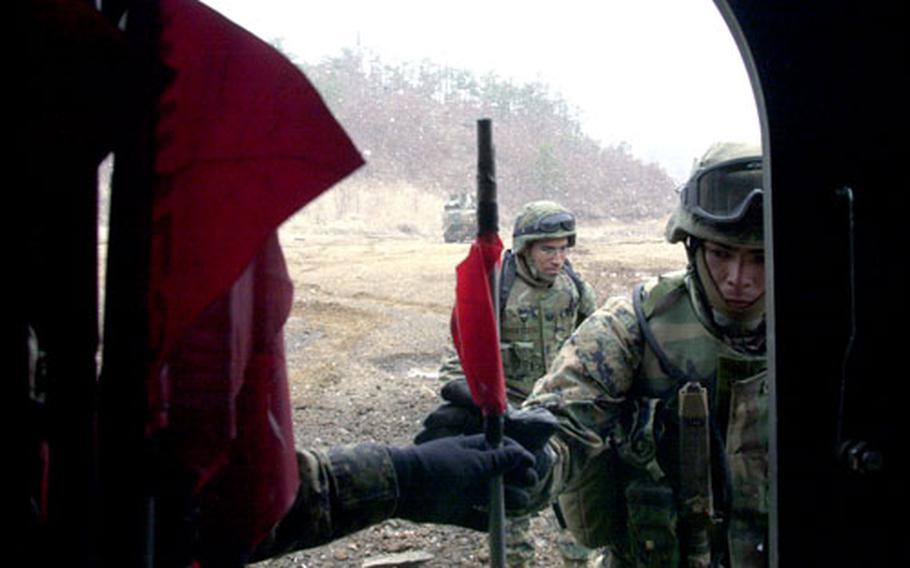 Lance Cpl. Juan Aragon takes a mine marker from another Marine in a South Korean amphibious assault vehicle after a line charge detonation Tuesday at Rodriguez Range. (Erik Slavin / S&S)

RODRIGUEZ RANGE, South Korea &#8212; Most of the Marines marking the soon-to-be-ignited mock minefield hear only the whoosh of C-4 explosives flung through the air.

A few Marines sitting near window slits in the South Korean amphibious assault vehicle see a rocket land in the distance, trailing about 100 yards of white rope and blocks.

For 25 seconds, nothing happens.

Was it a dud? The combat engineers stashed in the vehicle&#8217;s belly still have their hands over their ears when an explosion loud enough to drown out a vintage Metallica concert sends a rumbling fireball skyward.

The fireworks marked one of four successful line charge detonations Tuesday for 30 Marines from the Combat Assault Battalion, based at Camp Schwab, Okinawa, and 20 South Korean marines. The U.S. Marines landed their advance group in South Korea in early March and soon began working on a variety of training that can&#8217;t be done on Okinawa, including line charge launches.

From a trailer attached to the command vehicle, a mechanical arm launches the rocket over the vehicles, with the explosive line attached. The Marines then detonate the charge from the vehicle.

Marines plant flags along the sides of the cleared area to direct infantry and armored units.

The line blasts a path about 15 yards wide, enough for two Abrams tanks to clear side-by-side.

The markers were planted amid mud holes and snow flurries that reminded everyone that they weren&#8217;t on tropical Okinawa anymore.

The weather didn&#8217;t seem to bother the first-timers too much. Navy Corpsman Seaman Jean Atencio took a rare opportunity to jump outside of his specialty Tuesday while planting mine markers.

Some Marines who already had experienced line charges weren&#8217;t quite as excited. But most were at least happy for the change of scenery and the chance to work with the South Koreans.